Home ArticlesHistorical costumes and footwear Whoever Had It on Their Neck Meant Something. Torques Were a Symbol of Power and Status for the Celts

Whoever Had It on Their Neck Meant Something. Torques Were a Symbol of Power and Status for the Celts

Warriors, the rich and gods. Torques - richly decorated neckband "knitted" from gold bars - were mainly worn by Celts in high positions. However, specimens of these remarkable massive neck ornaments appear in ancient Persia. We offer you an insight into the history of torques ...

Torques, Torque or Torq. For the first time, people had already begun decorated their necks in the Bronze Age. The name comes from the Latin torquis, which means to twist. If you look at the torques neckband, you'll understand why.

Most torques were made from gold, other metals such as silver or bronze were also used. Other materials may have been used for production, but only those made of durable gold or silver have survived to this day. As you'll learn below, this probably meant that the rarer the metal, the higher the owner's status in society.

Neck torques were made of twisted metal strands, but sometimes solid metal or hollow tubes were used. One part of the neckband remains open so that it can be put on the neck. Especially at the ends, these ornaments used to be richly decorated. They also used ones that had closures with hooks, rings or locks.

Where They Come From

Decorative Bronze Age jewellery has maintained its popularity across nations. There are examples of ancient torques of Viking origin or torques neckbands of various designs from Ireland to ancient Persia (modern-day Iran). It was also very popular among ancient Romans.

What They Were Used For

However, the Torques neckbands were particularly popular with the Celts. They made these thousands of these jewelled pieces and also depicted their deities wearing torques. The Celtic neckband was worn by people with high statuses, the ornament symbolised their importance and power. Due to their construction, they were difficult to take off, so they were worn almost continuously. It was not exactly easy task due to their weight. However, it was a very valuable legacy, so it was worth it. 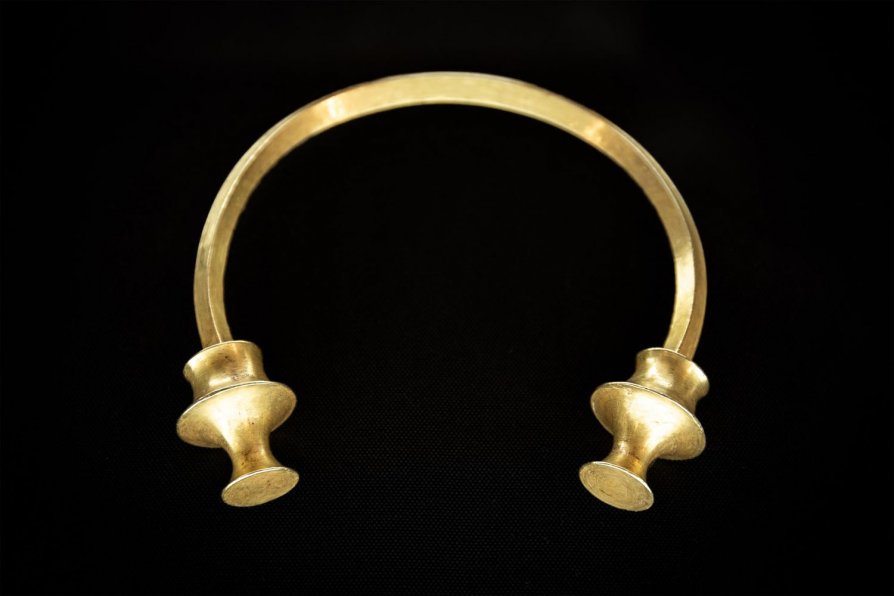 Later, bronze neckband with less rich decoration were made. However, these are not found so often. However, even the "second order" torques also had their importance. They were often found in the graves of warriors and rich women.

Around the latter half of the 2nd century, during the peak of Celtic power, the situation probably changed. The Celtic neckband appears on coins but we cannot find it in found tombs from this period. It entered the world of religion and mythology. Celtic gods began to wear it in their images.

Where It Was Mostly Worn

Ireland holds the record for the number of torques found. The Celts believed that torques also had protective properties. Some still believe it even today.

Some torques (sometimes also a horseshoe on the neck) from the Bronze Age will simply shock you and leave you with your mouth wide open. For example, those found in swamps near Mooghaun Lake in County Clare in 1854 had more than 150 solid gold ornaments that together weighed over 5 kilogrammes.

Or a remarkable torques called the Broighter Collar from the Iron Age. The intricately decorated massive neckband associated with La Tène culture (for many a synonym for Celtic design) is considered one of the best pieces of surviving metalwork in the world. 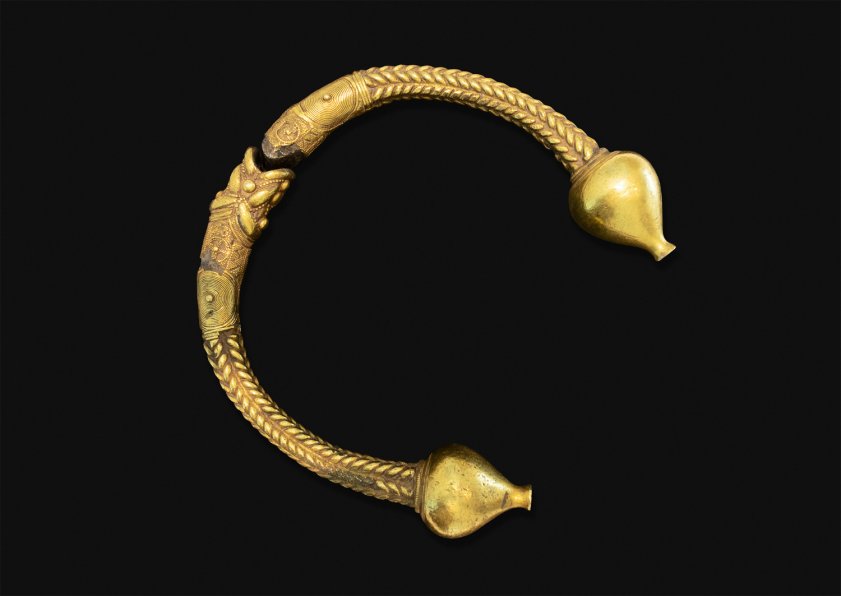 For those who love Celtic history and ancient crafts, torques is an iconic symbol of this beautiful and colourful history. However, massive heavy metal jewellery that is difficult to take off would fail today. For this reason, they are produced smaller and lighter and in an easy-to-wear design.

Hand-forged neck torques are especially suitable for men (mainly because its deployment requires considerable force, because it must be bent slightly). Torques can also be worn in a smaller design on the wrist as a bracelet and often serves as a costume accessory.

If you're more interested in ancient ornaments of the human body, read more about medieval jewellery.