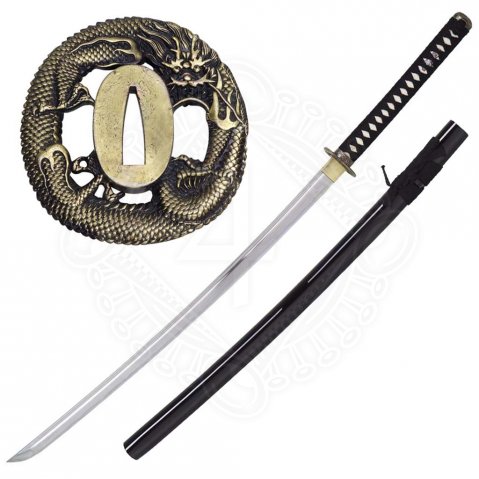 Even today plays the dragon big role in Japan, especially at the New Year's Eve Celebration. On the contrary to the western mythology is the dragon in Japan a fabulous creature that brings luck.

Each sword is delivered with a seal as a proof of originality - You will get the sword in a textile sheath and a premium quality collector wooden cassette.