Home ArticlesArchery and crossbows Many Faces of Archery, a Challenging Sport with an Elegant Weapon

Many Faces of Archery, a Challenging Sport with an Elegant Weapon 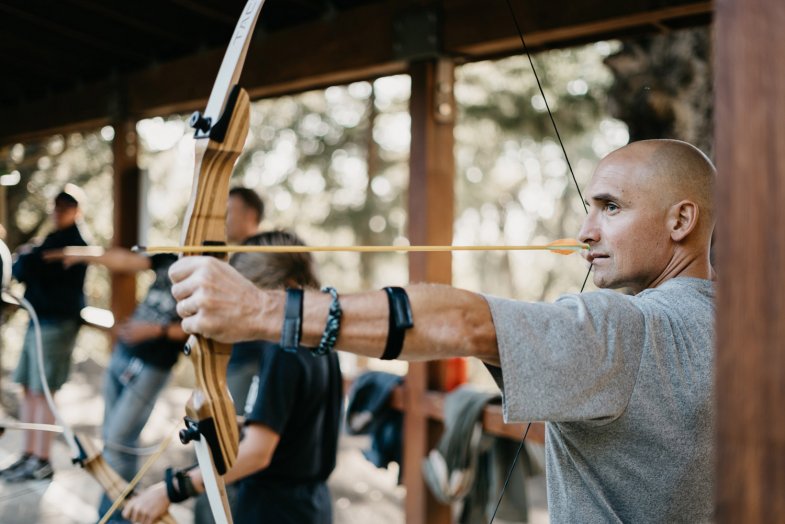 Tiptoeing through the grass, the soldiers are holding their shields firmly over the head. They are moving forward, step by step in a stable formation. Suddenly, someone shouts a command in the distance. A nightmare for every foot soldier. Suddenly, the clear sky darkens as a rain of arrows come scudding through the air. The archers are preparing for another salvo. Get ready, fire! Skilled men on fortified walls have been learning the art of archery from an early age. Even their sons dream of becoming great archers when they grow up. They have been playing with bows since childhood, not knowing they hold a piece of ancient history in their hands.

As Old as Fire, Famous for Elegance

The invention of the bow is as ancient as the discovery of fire. Historians date the first evidence of the existence of bows to 50,000 years ago. However, it took about ten thousand years more for this weapon to develop into a more advanced form, when people started using flint-tipped arrows. Bow was probably invented by an accident; people most likely tied a string to both ends of a rod and found out that, after pulling the string back, objects can be sent flying to the distance, just like with a slingshot. And they began producing first bows and arrows. The first bows were about one to two meters long.

As time passed, bows and arrows became an integral part of military gear. In the Middle Ages, numerous archer squads were formed, and it was their skills that often turned out to be decisive in battles. Boys in aristocratic families were trained in archery since childhood. The best of them have then joined royal military units. 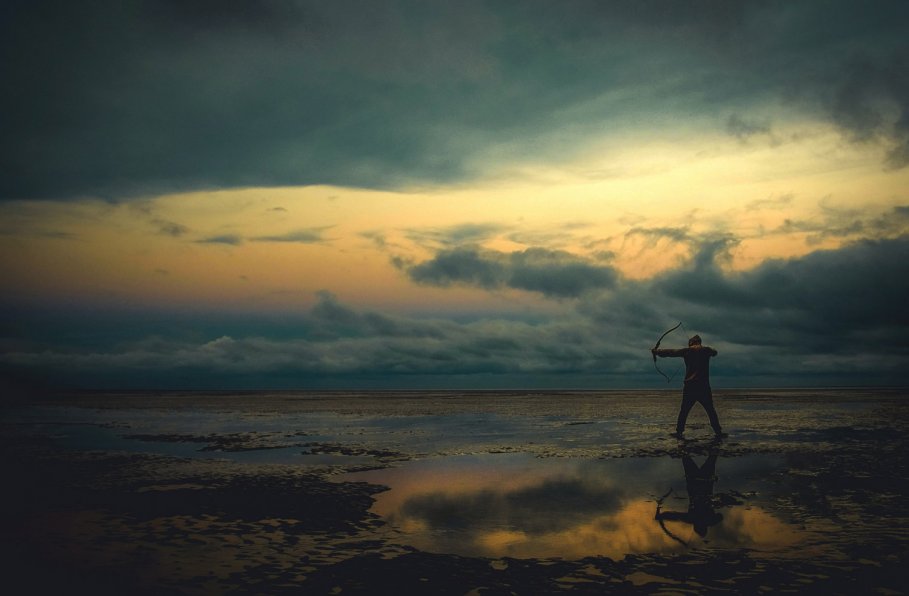 The popularity and development in archery in the Czech lands was no different. The archers of Emperor Charles IV had their own shooting range at their disposal. It was located under the walls at the Powder Tower in Prague. The Hussite era saw the rise of archers. Multiple then ongoing wars made use of bows, crossbows, and emerging small arms.

After the Battle of White Mountain, the archery squads began to disappear. The producers of bows, arrows and quivers also disappeared. The Dark Ages completely suppressed Old Bohemian archery. And this was the time when crossbows and firearms came to the fore.

Archery as a Sport

People have always competed in who can shoot further or hit the target better. However, the modern archery began to form at the end of the 19th century, as it was officially included in the Olympic disciplines. It was a part of the Olympic Games until 1920, then it disappeared. Archery reappeared 52 years later, both as an individual discipline and as a team competition.

Archery has never been a mass sport. The shooters keep repeating the same movement over and over. They pull the string back corresponding to a weight range of about fifteen to twenty-two kilograms. That requires a lot of concentration, coordination, and mental resilience, which is why only a few of the archery enthusiasts remain. Not everyone has what it takes. But anybody can try it out. For starters, it is no demanding sport and neither does it require a lot of equipment. 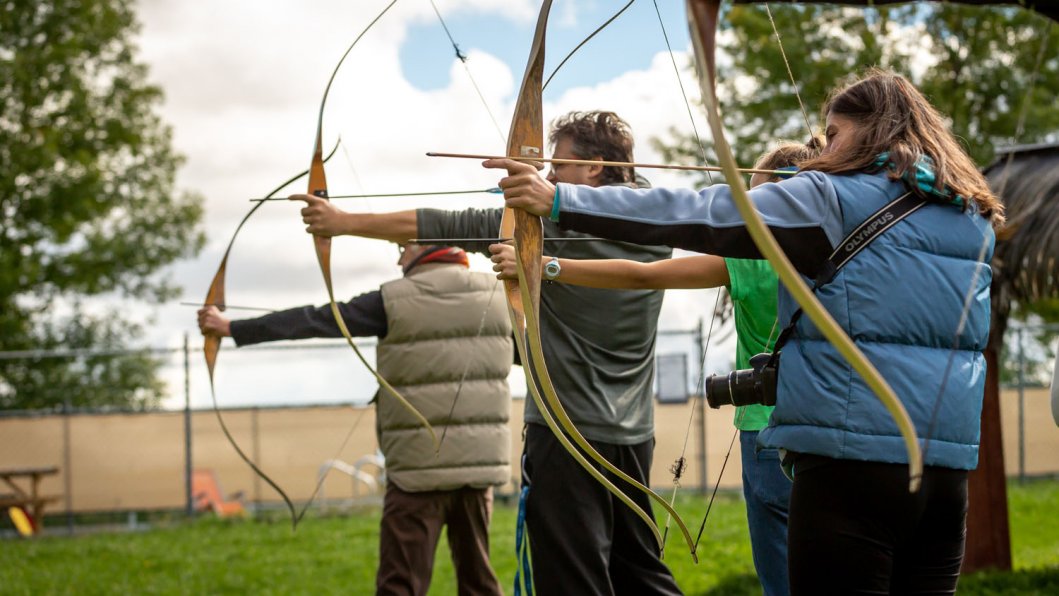 The Czechs began to practice archery in the 1930s, but it enjoys the greatest popularity in the recent years. It is the directors of YMCA Prague, A. First and F. M. Mark, who helped to spread popularity of this beautiful sport in the Czech Republic. They were soon joined by several enthusiasts, and it did not take long until the Czechoslovak Archery Association was established.

The first World Archery Championship was organized by the Union of Polish Archers in 1931. In the same year, a congress was organized, at which the International Archery Federation Fédération Internationale de á l´Arc (FITA) was established. 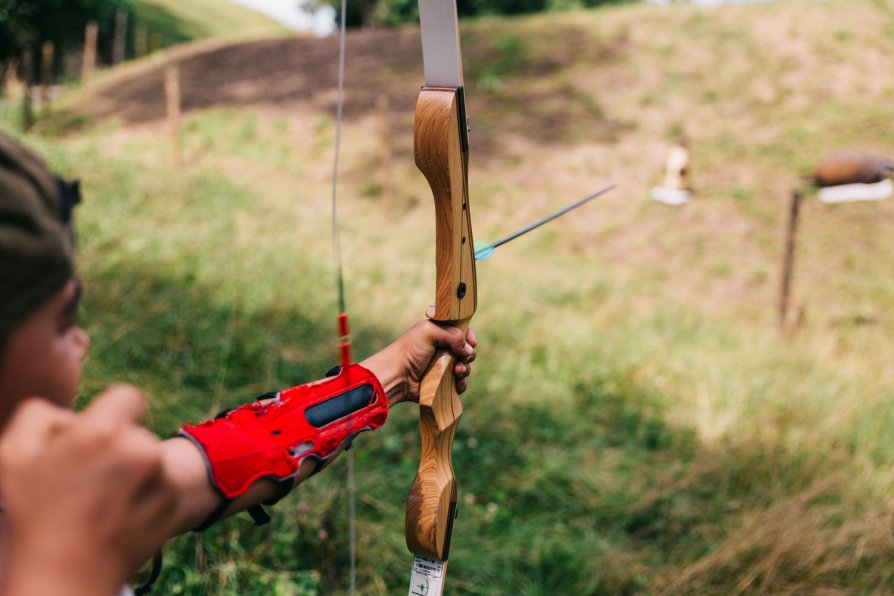 Bow and Arrows. Anything Else?

Bows and arrows are naturally the most important parts of archery equipment. Modern bows are usually constructed with a metal centre section and the limbs consisting of a layer of carbon, veneer, and fiberglass. The bows are further divided into types: standard bows, bare bows, and compound bows. Standard bow is the type most commonly seen at archery competitions.

Bow length and string tension are two factors to consider when choosing a bow. Both parameters of the bow should be adjusted to the archer who is going to use it. For arrows, the most important parameter is the arrow length. For example, for shooting at a 70 m distance (as in the Olympic Games), only carbon arrows with a hollow aluminium shaft are used.

An armguard is useful for longer training sessions. Top athletes also commonly use bow sights and bow stabilizers. In the past, eyes were enough for aiming purposes, but accuracy becomes vital nowadays.

An essential piece of any archer’s equipment is a quiver, a container for holding arrows that is usually worn on archer’s back. Arrows are pulled over the shoulder from the quiver. However, for easier handling, modern shooters wear their quiver at the waist. Archery targets are necessary to have something to shoot at. It also helps to prevent damage to the arrows, which is why the targets must be made of appropriate material. In the past, the targets were made of rye straw sewn together in a coil, but modern targets are made of polystyrene foam. 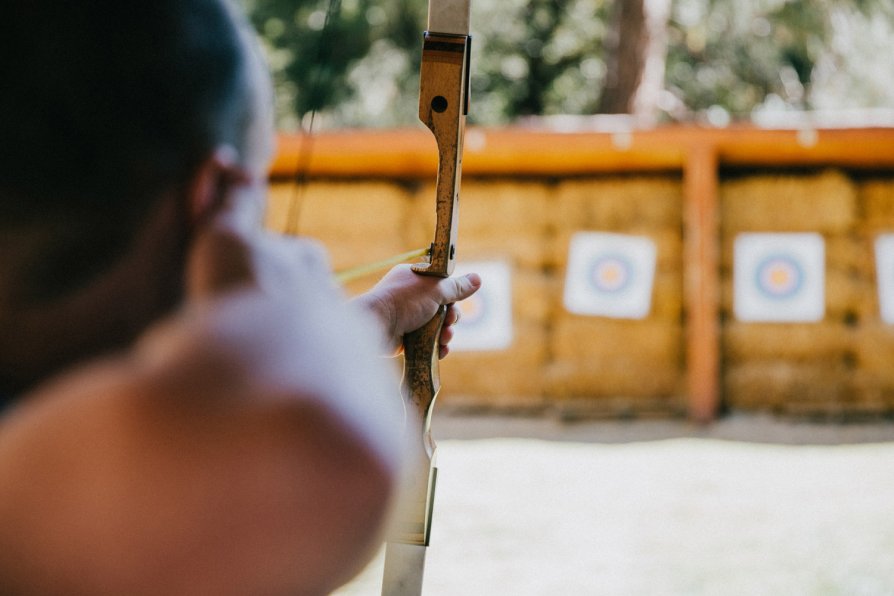 Shoot Away, But Be Careful Not to Get Addicted

The bow and arrow appear in fairy tales, films, and fantasy stories. It is only natural that the sport is growing in popularity and people are curious to try it out. Many fans of history are attracted by this sport, precisely because it requires concentration, certain physical strength, calm breath, and clear mind.

It is not necessary to win a medal in the Olympics right away, archery is just simply worth a try. But do not forget it can be addictive. Every archer will be happy to confirm that this sport is the best.