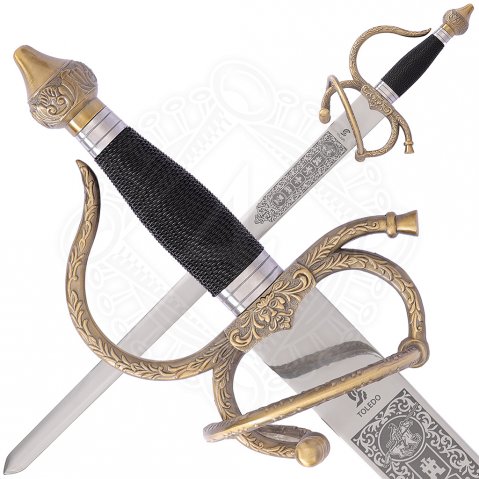 If you put down your email here, we will notify you as soon as the product Sword Colada „El Cid“, Cadet size is in stock again.

THE SWORD OF EL CID

During the alter half of the 11th century the kingdoms of Galicia, Leon and Castilla (now modern- day Spain) were plunged into Civil War.

From this strife emerged a great and honourable warrior RODRIGO DIAZ DE VIVAR Known throughout the world as El Cid.

As his reputation grew his story was retold many times by writers and poets of the day and his name carried the final battle to victory even after his own death.

Art Gladius, after several years of painstaking historical research, are proud to produce the great TIZONA The Sword of El Cid Campeador.

Included in these categories: Famous Swords of Military Leaders and Freemasons