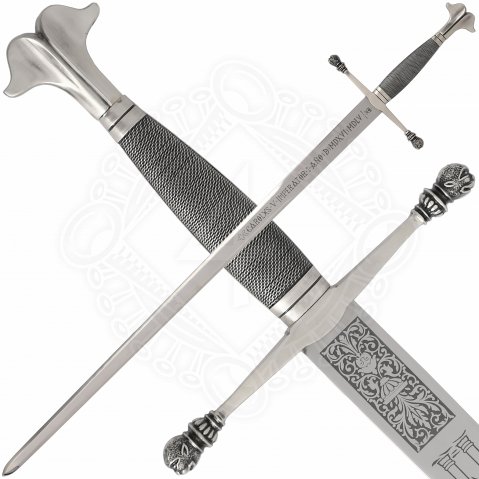 It is one of the most spectacular swords in the history of Spain. Exceptional replica, Sword of Charles I of Spain and V of Germany, Emperor of the Holy Roman Empire. Decorated with the shield of the Hapsburg Empire and Castilla-Leon-Granada, Aragon-Sicily, Austria, Burgundy, Brabant, Flanders and Tirol.