Home ArticlesWeapons The Spear Was a Refined Roman Legionaries Weapon, but the Neanderthals Came up With It

The Spear Was a Refined Roman Legionaries Weapon, but the Neanderthals Came up With It 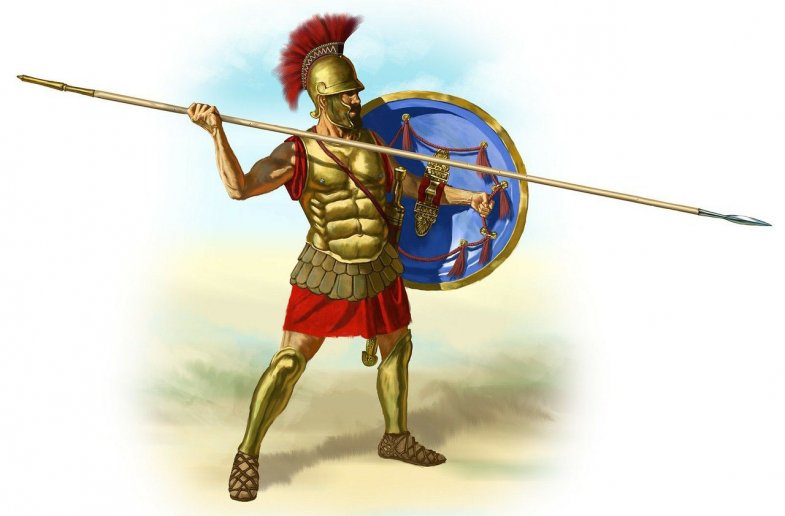 Do you also think of one of the best javelin throwers in the world when you say spear? Jan Železný definitely made this athletic discipline famous in the Czech Republic. However, the spear was originally a stabbing weapon and its history goes back a long way. When did it appear and how did it evolve over time?

The spear is originally a stabbing and throwing weapon. It's basically a rod finished with a tip, which can be made of various materials - stone, bone or metal. The body, rod, handle or lattice is made of wood or bamboo. For the most primitive spears, which lacked a separate point, the sharpened end of the lattice itself worked well. The weapon's perfectly straight body ensures the correct flight path.

The Prehistoric Spear Pointed to the Intelligence of Our Predecessors

The findings of primitive spears show that their history dates back to prehistoric civilisations that didn't have the knowledge of metal processing. Until a few years ago, Neanderthals were perceived by our society as individuals who could hardly articulate. However, the findings of castings of their brains and other research on the remains refuted these claims. It was also possible to prove that the with regard to hunting, Neanderthals didn't primitively club their prey with sticks and stones, but had sophisticated weapons at their disposal.

The discovery of 400,000-year-old wooden spears has shown that the mastery of these weapons isn't their age, but points to our predecessors’ intelligence. They had to understand the basic principles of aerodynamics and physics. They were also able to work with their own balance and the body's bio-motor capabilities. Annemieke Milks' team from University College London found that it was not just weapons that could stab from a close distance. Even then, they were used for long-distance hunting, and the spearheads were adapted to this.

Even the bravest barbarian shook his knees when he heard the sound of whistling Roman spears. Roman spears, also known as a pila, have been the legions' most important weapon for centuries.

This weapon began being used for the very first time at the end of the 4th century BC and has undergone development and changes over the centuries. Compared to the classic spear, the pilum differed in its construction and perhaps became so popular due to that. The Roman spear usually measured less than two metres and weighed up to two kilogrammes. Its sophistication was hidden in the points with return hooks, which prevented a simple ripping from the opponent's shield, or even from the body of the affected fighter. Some variants also had a special pyramidal tip. These insidious tweaks didn't give the opponent a chance.

Gaius Marius, one of the greatest Roman military reformers, allegedly made an important improvement. He replaced the metal nails that held part of the structure in the iron head with a wooden pin. If the weapon missed the target, it was damaged and could not be used repeatedly. The enemies could not aim the saw back at the legionnaires. And other improvements followed. In the early days of the empire, the spear was equipped with small lead weights, which were designed to improve its flight characteristics.

The use of Roman spears had clear rules. As soon as the enemies got close enough, the legionaries began throwing their pilas, signalling the beginning of the fight. This act was well thought out and its goal was to break the opponent's psyche.

Javelin Is a Lightweight and Flying Version of Lance

The javelin was slightly smaller and primarily intended for throwing, while the lances served as a stick weapon and was used mainly for contact combat. The spear's length usually didn't exceed two metres, the lance was on the contrary two and a half to three metres.

The lance has been used for thousands of years, and in ancient and early Middle Ages it played an important role in the struggle of man against man. The individual held the lance in his raised hand and stabbed downward as he moved his arm forward. In the second half of the 14th century, riders began using more massive and even longer lances. 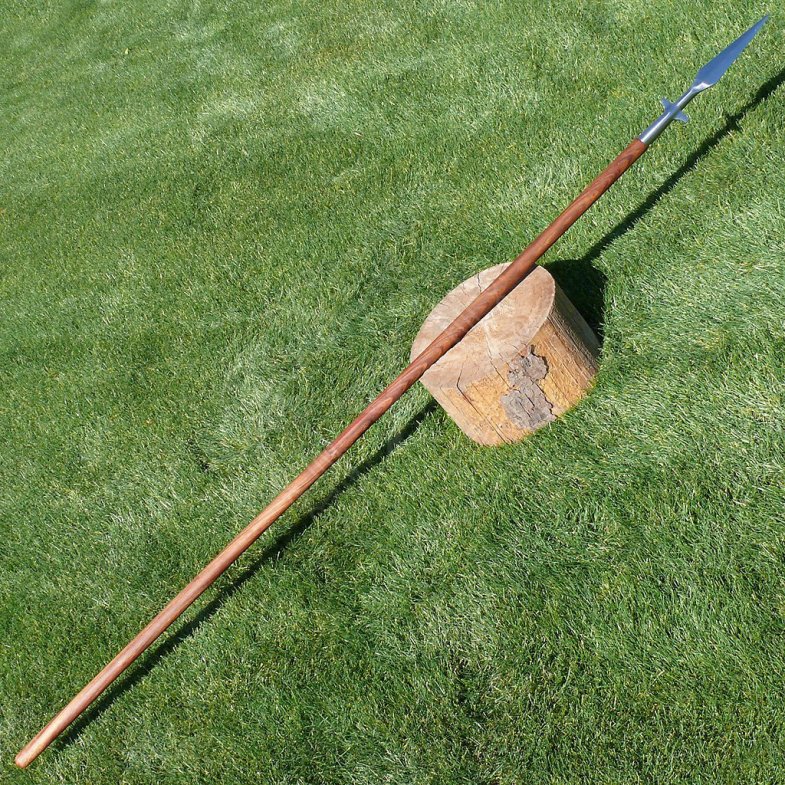 On the contrary, due to its lightness, the spear was used for stabbing as well as for throwing. We currently know it as a sports tool.

Javelin Throwing Is One of the Oldest Olympic Disciplines

The javelin throw was part of the ancient Olympic pentathlon. At present, it's an exhibition Czech athletic discipline, in which Jan Železný and Barbora Špotáková set world records.

The records were dominated in the past by the Germans Uwe Hohn and Petra Felke. However, due to the Hohn throw, the equipment was modified and the world tables were restarted. His Berlin throw rewrote history, as it was the first throw in history to break the 100-metre barrier. Precisely for the safety of the spectators, the javelin's centre of gravity was shifted. Therefore, the distance of the throws was reduced by about 10% and the number of cases where the spear landed flat, and didn't stick meant there were disputes about the validity of the points decreased.

The athletic javelin is made of high-quality hardened duralumin. The female variants are shorter and lighter, weighting around 600g, while male javelins weigh around 800 g.