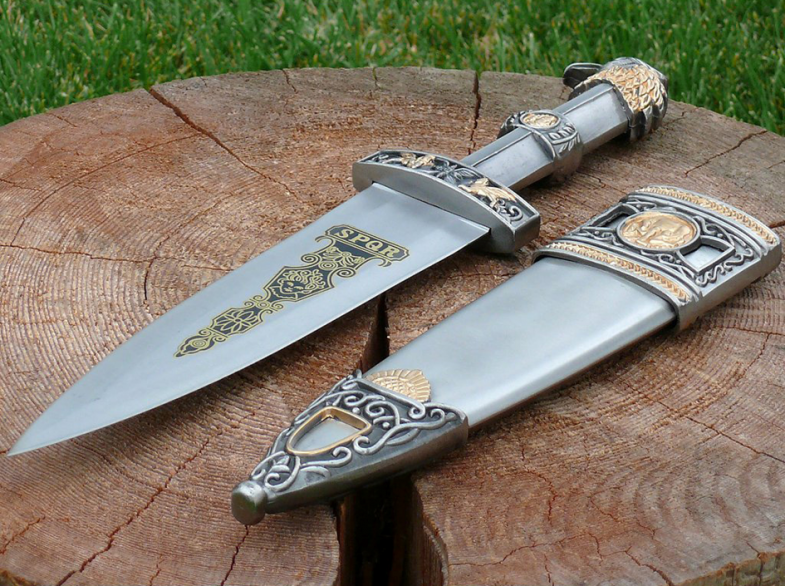 While it was swords that undeniably played the major role in writing the history, daggers played their irreplaceable part as well. For example, a Roman dagger was used by the Disciple Peter to cut off the ear of a priest’s servant in an attempt to prevent the arrest of Jesus. Julius Caesar died by daggers of his friends and allies. Daggers are also mentioned in the works of William Shakespeare, where they are described as a commonly used weapon. So, when and where did the dagger appear for the first time? And what was its function throughout the history?

Known as one of the oldest weapons, a dagger is a sharp stabbing weapon with a short blade. It appeared in almost every civilization and it was used for personal protection, religious rituals or close combat. Unlike a knife, it usually has a symmetrical, double-edged blade with a sharp point and is primarily intended for stabbing. To ensure a comfortable grip, it is equipped with a handle. Most daggers also had a guard and a pommel. As for the length itself, some daggers were short, while others could almost reach the length of a shorter sword. The blade wasn’t always thin, either. The shape of the dagger was determined by the material used for its creation and the design corresponding to its intended use. While a straight slender blade was perfectly suited for stabbing, a curved blade (which became very well-known in the Middle East) allowed for (sharp) cutting as well.

Evolution and History of Daggers

The origin of daggers can be traced back to prehistoric tools that our ancestors created from flints, bones, wood or horns. Unfortunately, only a small fraction of artefacts was preserved until our time, so we can only assume what went through the minds of prehistoric humans. It is likely, however, that daggers developed from primitive knives when the necessity of a stabbing instrument arose. A more interesting turn occurred when metals were discovered. 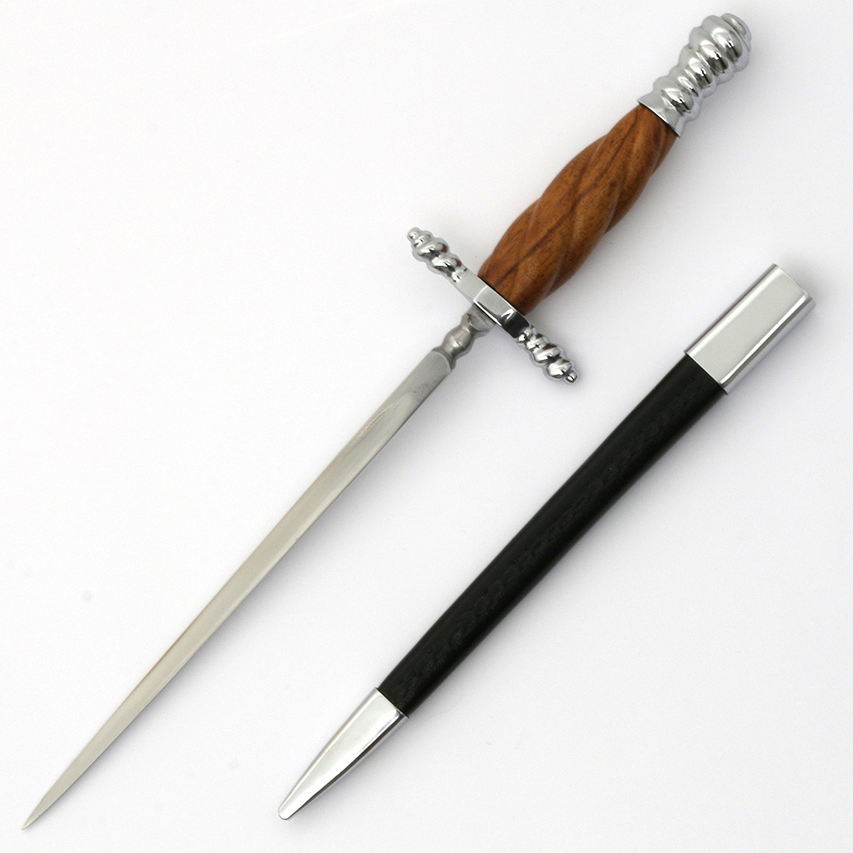 Early copper and bronze daggers were not only tied to spears, but also served as a personal weapon. In ancient Egypt, copper daggers were used as a helping tool for everyday activities. The royal family, however, possessed daggers made from gold. In the past, next to no importance was put on design, the most important attribute of a dagger was practicality. Nevertheless, Egyptian craftsmen were able to create decorated daggers which were widely used for temple ceremonies or ritual sacrifices.

The Iron age opened room for new possibilities. The daggers made of iron and steel were sturdy, flexible and firm at the same time. As metal processing technology developed further, skilful craftsmen created daggers of various shapes which were rich in decorative details. This weapon also became a component of the army equipment in many ancient civilizations. For example, the Greek hoplites were equipped with a long spear and a short sword or dagger. Legionnaires also relied on Roman daggers (pugio) which served as a backup weapon to Roman swords.

Various Nordic cultures used an equivalent of daggers called “seax”. There is virtually no reference to this weapon in the early Middle Ages. The change came, however, around 12th century, as historical records begin to mention the term “knightly dagger”. It was a small-scale imitation of a sword with a hilt. This type of dagger was primarily used as an infantry weapon for close combat. It could easily penetrate through the enemy’s helmet visor and other gaps on their armour.

In the Renaissance era, daggers were a part of everyday apparel, as it was generally allowed to carry these weapons around. Decorated daggers with expensive materials served as an indicator of a person’s social status. The cheaper and more common type of daggers was used by the commoners as well – for cooking, simple reparations or farming.

Daggers have found their use even in the modern age – especially during World War I. It was highly impractical to use sabres and long swords in trenches, which is why daggers became a common weapon. During World War II, decorated daggers have made a comeback as symbols of higher status and power. Even today, battle daggers find their use in the army. They are most often used by special units as a backup weapon in man-to-man combat.

Daggers can be further divided into several categories based on the specific shape of the blade. Perhaps the most common type, which can also be seen in many historical movies or TV series, is a uniformly tapered blade with a sharp tip. A typical example would be the so-called stiletto which originates in Italy. In the past, it was the most popular weapon used to finish off a defeated opponent.

Maybe that’s why stiletto was also called the “weapon of mercy”. It was characterized by its short guard and a very thin and long blade. Stabbing someone with it could cause serious internal wounds without any distinct signs of bleeding. Stilettos with the thinnest blades were called misericorde and their blade was so incredibly thin that it could penetrate the gaps between armour plates.

Another type is phallic daggers (and later bollock daggers). This type of dagger got its name after its distinctively shaped frontal part of the wooden grip. It has appeared in various portrayals of knights and warriors since the 14th century and extended its scope of users to citizens and peasants in the subsequent years.

Scottish dirk daggers with a short and round grip was another widely used type of dagger. It could be found in the arsenal of officers and drummers in Scottish regiments. It was more of a ceremonial weapon – the oath of steel, which was believed to possess magical properties, was a symbol of honour of all warriors from the Scottish Highlands. A dirk was also part of the traditional uniform that was worn in Scotland during the 19th century. Daggers with curved blades, typically seen in Eastern European weapons, are also very well-known.