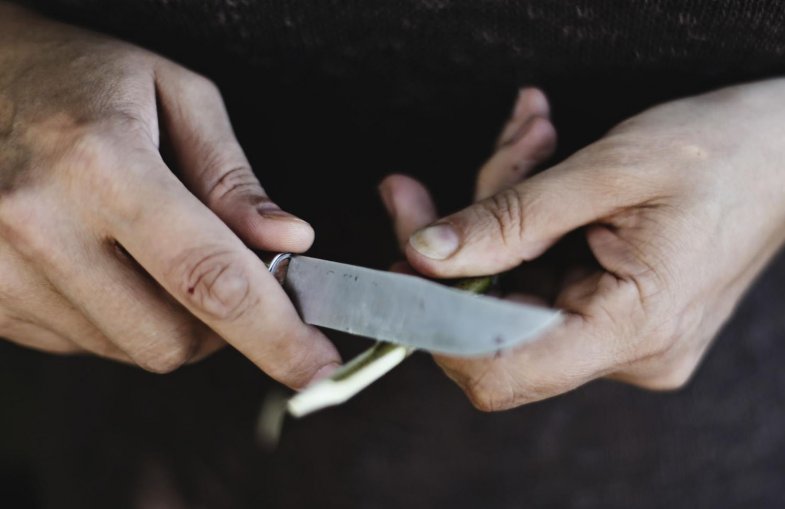 You couldn’t really find a more versatile tool. The knife was one of the first weapons and also household helpers. We can see it in the cutlery drawer, in battle reconstructions, in self-defence lessons, in shops or when collecting mushrooms. Everybody uses one, most of us can handle it deftly. Where did it come from and how did it evolve over the centuries?

At present, we can find virtually any type of knife. They have undergone a long evolution since their inception in prehistory. Despite its age, we are undoubtedly talking about a tool without which civilisation could not exist. Let's have a closer look at them.

A knife consists of an elongated blade, usually steel, which is connected to a handle. Whether we are talking about a combat, a kitchen or a pocket knife, they’re all used for cutting or slicing. We can also comfortably use them for spreading butter on bread. It always depends on the purpose for which the knife was made. There are some knives that have survived for several thousand years. This is possible due to the basic rule for using steel to make blades: the harder the steel, the harder the blade is to sharpen, but the longer its blade lasts. 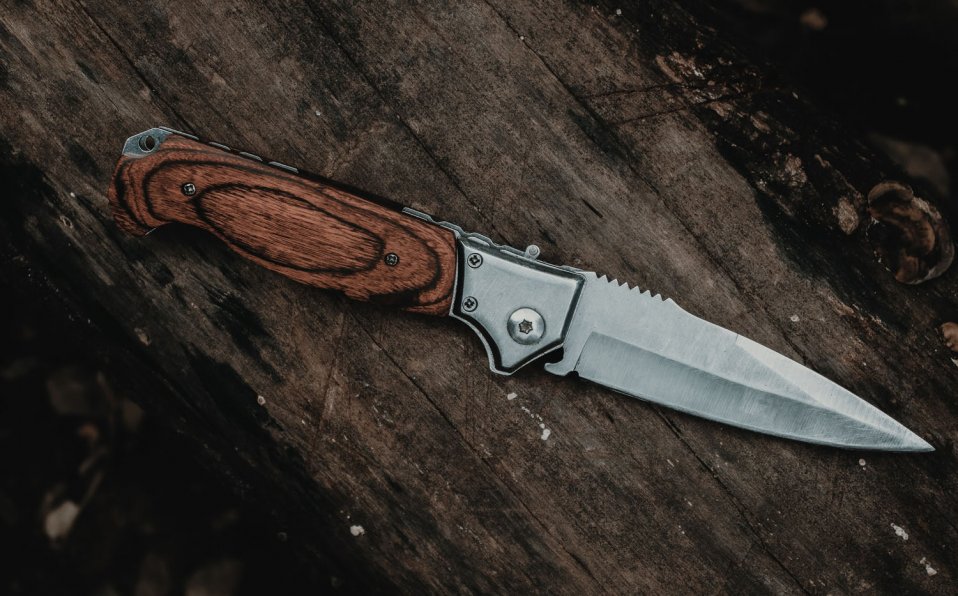 We can find the oldest knives in the Palaeolithic period. The original knives were stone, carved from flint into an almond shape with a blade. Later, people began to add various types of handles, most commonly made from bones and wood. Obsidian became a new material, whereby it was possible to cut out even the more complex shape of a knife. Five thousand years ago, when man began working with metals, copper and bronze were most commonly used to make knives. In South America, knives were also made of gold. In the Iron Age, all other metals were cast aside by iron.

With the advent of the industrial revolution, the production of knives changed from exclusively manual to serial. The main reason was the reduction in labour and other costs. At the same time, the popularity of folding knives began to emerge. The main production centres were in Germany, England, Sweden and Russia. Despite industrial automation, knives were not processed perfectly, they rusted more often due to the materials used. Nevertheless, a wave of their popularity rose because almost everyone could afford them due to the low price.

A Knife As an Ideal Fighting Weapon

Same as other tools used in everyday life, people used knives for fighting. Later, the armourers realised that knives would also be useful for soldiers at war. When a rifle or bow fails, a knife doesn’t have to be reloaded. It’s light, can be hidden and can be handled well with just one hand. Therefore combat knives soon became an essential part of a soldier's basic equipment.

For this reason, combat knives are adapted to be inserted into a sheath behind the waist or into a scabbard attached to a fighter's thigh. There is also a type of knife called a bayonet.

The sheath itself is a common accessory for knives. Whether people take it with them for trips to nature or anywhere in the field, the knife cover protects them from possible injury, and it also makes it more difficult to lose the knife. 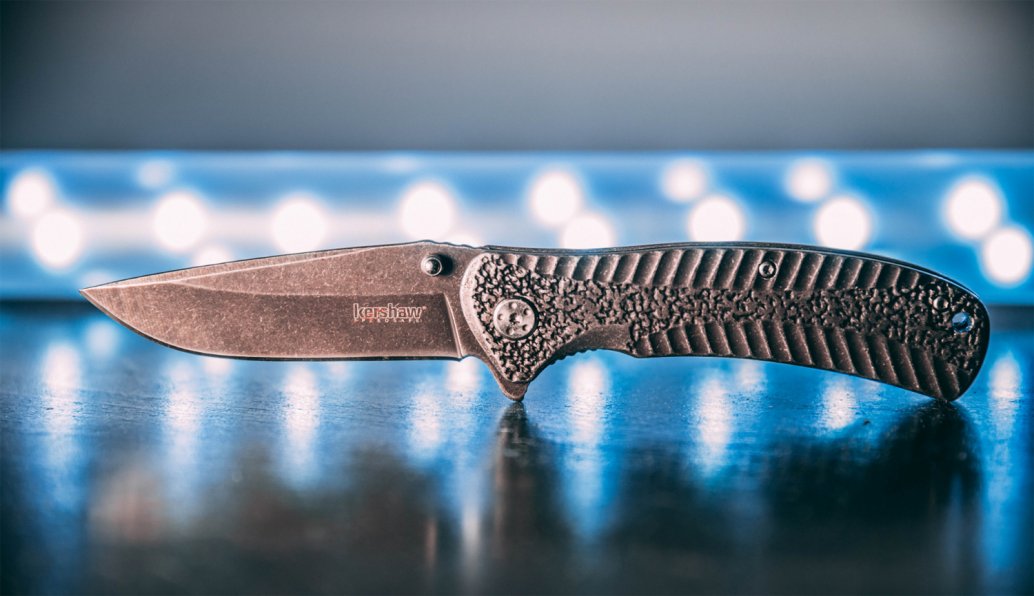 Independently of this, this special type of knife was developed on several continents simultaneously, especially in Africa and Asia. According to surviving sources, the very first throwing knives came from Africa. Historians state that they were created sometime in the seventh century AD on the territory of today’s Sudan. From there, they later spread to Congo and other parts of the African continent.

They didn’t look as we know them today. Instead of a slender body, they were much larger and consisted of several blades. People called them Kpinga and used them in combat, hunting and ritual ceremonies. Today’s throwing knives mainly got their shape thanks to the development and simplification of production.

According to historians, what is strange is that weapons very similar to these knives appear on murals in caves in Libya. However, mentions of throwing weapons have disappeared from the local culture, so nowadays we can only assume how the tools found their way into such paintings and whether they are really knives. 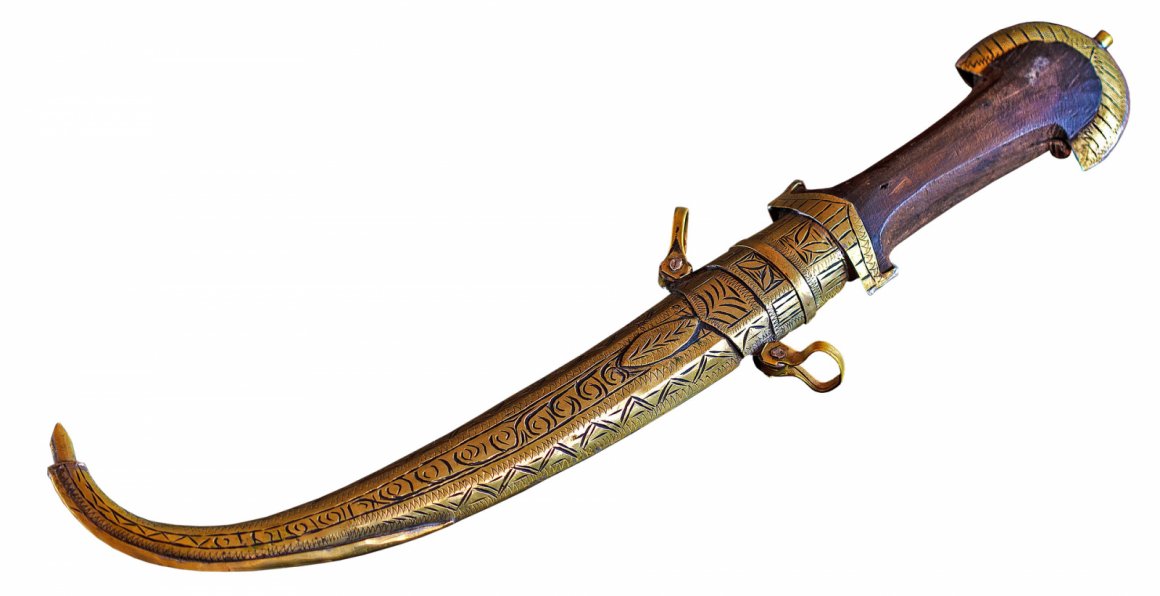 Japanese Knives Are Still the Best on the Market

The Japanese masters were, and still re the best knives and sword makers. Independent of developments in Africa, local blacksmiths worked to improve this tool for their ninja warriors. They used several types of weapons, including throwing knives, stars or swords.

An interesting pattern was created on the blade thanks to the specific forging and folding of two or more types of steel. This is called damask steel. The Japanese, along with others soon discovered that the most important thing is working with metal. Thanks to the ideal ratio of the steel’s hardness, they were able to create a blade that didn’t rust, withstood impacts without cracking, and therefore allowing them to be perfectly thin. Today, we know these design knives as Damascus knives.

Today's form of knives is known primarily as machine. Although if you want a perfect knife that lasts you for the rest of your life, you’ll take care of it regularly and sharpen it carefully, it is worth paying extra and having it handmade, in an old style, from a proven knife maker. You can sharpen the knife perfectly even at home with the help of whetstones or grindstones.