Home ArticlesInteresting facts of the past Gurkhas and Kukri 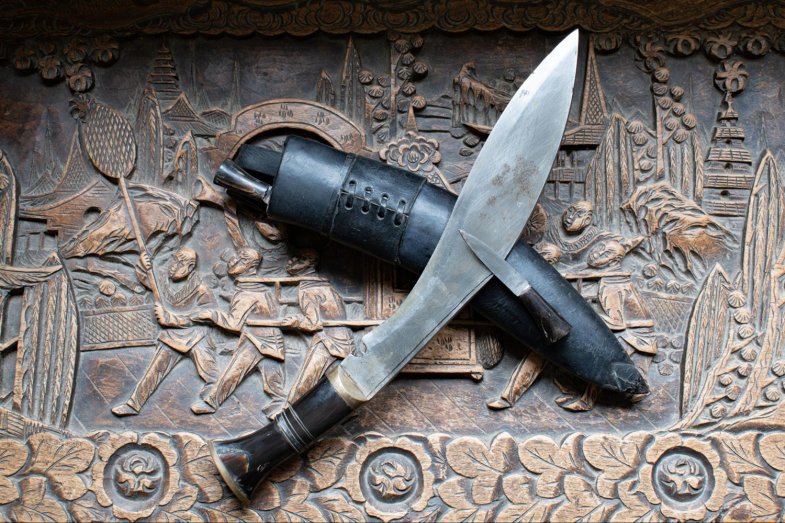 Gurkhas are soldiers of the Indian Subcontinent, famous for their bravery and the Kukri combat knives. They fought in both world wars alongside Britain and were known for their military prowess. Brave Gurkhas were unstoppable. Their closest companion was a fear-inspiring knife Kukri. Would you like to know more about their training? Read on!

The Gurkha are military units in the Nepalese and Indian armies, originating in the region between Kathmandu and Pokhara. The region is today named after them and can be found on the maps as “Gorkha” or “Gurkha”. The magical landscape of the region is marked by snow-capped peaks of the Annapurnas and the magnificent Himalayas. Nothing in the peaceful landscape suggests that some of the world's most feared warriors once used to reside here.

Brave Gurkha warriors made an impressive entrance in 1814 during the Anglo-Nepalese War. The British were so impressed by their bravery that they decided to turn their dangerous enemies into powerful allies, and so the Gurkhas joined the British army.

They fought shoulder to shoulder with Britain in most of the major wars that followed. They prevented the Muslims from invading India, fought in Turkey, Burma, Kosovo and other countries. In the two World Wars, they belonged to the most feared warriors in the world. Some enemies even chose to flee the battle rather than face the Gurkhas.

Not surprisingly, once their enemies heard the battle cry "Ayo Gurkha!" they started running. Gurkhas never surrender - they would rather die than give up. Perhaps it was because of their courage and total commitment that they were often put in the front lines. Gurkhas are still a part of the British army today. They can navigate through difficult terrain, fight at night or adverse weather conditions. 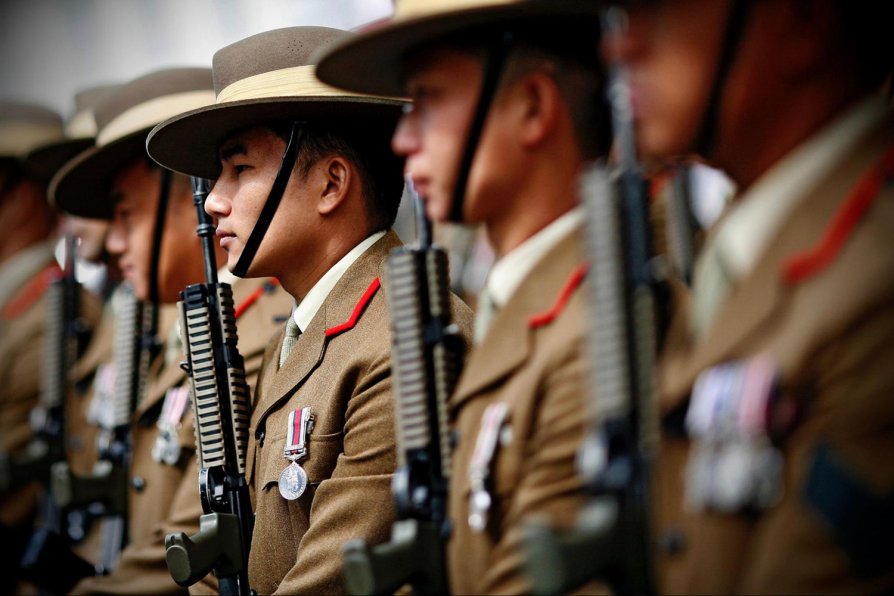 Kukri Knives Can Cut Through Everything

Similarly to the Japanese samurai who are associated with a specific weapon - the katana - the Nepalese Gurkhas also have their signature weapon called kukri - a machete-like knife with a curved blade. The kukri comes in many shapes and forms - there are around 200 different variants of the knife varying in length and weight. Additionally, it is not always used as a melee weapon. Kukri can be used to cut through the jungle, to harvest crops or chop wood.

It's primary purpose, however, is melee weapon. It is a massive and heavy knife with a sharp blade that can cut through human flesh as well as through most of whatever can block your path South Asia. Kukri handles are usually made from hardwood or buffalo horn, sometimes also ivory, bone or metal.

Kukri blades are made of polished steel, often with ‘fullers’ or grooves that reduce the weight (ca. 500 g) while keeping strength. The knives often have a traditional notch (Cho) at the base of the blade. Various reasons are given to it - for example that it makes blood drop off the blade rather than run onto the handle and make it slippery.

According to one of the legends, the weapon cannot be sheathed "until it has drawn blood”.If the warrior drew the weapon and there was no fight, he had to at least cut his hand before sheathing it. 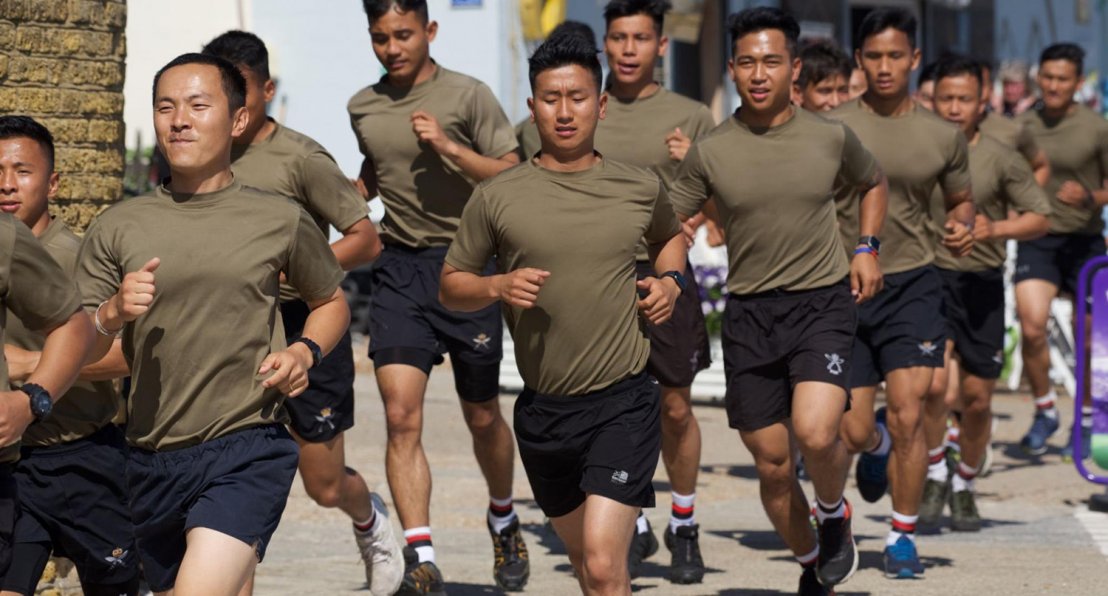 Being part of the Gurkhas is very prestigious in Nepal. Thousands of Nepalese boys express interest in joining the army every year. However, they have to meet strict criteria. Before enrolment, recruits have to pass English, maths and physical tests.

For example, applicants must complete a 5km uphill run with a basket loaded with 25kg of stones. Because the Gurkhas are recruited as allies of the British army, the recruitment also includes tests on Western customs and traditions. After all the tests and stages of selection, only a small percentage of the applicants make it to the Brigade of Gurkhas.

Money is an important incentive for joining the army in Nepal. Some Gurkhas earn enough money to support whole villages on top of their own families. Indirectly, they also support Nepal.

The Awards for the Gurkhas

And what happens after they retire? After 4 years of service, Gurkhas can apply for a British passport and settle in the UK, where they receive financial benefits. They can also choose to couch and train the armed forces and help the next generation of Gurkhas, or become security workers for the Sultan of Brunei.

Being part of the Gurkha troops brings prestige and reputation, and also acknowledgement from British politicians, as well as great career options after a few years of service. The current Gurkha unit has already received 26 Victoria Crosses - the UK's highest military award for valour.

The Nepalese sergeant Dipprassad Pun also received Conspicuous Gallantry Cross after single-handedly winning against 30 Taliban soldiers in 2012, while saving 3 wounded soldiers. For his services, he received the award from Queen Elizabeth II.

Experience for yourself what it feels like to hold a kukri knife. Take a look at our website and you will surely find your favourite! If you have questions or you want to try the weapons before buying, you can have several of them delivered to your home, try them out, choose one, and send the rest back. We have a smooth return and refund policy.