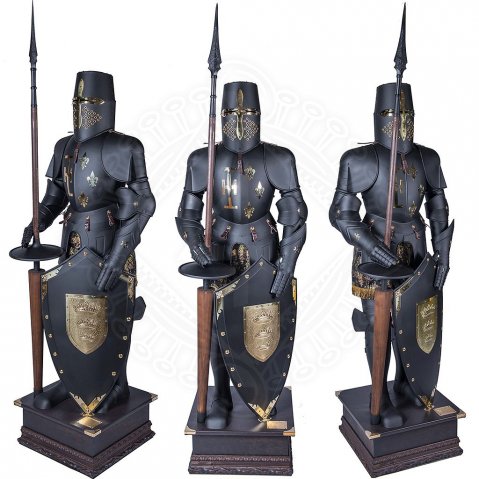 Ornamental tournament full-suit armour with blackened finish is ready to be exhibited in the entrance hall of your house e.g.. The delivery includes a pedestal, spear, shield, armour parts and all necessary parts to mount the armour after the photo.

If you put down your email here, we will notify you as soon as the product Black Tournament Armour, 16. cen. is in stock again.

As this armor is completely made by hand by expert armourers, its production is LIMITED by the quantity of approx. 30 suits per year.