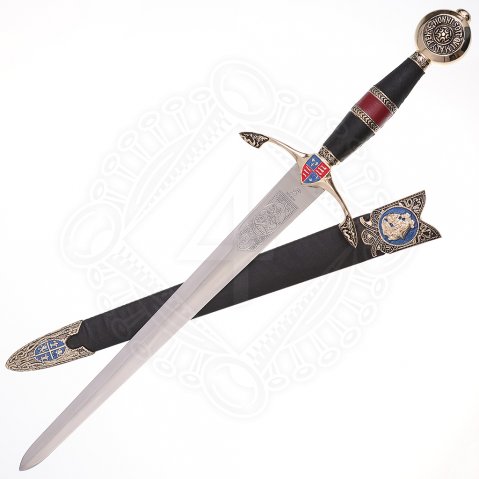 Edward, Prince of Wales, known as the Black Prince for the colour of his battle armour and weaponry, had a glorious military career capped by great victories at Crecy and Poitiers in the Hundred Years’ War. He is immortalized as a founding member of the Knights of the Garter, an Order based on the principles of the Round Table and still surviving today under its motto HONI SOIT QUI MAL Y PENSE (damned is he who thinks evil).

The Sword of the Black Prince, reproduced from the milled effigy on his tomb in Canterbury Cathedral, is a wonderful reminder of this medieval hero.