Home ArticlesWeapons Damocles’ Sword - a Legend That Is Still True

Damocles’ Sword - a Legend That Is Still True 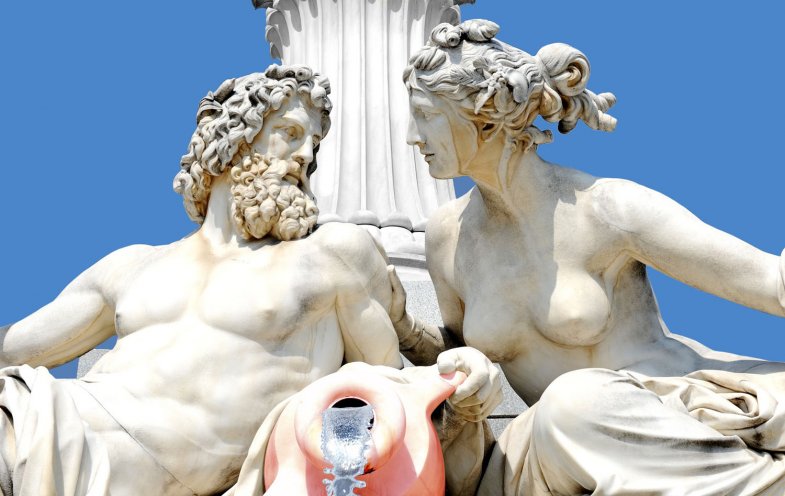 A sword blade dangled above his throat, which Damocles paid no attention to at first. Although when he noticed it, he suddenly realised that he could no longer rejoice and enjoy the prosperity that surrounded him. The food in his mouth became bitter and the paintings on the walls curled up into strange shapes. Instead of happily enjoying the gifts of a monarch, he suddenly wanted to be as far away from the palace as possible. Therefore, the feeling of not being able to rejoice at a time when danger awaits us began to be called the Damocles’ sword. Although, we should call it Dionysus’s sword. Why is it so, and how did it all end?

If we look for a connection to Damocles’ sword, we will search in vain in armouries, books on the art of war, and similar sources. It doesn’t really matter what the famous weapon actually looked like. The name is associated primarily with a stable phrase, which entered the dictionary as a comparison. However, it is incorrectly named.

Dionysus Was Shaved by His Own Daughters; He Had No Trust in Other People

The Syracuse military leader Dionysus I, known as a despot and tyrant lived in the fourth century BC. His power mainly relied on the hired army. He lived in luxury, yet one thing bothered him that kept him awake. He couldn’t rid himself of the fear for his life. He suspected that if the people revolted, they would want to punish him for his rule. So, although he lived in a lavish mansion surrounded by good food, fine art, and other conveniences, he couldn’t be truly happy. Surrounded by bodyguards, his life was similar to prison life.

He became paranoid. He would never entrust his throat to a barber. When his daughters grew up, they had to shave their father and cut his hair, although such activities were certainly not fitting for royal daughters. Dionysus was so distrustful that he wouldn’t entrust his own life to anyone else. When the girls grew up, the ruler also began to fear them. He hid all the scissors and knives from them so that they couldn’t use them as a deadly tool. Nevertheless, the girls continued to cut their father’s hair, so they warmed up the nutshells and burned his hair and beard. 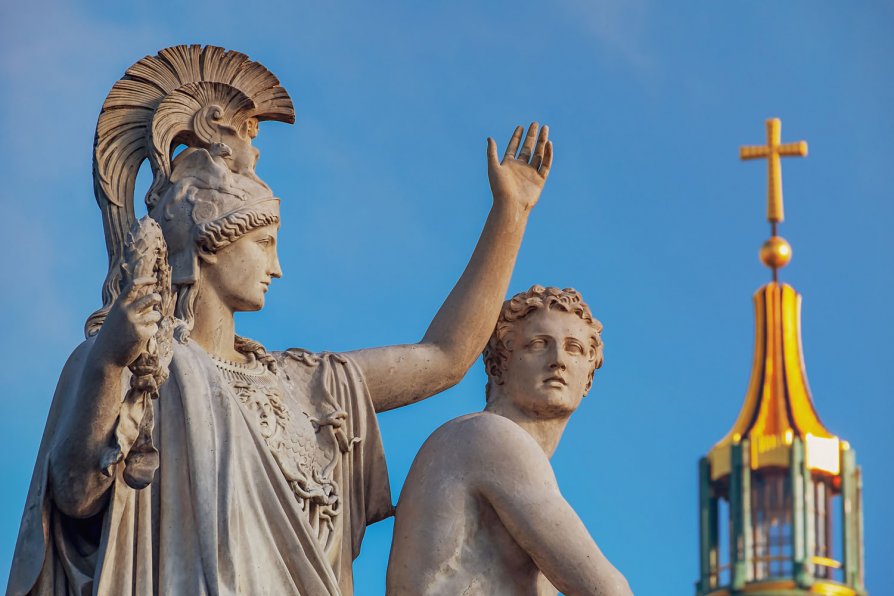 The Paranoid King Had a Special Bed Made

Because he was so worried for his life, he had a special bedroom made with a strange bed. It was surrounded by a wide protective moat. A wooden bridge was laid over the moat, leading to the door from the room. When the king closed the bedroom door, all he needed to do was to raise the bridge so no one could silently approach his bed.

Anxious fear wouldn’t even allow him to leave his own palace. When he wanted to talk to people, he announced everything from a high tower.

Damocles Knew of the King’s Paranoia at First-Hand

One day the king talked to his courtiers. As always, they flattered him, Damocles was the best at that. He claimed that there was certainly no one happier than the ruler himself. Dionysus didn’t want to lie or explain his eternal fear. Therefore, he gave Damocles the offer that he could taste the king’s happiness himself.

Damocles looked forward to discovering the king’s happiness, at least temporarily. Of course, Dionysus immediately made that wish come true, although he had an idea up his sleeve that would bring Damocles down to earth and perhaps show the king what his situation looked like from the other side. Therefore, he ordered Damocles to sit on a golden lounger covered with a beautiful works of art carpet, and had several luxurious tables set-up around him. Expensive gold and silver cutlery silver shone on them. Then he ordered beautiful young men and women to approach Damocles and pay close attention. Their task was to fulfil any courtier’s wishes. 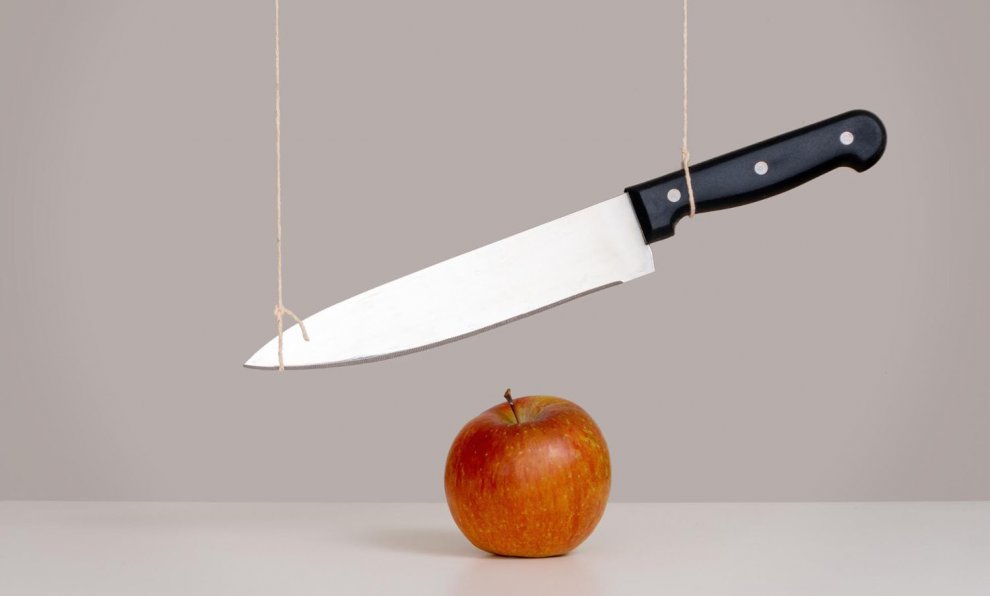 It looked like a fairy tale. The whole hall was filled with an intoxicating scent. Great food never appeared to diminish, the waiters continued to bring more and more delicious treats, and the courtier enjoyed every sip of the sense of power the king bestowed on him. Damocles was smiling a lot and was extremely pleased. After all, he had everything he wanted at his fingertips. So, he was happier than ever.

However, in the middle of the feast the ruler lowered a sharp sword from the ceiling on a thin horsehair, aimed at Damocles’ head. At first, the courtier hadn’t noticed the weapon, and continued to enjoy the opportunities he received thanks to his flattering words. Then he noticed the sword hanging just above his head. Suddenly, due to fear, he no longer saw beauty, abundance, and exuberant merriment. He immediately gave up his position and promotion. All he wanted at that moment was to get as far away from the king as possible.

The fear that paralyses a person from the pleasure around him has since been referred to as the Damocles’ sword. 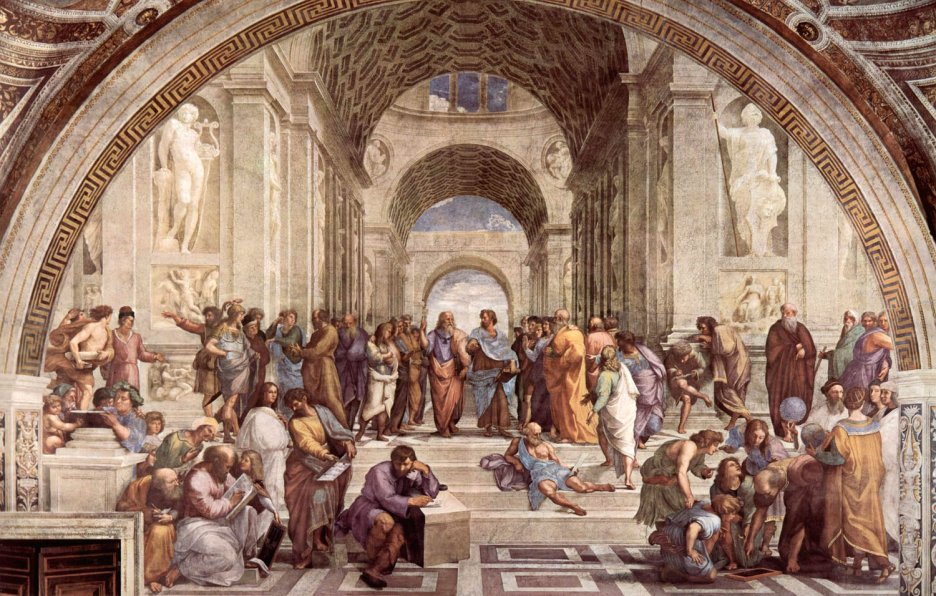 Fear of death and betrayal hangs over every tyrant or dictator, but it can also cripple an ordinary person. If we speak in metaphors, it can be said that the stronger the remorse people have, the thinner the horsehair on which the imaginary sword hangs. How much should we allow the idea enter our life?

We still don’t know the true form of Damocles' sword. It’s not about the blade itself, yet historians agree that it was probably a fairly common type of Greek sword. Unlike other swords, however, it had the feature of hanging, the shield had to be adjusted accordingly.