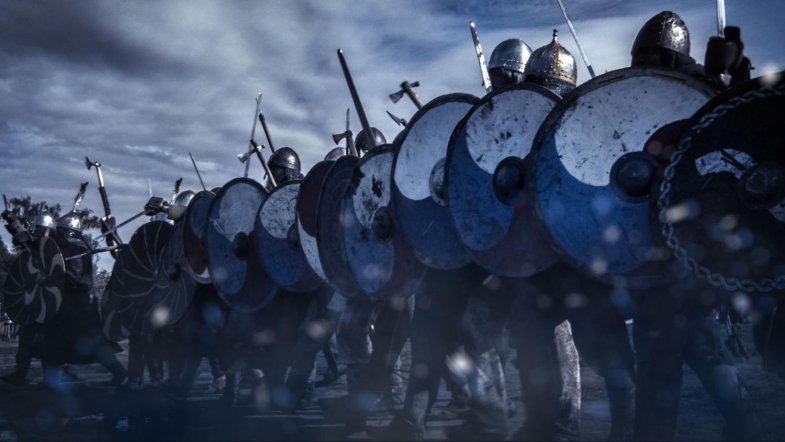 Brave knights, to arms! Helmet, armour, iron gloves, sharp sword... got everything you need? Not quite. Without a robust shield, you can't deflect powerful blows nor flying arrows. Whether you've pledged your allegiance to Julius Caesar, King Arthur or Wenceslas IV, you can defend yourself against any foe if you have a good shield and a good commander.

But before you saddle up your horse and charge into battle, make sure you equip yourself with good armour and with some useful information. Learn about different types of historical shields and let the knowledge you gain protect you in the heat of the battle! With the coat of arms of your kingdom displayed on your helmet and your shield, everyone will know which side you are on.

More Than a Piece of Wood

Whether they were round, square, wooden or metal, they all had one primary job - to protect the bearer from injury. But it can also be used as a weapon. The sharp, hard edges of the shield could give an opponent with imperfect armour a hard blow.

The main plate of the shield was convex and was made of willow withy, wood, metal or even tortoise shell. Coating the shield with rawhide made it more durable, but a few pounds heavier. However, the impressive texture of the scratches in the wood or rawhide added to the warrior's respect.

To prevent an opponent from knocking the shield out of the warrior's hand, it had to be properly attached. Most shields are held by means of two leather straps crossing over at the hand and a third strap around the warrior's forearm. The only exception is the Viking shield, which was held by a metal handle in the centre of the shield.

Although the shields are robust, a well-sharpened spear or arrowhead can pierce them easily. That is why warriors since the early Middle Ages used a round, convex or conical piece of material at the centre of a shield called shield boss.

The function and shape of historical shields have evolved over centuries.

Large shields were unpractical for a mounted knight, so knights on horseback began using smaller shields over time. The special shape of the shields were tournament shields or Bouche shields, with a notch or "mouth" for the lance to pass through.

Infantry shields took the opposite tendency, designed to protect as much of the body as possible. Pavises were shields that could hide the whole warrior’s body. However, triangular or round shields were more common.They had shield boss to protect the soldier's arm.

If a knight wanted to engage with his opponent in a close combat, he needed something smaller in the left hand. The ideal solution was a buckler. The small all-metal shield deflected dozens of blows and protected the hand.

Shield shapes are most often divided into:

Even a strong knight should not underestimate his endurance. Which is why weight is an important factor when choosing a shield. A 60 cm round metal shield weighs almost 7 kg (15,5 lb) 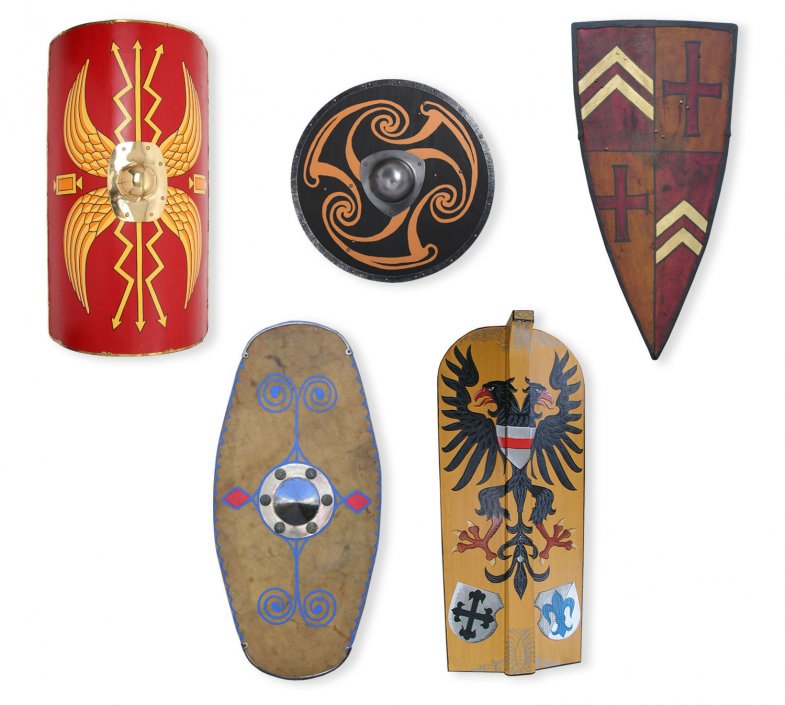 Who Are You Fighting for?

Pay tribute to your king at a fantasy LARP. Put up shields with the ruler’s coat of arms in visible places to scare off attacking mercenaries. As a reward for defending your fortress, the lord may pay the local blacksmith to forge a new shield boss for you.

In another role-playing game, you can go on a Crusade to the Holy Land with your noble friends. We don't know if this will bring you forgiveness for your sins, but you'll surely have a lot of fun. Don't forget your sword and a shield with the cross symbol.

If you prefer to stay away from blood, bruises and blows, that's also fine. In our e-shop, we have a special category of decorative historical shields just for you. You can get an honorary Gothic or Renaissance shield just a few copper coins! Use the shield to show all pilgrims where your loyalties lie.

Shields are most often seen in castles, historical fencing or LARP events. Costumes are not your thing? Join the police! You will get to hold a shield in your hands, but it will be in real life-or-death situations.

Have you ever wondered how knights in armour distinguish allies from enemies in crowds of thousands? It was simple with colourful symbols on the shields, tabards and banners.

Because the fighting took place on vast plains, the symbols had to be visible and easily recognizable even at long range. In an ongoing battle, it would be difficult to tell whether the colour of the flag is royal blue or rather azure.

The most important symbol was the coat of arms on shields. This is sometimes confused with other symbols, but coat of arms is very specific. It was a hereditary symbol of noble families. Other symbols may not be hereditary, they simply indicate the function or community of the bearer.

Knights and noblemen could not put whatever they wanted in their coat of arms. The layout had to follow strict rules that are still in effect today. Design, display and armory has since the 12th century been the field of heraldry.

Blazon, or a formal description of coat of arms recognizes four possible colours, red, blue, green and black. Further, there can only be two metals (silver and gold) and four types of fur (black and white ermine, blue and white vair, red gules and black sable). In order to maintain the contrast of the shield, colour must not come on colour and metal on metal.

The coat of arms of was in many cases decorated with heraldic figures. To give you an example, St Wenceslas coat of arms included a flaming eagle, while the arms of the Czech state feature a silver two-tailed lion with a golden crown and armour. 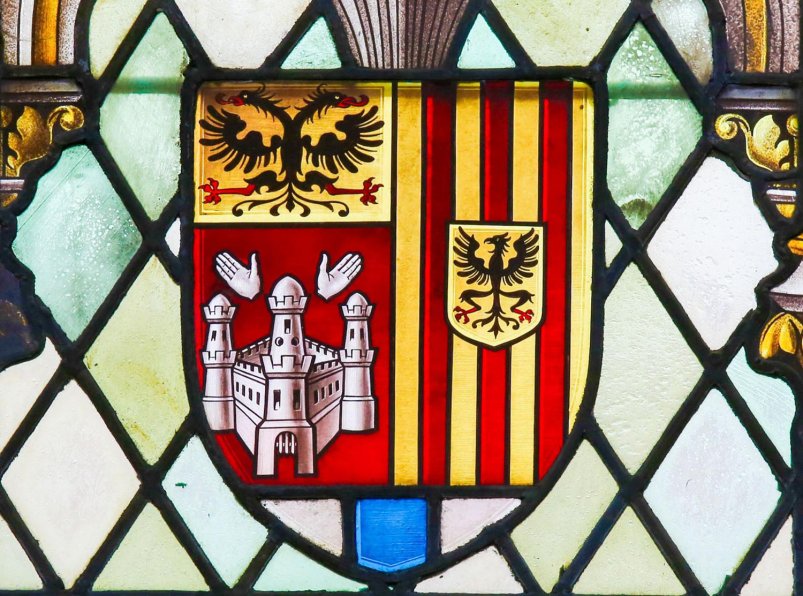 Now you know everything you need to know about shields. It's time to sign up for your first historical fencing class! Read more about it here!