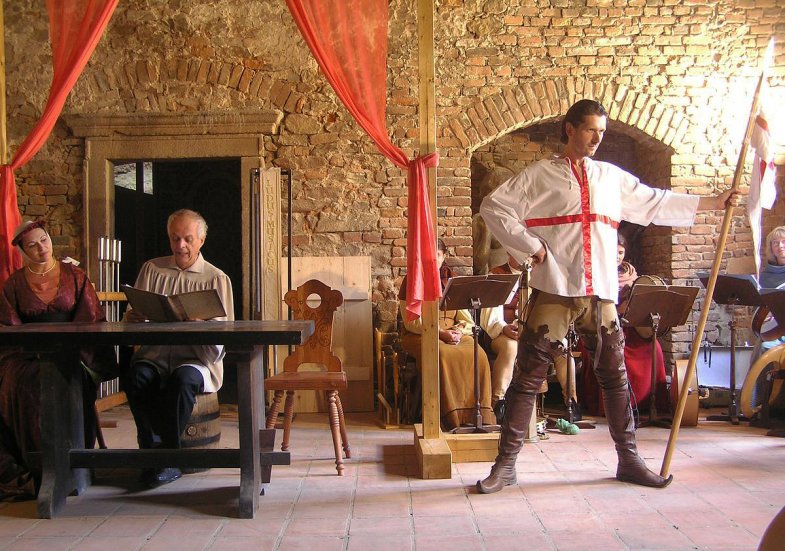 It is a great honour for us to work together with one of the best swordsmiths in Czechia - Mr. Pavel Moc. We took pains to talk this rare and very modest person into introducing himself to the public.

Pavel Moc was born on February 22, 1973. He did not complete the study of the history of Christian art at the Charles University in Prague. For 6 years he worked in the Czech Radio. As an autodidact, he learned the knowledge and techniques of historical metalworking handicrafts. Since 1997 he works as a professional swordsmith. His specialization are European cutting and thrusting weapons of the 10th to 16th centuries, especially the longswords and the so-called fechtfeder. He works closely with the HEMA alliance and several fencing schools from all over the world. Occasionally he participates in interdisciplinary projects (such as construction and production of historical watch machines, special mechanical elements of forging monumental objects, etc.). He replicated and reconstructs weapons for trade exhibitions. His workshop produces swords for the Pontifical Swiss Guard in Vatican.

For him, lasting love is the study of the history and material culture of the Transalpine Renaissance. As a founding member he worked for 10 years in the ensemble of the Thalia award winner doc. Eva Kröschl, in which he devoted himself to the instructed interpretation of the dances of the Italian Quattrocent and the Renaissance under Rudolf II.

Pavel Moc loves genuine champagne, is married and has 3 children. He lives with his family in Kutna Hora. In the present he drives a Ford Tourneo Custom.

The swords of Pavel Moc are the "elite" among weapons offered at Outfit4Events. Current collection of his exclusive and very precisely processed weapons can be found here.

Dear fans of Pavel Moc's swords, we would like to inform you about the current situation in his workshop. Besides Pavel, 2 other colleagues took part in the production, but now Pavel works alone. The first colleague has health problems after a severe course of Covid-19 and the second colleague has travelled home because of the war in Ukraine. It's almost impossible to find a replacement for someone Pavel taught the craft for 12 years. For this reason, the workshop is working at 1/3 of its capacity and is therefore no longer accepting new orders. We hope that over time the situation will improve and we will be able to accept your orders for Pavel's rare swords again. So, we ask for your indulgence and keep our fingers crossed for Pavel and wish him and his entire workshop good luck!