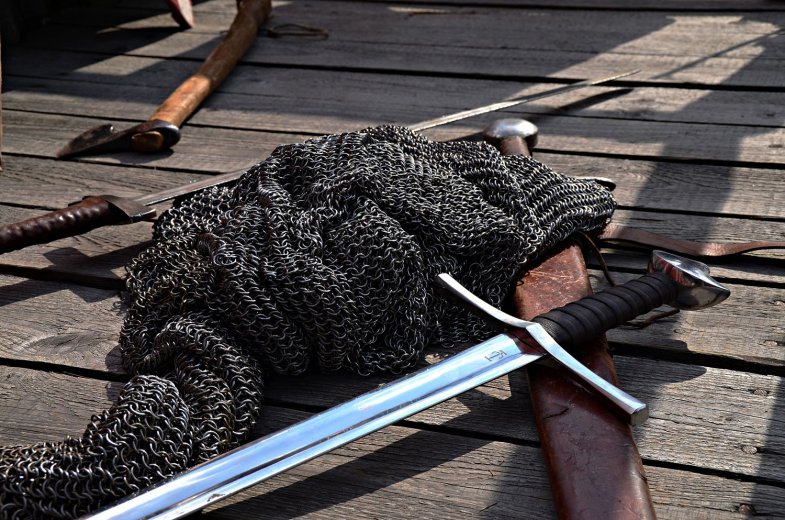 Blade, guard, handle, and pommel. Four parts combined into one shiny, breathtakingly beautiful object that has been admired by little boys since the ancient times. We are talking about swords, one of the oldest weapons used by men. From Antiquity throughout the Middle Ages to the present day, swords been associated with heroism, courage, and dexterity. They appeared in numerous legends, stories, and fairy tales.

Swords were not used for cutting of dragons' heads. They served as cutting and stabbing weapons. Swords have prevailed as the most important personal weapon of Antiquity and the Middle Ages. It was not until the turn of the modern age that firearms began to overshadow swords in importance. But even after that, swords have retained another function, the ceremonial function.

The most common materials used to forge a sword were iron, bronze, steel, and their alloys. Because the purchase price was pretty high, and the production process pretty complex, swords were considered elite weapons, and having a sword was the privilege of knights and wealthy people.

Producing a sword was not as easy as it might seem at first glance. After all, it needed to be solid enough to penetrate an armour or cut off limbs of the enemies. It was crucial to find the best possible metal alloy for production, which will be flexible and durable at the same time. It is no wonder that the development of the sword took centuries and a production of a single piece took several weeks. Swords did not remain the sole privilege of the rich for long. They soon became popular with cavalry and infantry as well. 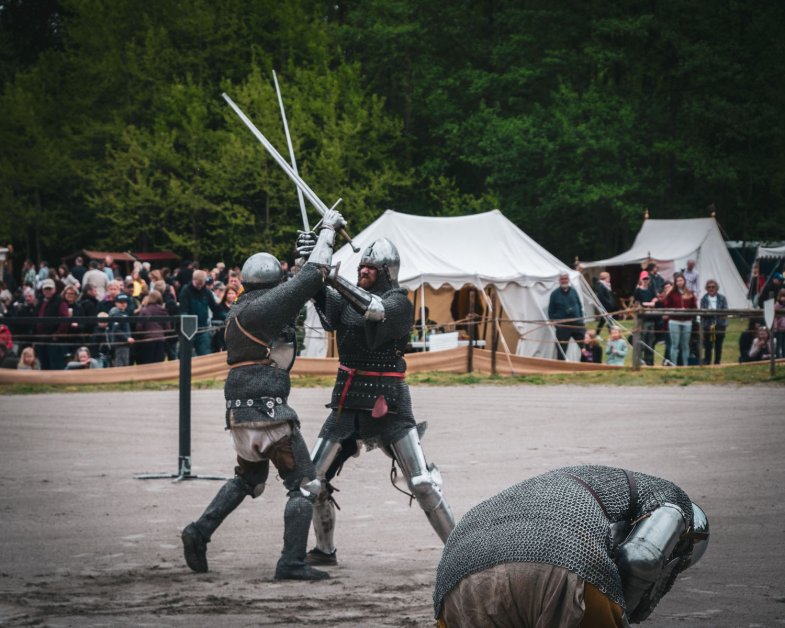 Sword makers tried to tailor the weapon to fit individual needs of its owner. Proper balance and sharpness were essential criteria of a well-forged sword. It has always been the case that swords served as extended hands of warriors. That is why swords should not be too light, too shaky, or too large.

It was often passed down from father to son as a family heirloom, and also as a part of family traditions. Swords were also weapons, that, unlike other weapons, often received a name. The names were to remind of the battles fought with the swords, or simply to bring good luck.

Dangerous Blade Converging Towards the Tip

Let us look at the most important part of the sword, the blade. It was usually straight and double-edged with a groove in the middle, so it was sharpened on both sides. The blade converged toward the tip point, sometimes with a slight rounding. The usual width was 10 centimetres and the usual length about one meter. 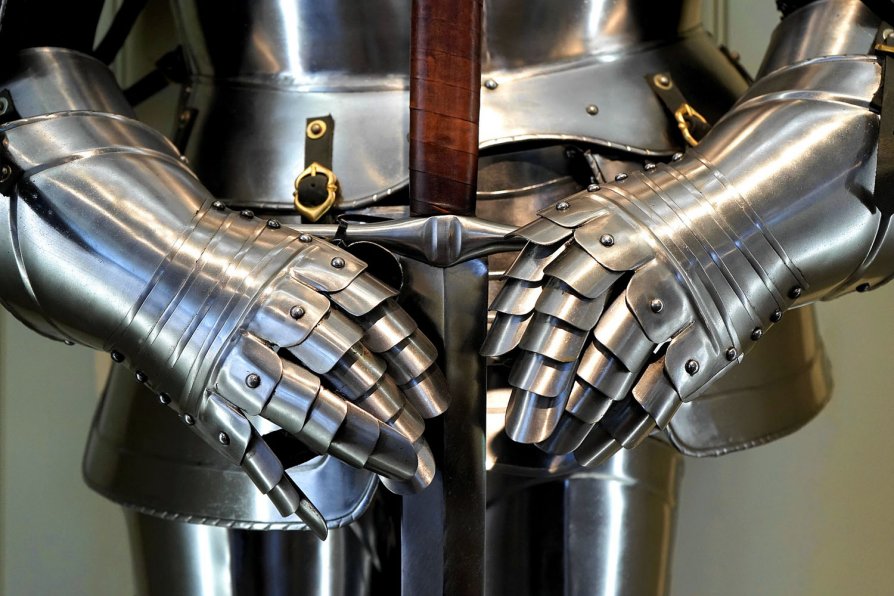 Steel and iron needed for the production of forged blades were obtained using the so-called direct method, i.e. by melting iron ore with the help of charcoal and blowing air. The resulting molten substance was full of residues and carbon that needed to be removed. For this reason, blacksmiths cut it into smaller pieces and welded it together again, repeating the procedure over and over until they were satisfied with the cleanliness and firmness of the material. That is how characteristic layers in the metal are created.

The swordsman then forged the blade from iron and steel. Unfortunately, the main criteria in the selection and the processing of material was the economic situation of the future weapon owner, and the availability of suitable material. The first homogeneous swords can be found in the second half of the 15th century, when steel was not so rare and expensive. 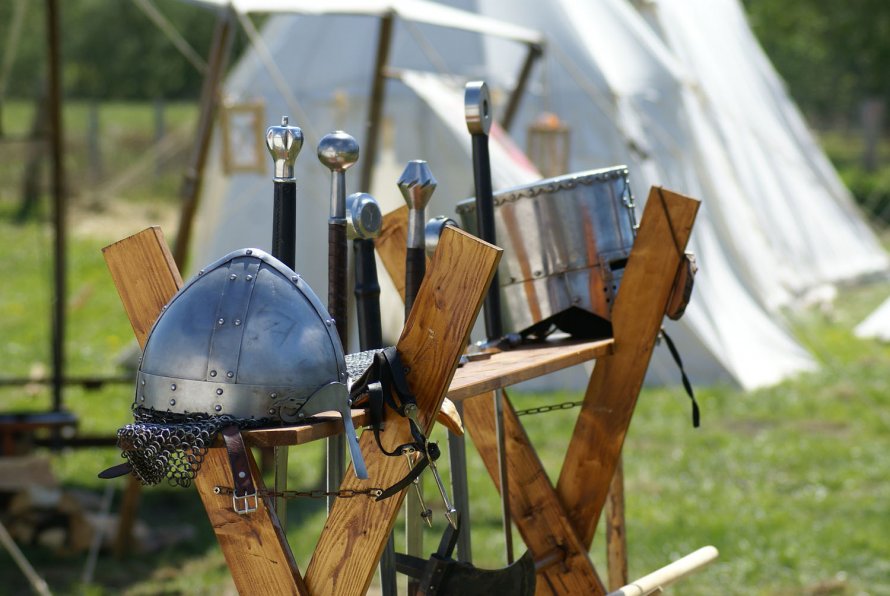 In its time, swords were expensive weapons. And today, a quality weapon still has its price. The prices of new swords depend mainly on the quality of workmanship and the purpose of the swords. Decorative swords are usually cheaper copies, which look nice on the outside, but they would not be suitable for fighting. The price of such swords is around a few thousand CZK.

Another category is custom made replicas of specific swords, which usually cost a lot more. The most expensive swords are unconventional pieces with interesting decorations or Japanese swords, which are generally not available on the market at all, and if they are, they are recently made lifelike copies. 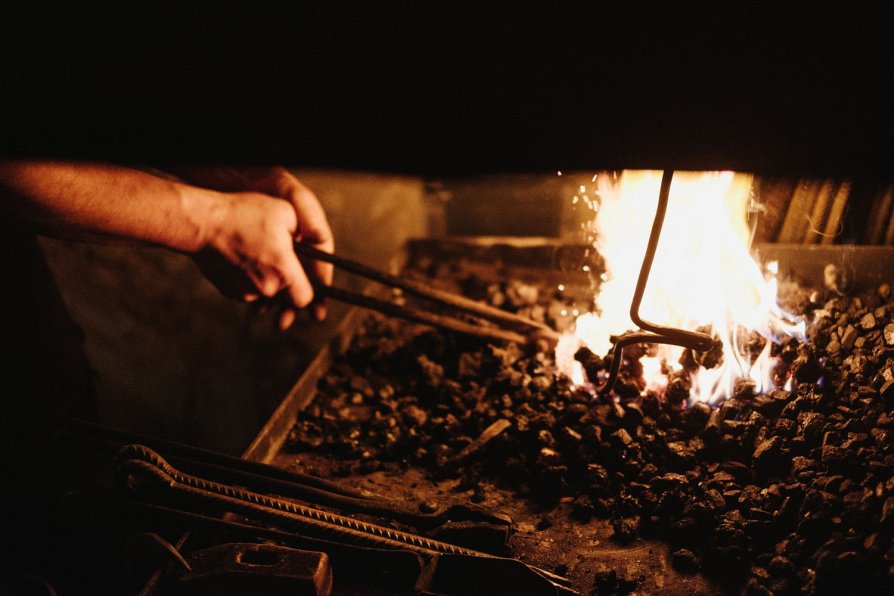 I Dub You a Knight…

From the 12th century onward, magnificent decorations began to appear on the swords. The local feudal lords used it to show their wealth and influence. At the same time, the cold weapon received another, important function. It became part of knighting ceremonies, in which young noblemen were dubbed knights. Later, swords were used in coronation ceremonies to appoint kings.

As in other countries, Czech history has also its legendary swords. The most important of these is the St. Wenceslas sword. It allegedly belonged to St. Wenceslas himself, and, along with relics, it is part of the St. Vitus treasure. 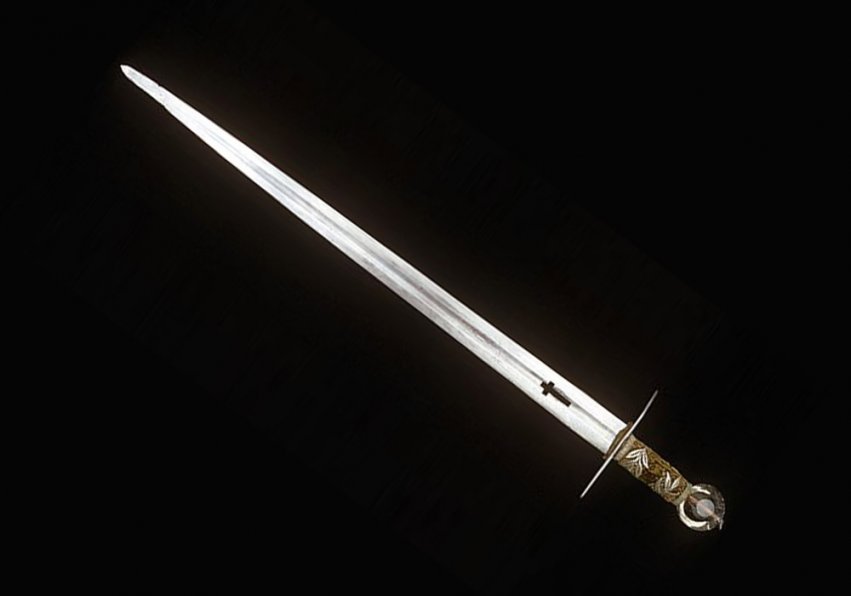 The oldest record of a sword with this name is the report on the battle of Kresenbrunn in 1260. The sword was said to be slender, 76 centimetres long, and with a blade that had a shallow groove. In the central part, a cross was engraved into the sword that previously held a gold reliquary. The handle is covered with a yellow fabric and velvet with the ornament of laurel twigs with thick silver thread. 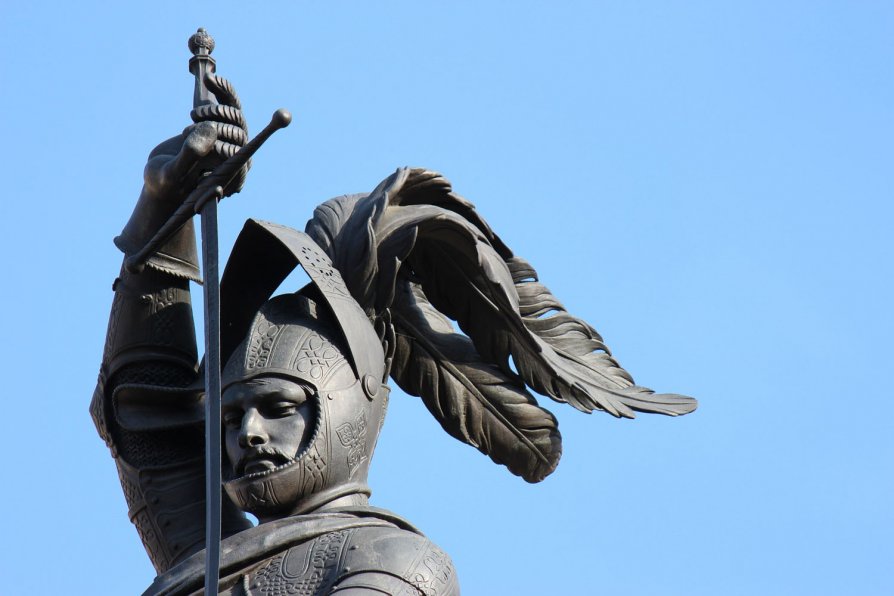 It plays an irreplaceable role in the Czech history. Charles IV himself made it a part of the coronation ceremony of Czech kings. For the first time in history, he established a tradition that the crown jewels, including the sword, are the property of the Kingdom of Bohemia, and not the ruler alone. The sword became a royal insignia and a symbol of secular power, it also had a well-defined role in the coronation ceremony: after the anointment with holy oil, the priest dubs the king with the sword, symbolizing the transmission of power and rule over people and material possessions.