Home ArticlesInteresting facts of the past The History of Crusades - Part 3: King Sigismund's Unsuccessful Campaigns 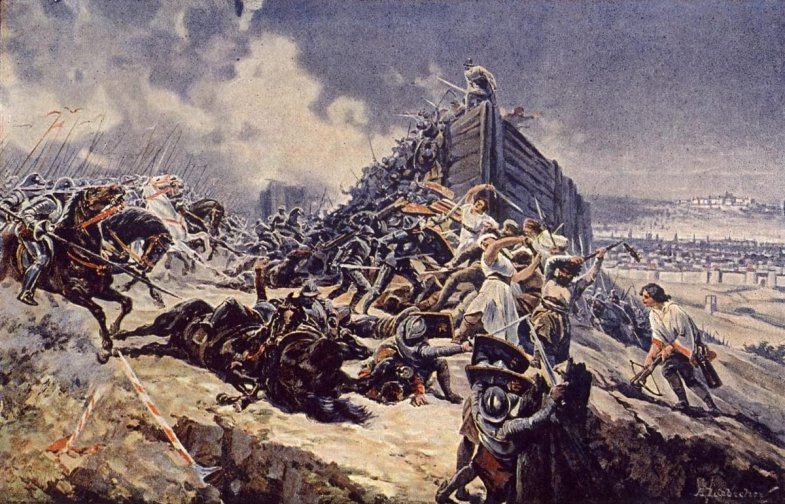 In the last part of our story, we return to 14th and 15th century Europe, when armies of knights under the banner of the cross marched against the Turks and the "heretics". The son of the Father of the Homeland (Charles IV), Sigismund of Luxembourg, was the head of several of these campaigns.

Sigismund, though second-born, inherited more useful characteristics from Charles IV than his older brother Wenceslaus IV. His successes in the diplomatic field confirm this, the greatest of which was the retention of the imperial crown in the hands of the Luxembourg dynasty.

Sigismund was a skilled politician and diplomat and in person a sociable and gregarious man. However, one of his negative qualities was his irascibility, which played into the contemporary Hussite propaganda that was successfully further developed by the Czech revivalists and later historians. Thanks to this, Sigismund of Luxembourg is still perceived as a "red fox" in the eyes of the majority of the Czech public, a traitor of Master Hus, and usurper of the Czech throne, etc. On the contrary, Aeneas Silvius Piccolomini, who knew the king in person, speaks of Sigismund's positive traits. The humanist author also described the Hussite movement in the Czech lands - but from the position of the head of the Roman Church, which he later became (from 1458 as Pius II).

Sigismund of Luxembourg was at the head of several crusades. Sadly, for him, he was downright unlucky on the battlefields.

Wars with the Turks

Approximately at the same time as the Christians were leaving the Holy Land, a young warrior named Osman became bey (the commander) of the Muslim Turkish tribes in Asia Minor. Soon after that, he acquired the title of the emir and started to pursue expansive politics directed predominantly towards the decaying Byzantine Empire. His successors, the Ottoman Turks during the 14th century occupied a considerable part of the Balkans and started to threaten the borders of the Hungarian Empire. 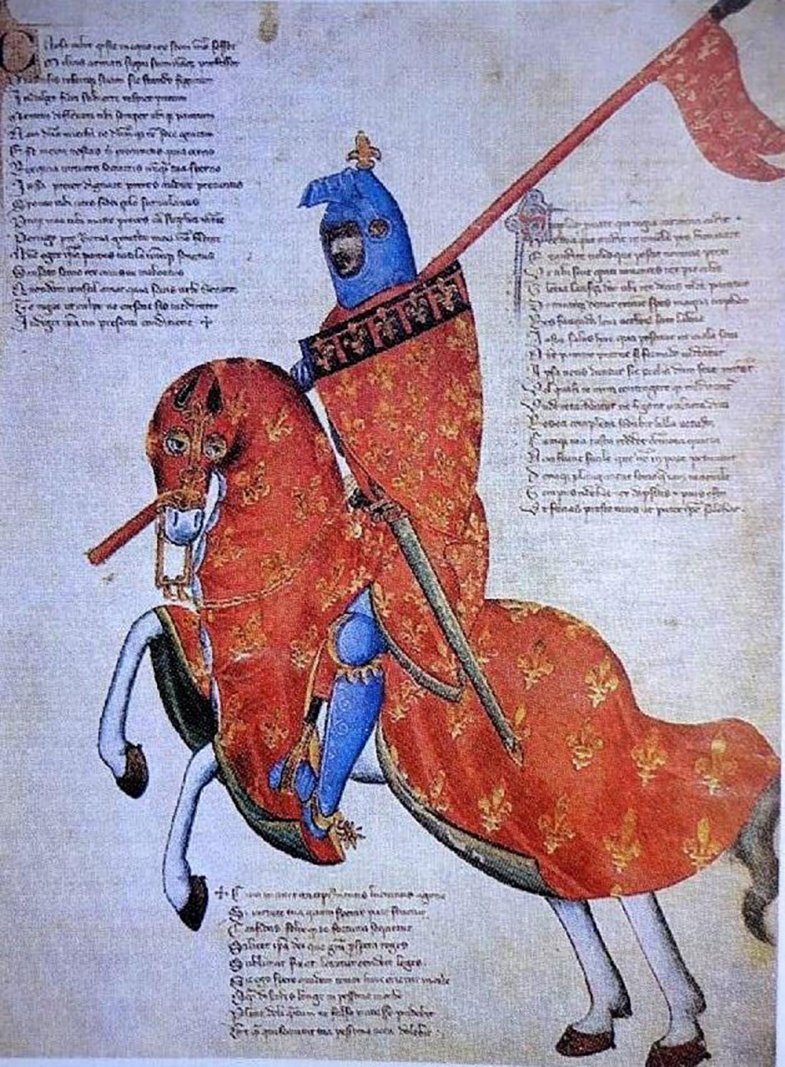 A knight from 1340, wearing a helmet with a folding visor. (Manuscript of the vassal oath of the city of Prato to King Robert of Anjou of Naples). Source: А. Zhukov, D. С. Korovkin: The Armour of Early Renaissance, St. Petersburg 2005

The crusade in 1396 was initiated by Sigismund of Luxembourg, then King of Hungary. The king was accompanied by his villeins from Hungary (thus also from Slovakia), whether Czechs also belonged to his army is however uncertain. The majority of the crusaders consisted of French knights - the pride of European chivalry. One of the weak spots of the armies of knights was their lack of discipline – feudal lords were viewed as professional soldiers, trying to outperform each other, despising the members of infantry and accepting orders only with reluctance. All of these characteristics were apparent also at the Battle of Nikopol, on September 25, 1936. The Western crusaders ignored Sigismund’s instructions and haphazardly started to attack. Their vigour was however drowned in blood by Turkish arrows and sabres, the king himself was saved from a humiliating capture only by his quick horse.

The Turks proceeded with their attacks and remained a threat for the coming three centuries. 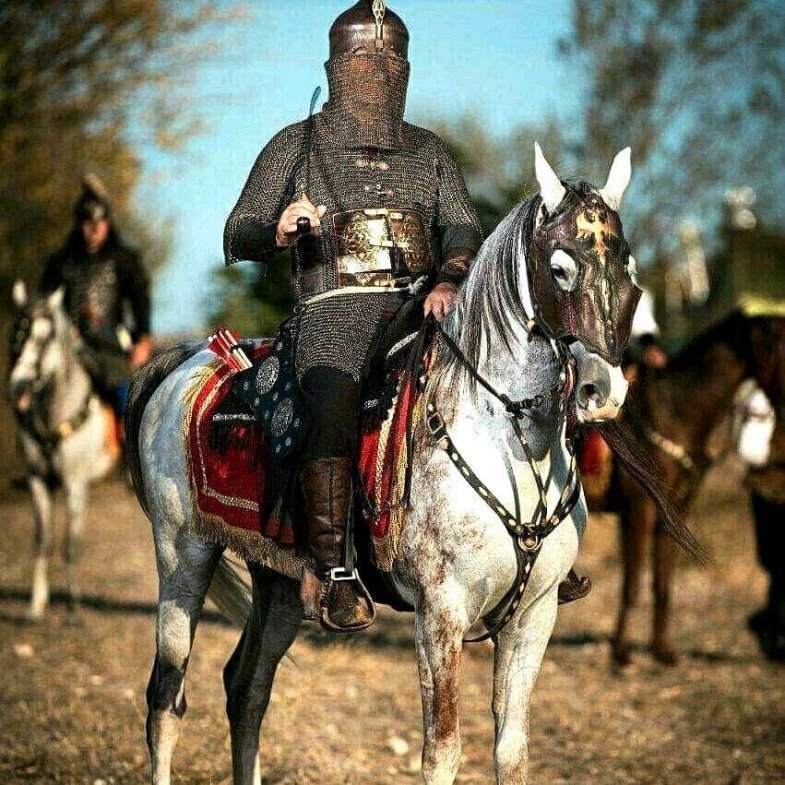 After the death of King Wenceslaus IV (born 1419) of Bohemia, Sigismund wanted to take over his inheritance. At that time, however, the situation in the country was tense and disorienting, which resulted in an armed uprising. The supporters of the new religious trend, Hussites, opposed both the Church and secular authorities and decided to fight.

Their militant attitude led to altogether four Crusades, the first of them in the years 1420-21 being led by Sigismund himself, resulting in his coronation as King of Bohemia. In the meantime (1411) he became the King of Romans and in 1433 also the Holy Roman Emperor. Sigismund was no longer leading the further crusades in the years 1421-22, 1427 and 1433, which were instead all led by German princes and all resulted in a failure. 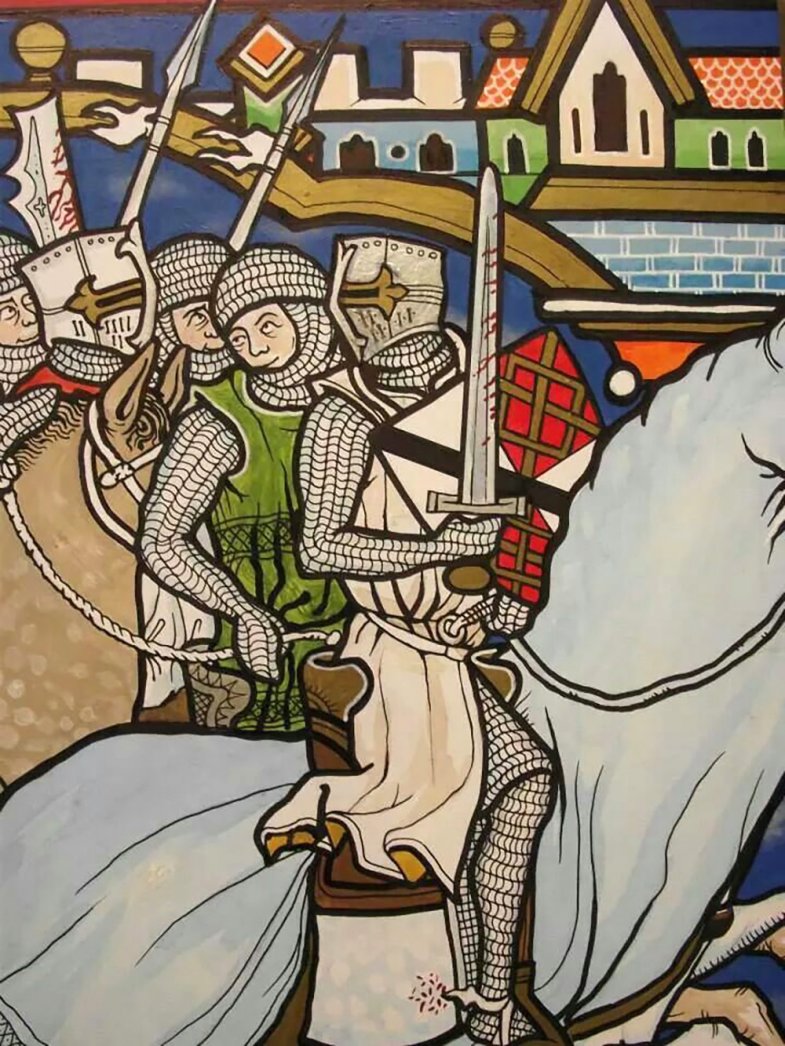 Knights in battle readiness. The so-called Maciejow Bible, France, around the middle of the 13th century.Source: E. Pachta

The Hussite wars ended only after the Battle of Lipany in 1434, but the teachings of Jan Hus spread beyond the borders of the Czech lands. The successors of the Hussite field armies then became sought-after mercenaries in the services of local rulers, including Hungarian, and played a significant role in halting the expansion of the Ottoman Empire.

Knights vs. the Hussites 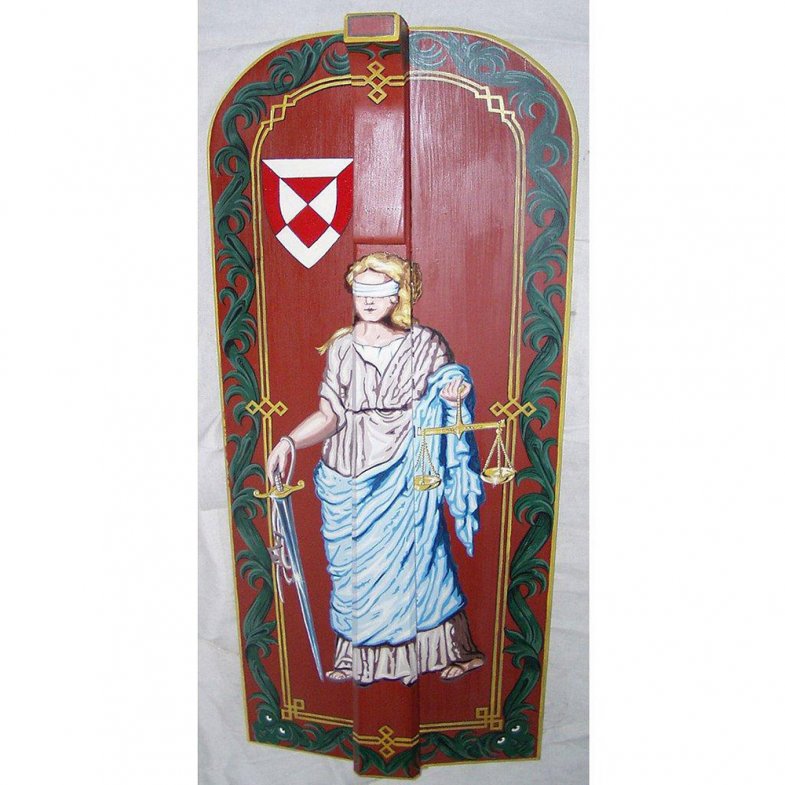 At the beginning of the 15th century, European battlefields were dominated by the knights, despite being repeatedly attacked by infantry from Flanders, Switzerland and England. After that, the Hussite Revolution started in Bohemia and the best of the knights gathered to suppress it.  Each of the crusades however had an incomprehensible and bitter end. 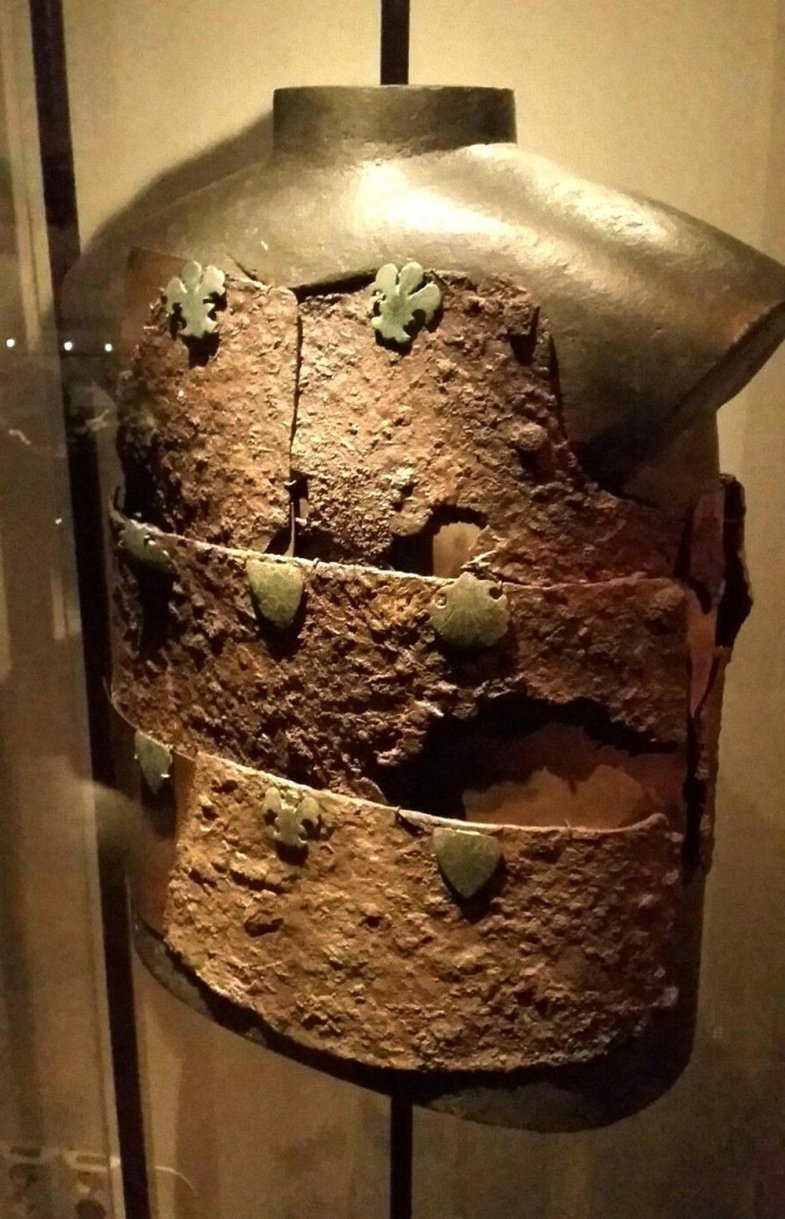 A 14th-century linen coat. The iron slats were originally covered with leather and held in place with decorative copper rivets. Source: E.Pachta

However, during the 14th and early 15th centuries, knights' armour continuously improved. The heavy pot or bucket helmet limiting the peripheral vision was replaced by a lighter helmet called hook or bassinet with a hinged visor. The chainmail armour was more often covered by protective components which enhanced the protection of the limbs, the torso of the rider was in addition to that also protected by a so-called plate coat, the predecessor of the brigantine. The knights already fought the Hussites in full plate armour.

The spear was lengthened to 3.5-4 m, the shield (targe) became smaller; the armament was supplemented by a dagger, also a mace or an axe. 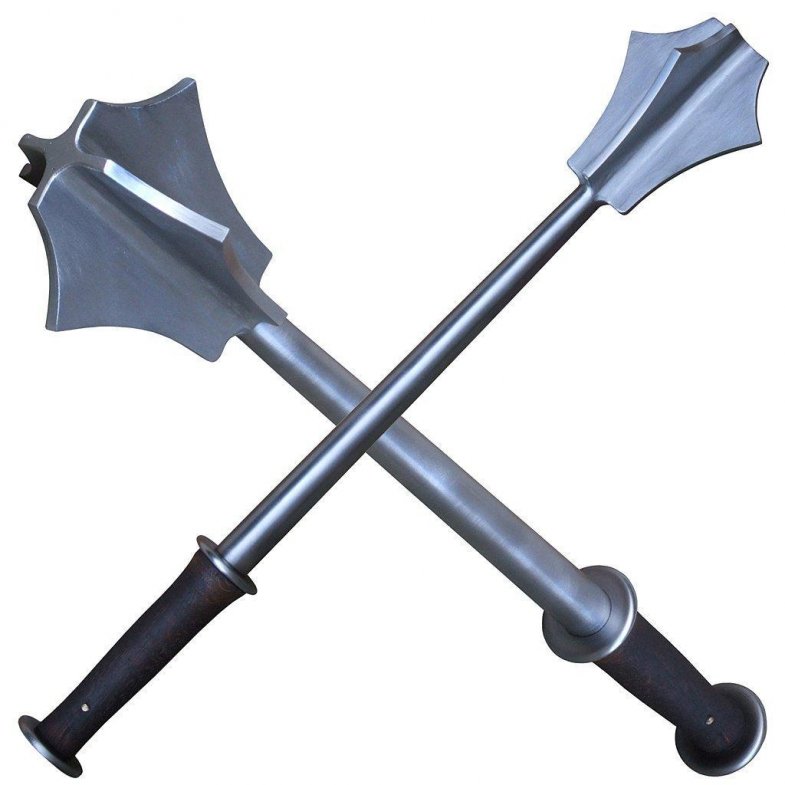 The mace from the 15th century. Originally used only for combat, later also as a badge of commanders

The sword also changed, as the blade gradually lengthened and narrowed to a point. The hilt was lengthened so that the soldier could hold and control the weapon also with the other hand. Such a sword, however, meant exclusion from medieval customs, because whoever held the sword with his left hand to hit the opponent, was unable to carry the shield, the most important sign and pride of the feudal knight. This is probably why the widespread adoption of the one-and-a-half handed sword as a stable part of the knight’s armour took so long and why the sword was in many European countries called "the bastard”. 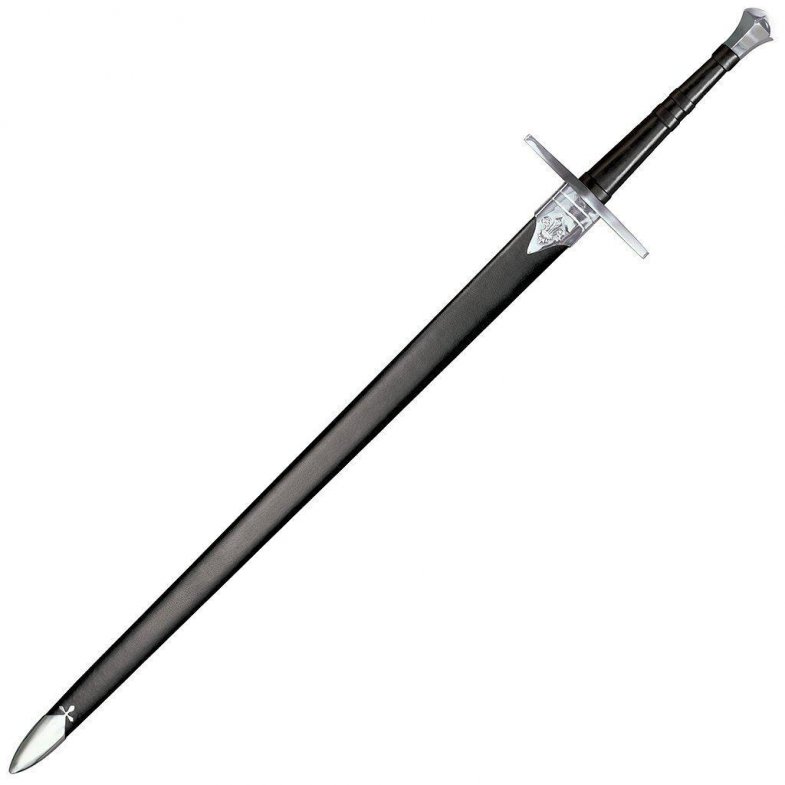 The one-and-a-half-handed sword called “the bastard"

Since the 1520s, the Hussite armies fought against the troops traditionally composed of knights. Contrary to that, the Hussite armies consisted predominantly of infantry, which only seldomly carried expensive armour as they had sufficient protection from the sides of their chariots. The Hussite speciality in the form of a chariot wall originated from the military strategies of south-eastern Europe. Žižka and the other Hussite commanders merely developed them to perfection. 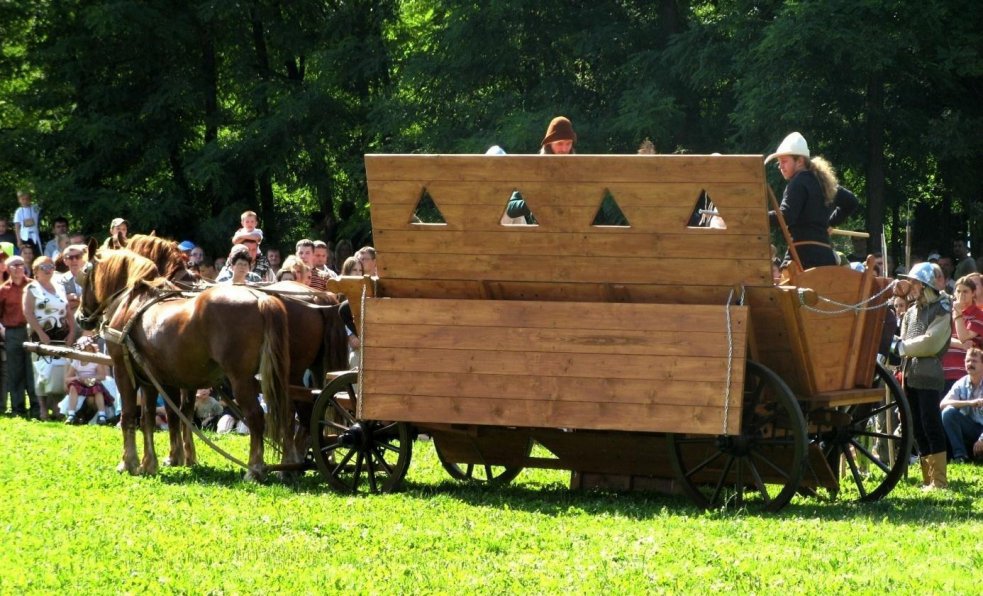 A replica of a Hussite battle chariot. Source: Wikipedia

The arms of the Hussite warriors consisted of lances, military flails, modified peasant tools (mostly flails), then crossbows, large shields and pavises. The Hussite commanders emphasised the contemporary technical novelty – firearms. Shooting from the primitive “rifles” sometimes succeeded in breaking “passages and routes” through the troops of the enemy, but mostly it frightened the knights’ horses.

The Hussite troops also included cavalry, mainly composed of the lower nobility. It was not very numerous, and its main tasks were reconnaissance, spying or pursuing the defeated enemy. 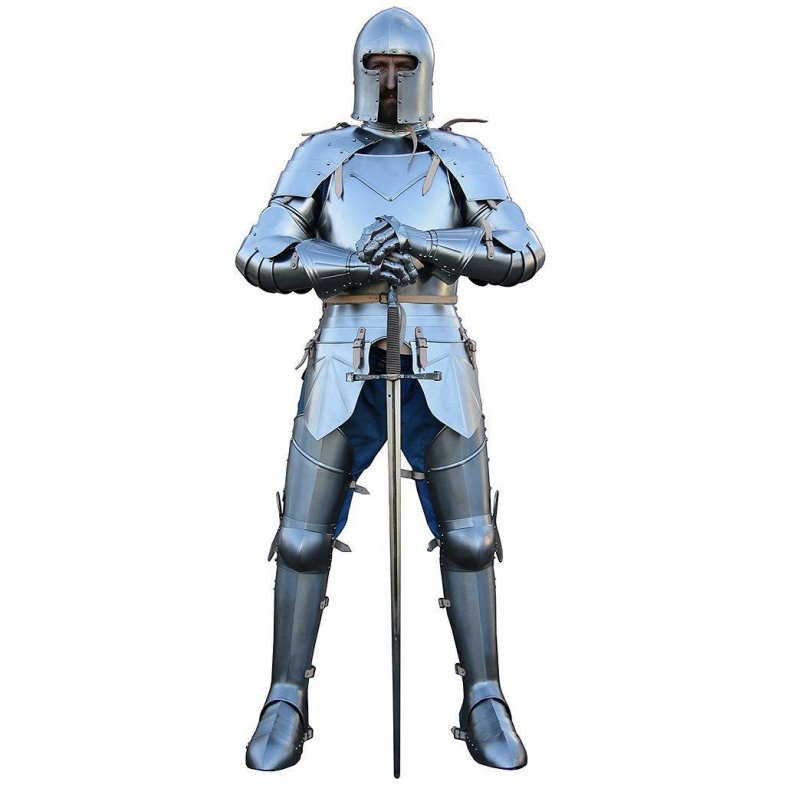 Cathars Were Considered Far From “Pure”

In the 11th century, a religious movement arose in southwestern France that had its origins in the teachings of Eastern scholars and Bulgarian Bogomils (those who are loved by God). The ideas of the new faith differed greatly from Catholic dogma, and during the 12th century, they were accepted by the common people and the nobility.

For these "good Christians", as they used to call themselves, the name "Cathars" was adopted, a word derived from the Greek word meaning "pure". However, the Church did not see them as such for long.

The thriving religious community soon became a threat to the church authorities, which initiated a Crusade against Cathars in the year 1208 – 1229. However, the last Cathar castle did not fall until 1255. This lengthy campaign was marked by atrocities committed by the crusaders on the civilian population.