Home ArticlesArchery and crossbows Today, Crossbows Can Be Found in the Army As Well As among Hunters, They Don’t Just Belong in the Middle Ages

Today, Crossbows Can Be Found in the Army As Well As among Hunters, They Don’t Just Belong in the Middle Ages 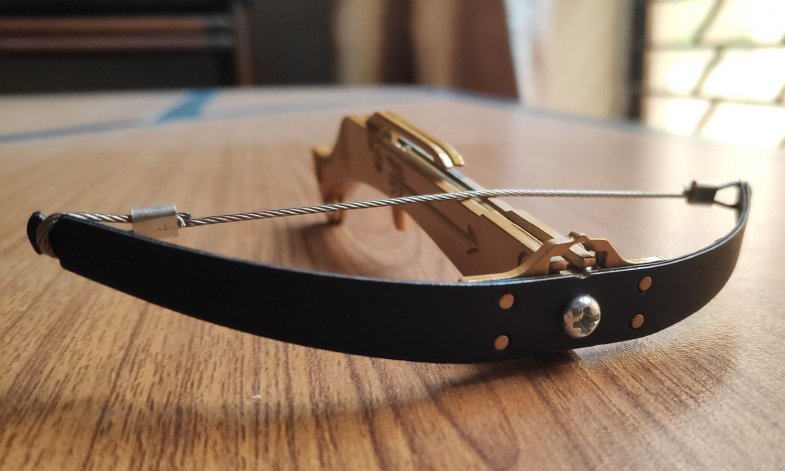 An interesting and quiet killer that’s always at hand and ready to fire. That’s how a crossbow could be described. Most of us imagine a medieval weapon that’s no longer in use, but that’s not quite the truth. Similarly to bows, crossbows have a well-deserved position today in sport.

We would probably date it to the Middle Ages, but the crossbow’s invention is much older than it might seem. The earliest findings suggest that the primitive bases of the crossbow appeared 9,000 years ago. Therefore, we are talking about the second oldest weapon in the history of mankind, the bow, was the first of course. Its younger sister used to be used by hunters, as it was suitable for long-distance hunting, when game must be caught up. Here, the crossbow was an undeniable advantage, which means that it can still be loaded. It soon made its way also into the army because its versatility meant an advantage in combat.

What Makes This Simple Invention So Special?

The crossbow could be described as a smaller bow, which is mounted horizontally on a wooden stock. Technically, this is called a tiller. There is a groove on the crossbow’s body where an arrow is placed and another groove for anchoring the tensioned string. Thanks to the string’s firm attachment, the marksmen with the crossbow is able to aim much better, they don’t have to concentrate on the arrow’s position and the force of string tensioning, and they are able to aim much more accurately.

Thanks to the ingenious trigger mechanism, all you have to do is press the trigger, the crossbow fires itself. The bowstring keeps the tool in a tensioned state from stretching to firing. All this gives the weapon an advantage with the possibility of an immediate shot. Over time, a lock was added to the mechanism, which has taken its safety to a higher level. The trigger was replaced by an improvement called the rotary nut (catch). It can be described as a rotating block with two notches placed in the tiller. One notch held the string alone, the other leaned against the trigger. After pressing it, the rotary nut turned around its axis and quickly released the string, which resulted in a shot. 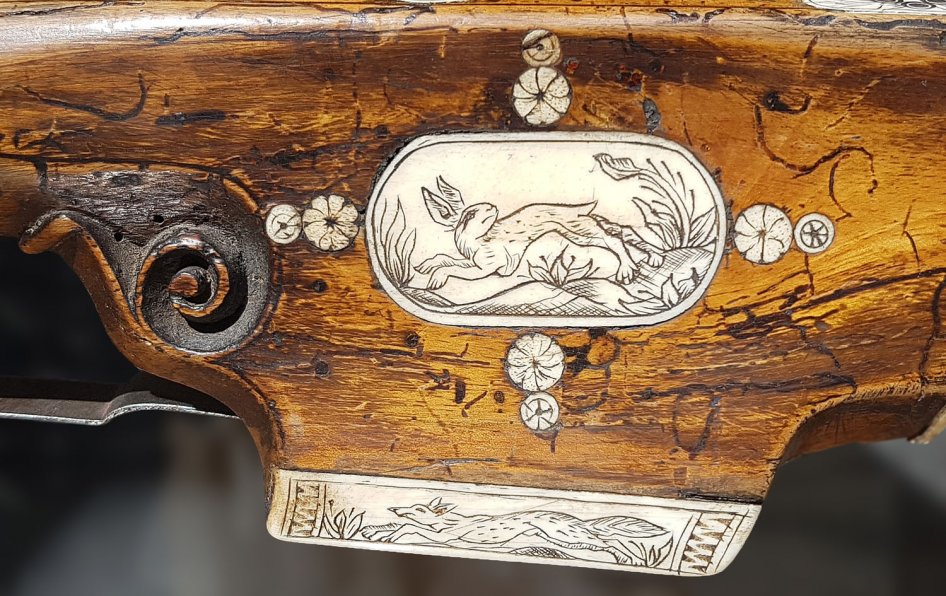 Crossbows Can Be Found in Today’s Modern Times

It’s usually perceived as a light and relatively safe weapon, but don’t be fooled. Today, there are a number of crossbows on the market, some of which are smaller and easy to handle, others are the exact opposite. The hunting crossbow is an example, a relatively heavy tool that’s difficult to handle. You could easily knock an animal or a human down with it, so it shouldn’t be in the hands of an inexperienced shooter. In addition to hunters, nowadays, crossbows are used by soldiers, as they can be often found in military armaments. The crossbow is a relatively quiet weapon compared to firearms.

How to Choose a Crossbow?

Before you start looking at these firearms and decide on the price, you should think about what you really need it for and for what purposes you want to use it. Are you planning to engage in sport or recreational shooting? Are you advanced or total beginners? If you plan to shoot the crossbow once in a while, a different type is more suitable for you than for regular shooters. Therefore, answer as many questions as possible at the beginning and only then decide how much you want to invest in the weapon.

There are a number of crossbows. They mainly differ in size, firing mechanism, shooting range and accuracy. You should also take the strength needed to stretch the string seriously when making decisions. We distinguish three basic types: pulley crossbows, pistol crossbows and reflex crossbows.

The first variant is ideal for sport shooting, they can be described as sport crossbows. They can fire quickly and accurately, hitting the target perfectly. Thanks to the pulley system, you don’t have to put too much effort into the shot itself. The pistol crossbow is suitable for beginners who want to become acquainted with this sport or are just planning for recreational shooting. Weapons are small, light, and therefore ideal for shooting at shorter distances. They’re also characterised by a low string tension. Reflex is the third crossbow type and they lack more complex mechanics. They boast a long range, but on the other hand, great effort must be made to re-stretch the string. Higher pulling forces are overcome using a cocking lever or a windlass. This type of crossbow is used in sports and racing shooting. 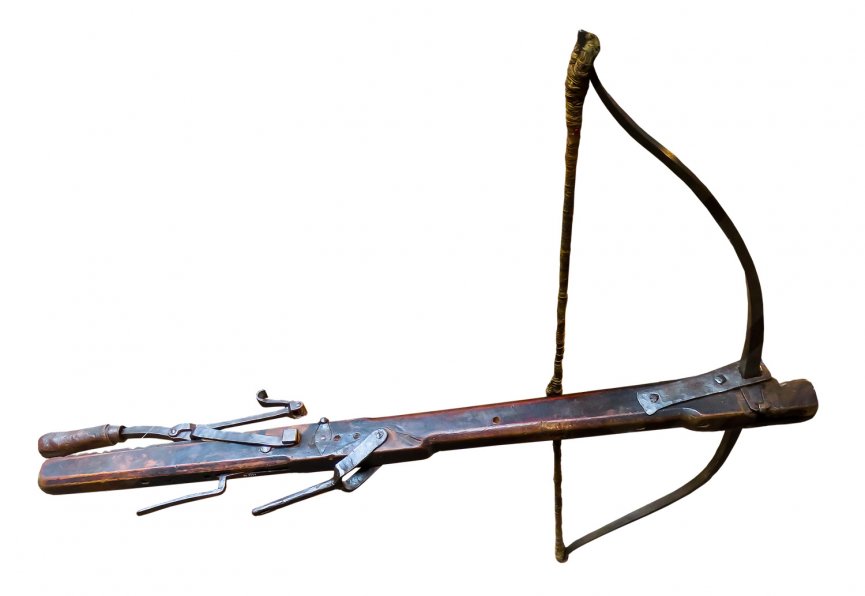 Crossbow prices vary depending on the material, dimensions and production method. Individual handmade from high-quality natural materials is always more expensive than standard serial production from synthetic materials. The cheapest are the so-called pistol crossbows, you can buy these for less than a thousand Czech crowns. Pulley crossbows with more sophisticated mechanisms can cost up to several tens of thousands Czech crowns, the most expensive are hunting crossbows.

The price decides when you’ve determined what you’ll use the crossbow for. For beginning shooters, it makes no sense to buy a crossbow more expensive than a few thousand Czech crowns. But if you’re determined to shoot actively in the long-term, it’s worth investing in a quality weapon at the beginning.

You Can Own a Crossbow without a Firearms Licence, but…

Crossbow ownership is now a relatively widespread issue. Few would consider it a dangerous or even murder weapon. Nevertheless, there have been cases where, by accident, this firearm has become deadly. Anyone over the age of 18 can still buy it from us, and it’s not necessary to have a firearms licence. Although there is also a catch.

The Ministry of the Interior classifies crossbows in category D, i.e. weapons that their holder can possess legally even without a firearms licence. After its purchase, you don’t even need to register the crossbow. In the same category there are also sports bows, airsoft or paintball weapons or air rifles. However, at the same time, legislation prohibits carrying a crossbow in a visible place or any other handling of a weapon in public. You may only fire only them in a designated safe area provided with professional supervision or in a place that is visibly marked as the area where shooting takes place. 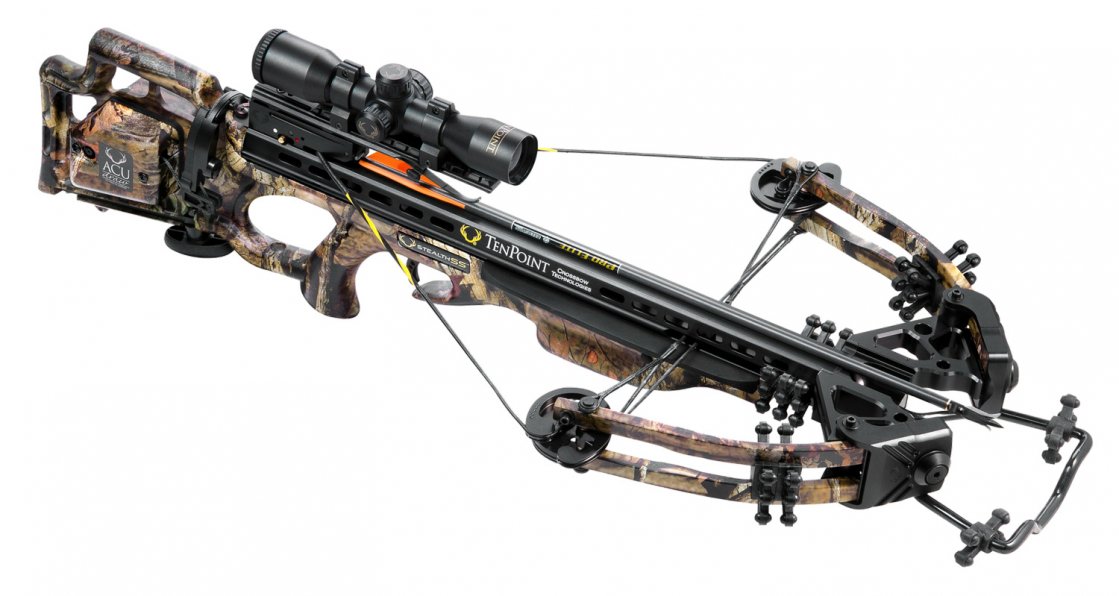 The unfortunate exception is the mini crossbows, which some toy manufacturers have come up with. They invented a pocket weapon that children can shoot, in addition to plastic arrows with suction cups, also toothpicks or pushpins. Miniature weapons have become a hit, especially among Asian children, but this trend is gradually reaching Europe.

A child’s imitation of the weapon fits in the palm of your hand, while being able to pierce a paper box or an inflatable ball with a toothpick. If inventive children place a needle in it, a crossbow shot can pierce a can of drink or painfully injure a living target.

Therefore, whatever type of crossbow you choose, always follow common sense and the safety rules and laws of the country in which you use the weapon.