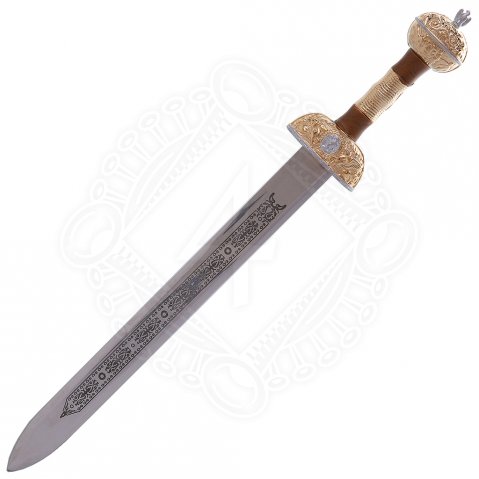 Miniature Gladius is beautiful full-metal sword which can be used as original decoration or a letter opener. The blade is made of Stainless Steel. Full length of this miniature is 28 centimetres.

Can be used as a letter opener

During the middle of the firt century B.C. the mighty Roman Empire of Julius Caesar ruled the lenght of Europe. From Galia (France) through Germania to England, the Roman  Legions were renowned for their discipline and strategy and most of all, for their Sword.

Art. Gladius are produd to present a magnificent reproduction of the ancient Roman Gladius or Shortsword of the Legions.

From the pommel, which features the Roman God Jupiter protecting the Roman Camp through to the blade which is finely etched and shaped in the distinctive broad pointed Gladius style favoured by centurions and soldiers of the line, this authentic reproduction is a Sword worthy of the men of the worlds first great military empire.

Included in these categories: Letter openers