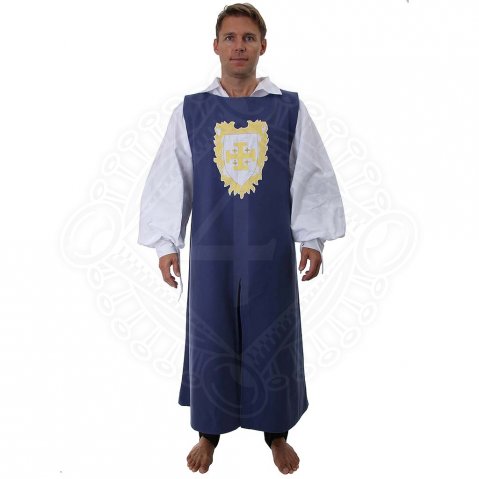 The heraldic symbol placed on the front of this surcoat is known as a Jerusalem cross. It's a sign, showing that in 1099 wasfounded the kingdom of Jerusalem.

Period: Crusaders / Costumes of the Knights of the Cross

This Surcoat of the Cruasader is available in standard sizes or can be made exactly to your measure at no additional charge. In the latter case please fill in this measurement chart after finishing your order.

Information about cleaning and care.

Included in these categories: Tunics