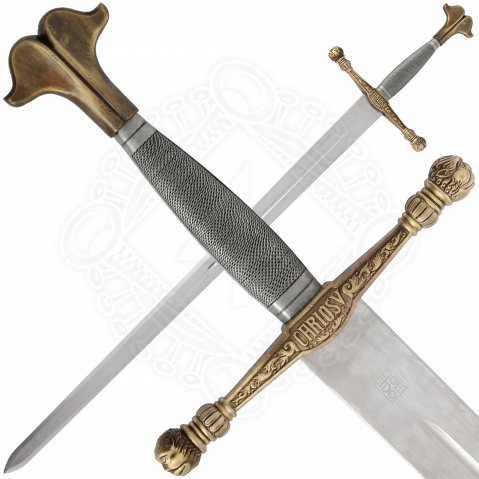 If you put down your email here, we will notify you as soon as the product Charles V Small Sword guard and pommel with Brass Finish is in stock again.