Home ArticlesInteresting facts of the past The American Civil War 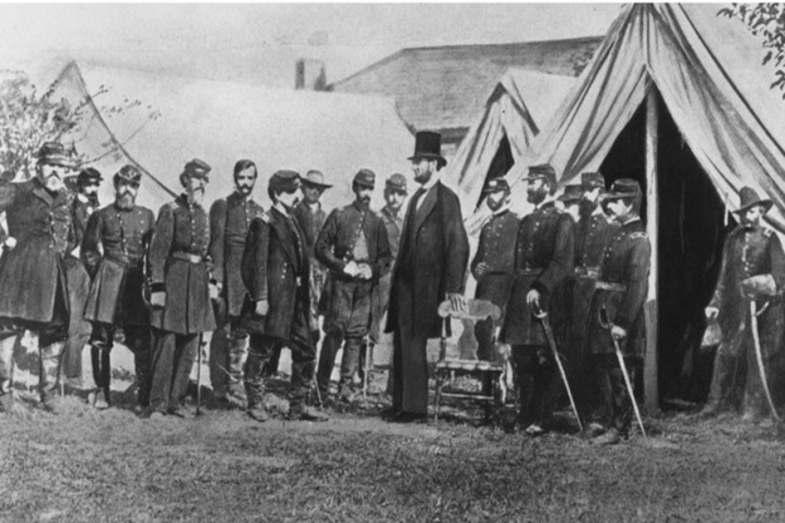 The original United States of America were formed of 13 British colonies. Even though they differed in economy, area and population, one thing united them: the hatred towards England, the country that imposed high taxes and complicated their lives. After the victorious revolutionary war against Britain, the USA gained independence and freedom. However, the States were still far away from unification. While the North was concentrating on its industrial progress, the South relied on agriculture that benefited from slavery. It was the inhumane treatment towards slaves that the North refused to put up with.

Different Economies Between the North and the South

Slavery is broadly considered to be the main cause of the American Civil War. Nevertheless, unification efforts, securing new territories and a struggle for political control all played important roles as well. The northern states focused more on a quick development of industry – new canals, railroads, roads or manufactures were built. Apart from industry, there was a marked development in banking and insurance business. Communication and media networks, including telegraph or newspapers, were on the rise as well. The North was, in comparison with the South, superior both in armed forced and in mining of natural resources. Contrary to the North, southern economy was profiting from agriculture, particularly cotton trade. Wealthy planter aristocracy realized quickly that finding enough manpower in the southern hot climate is the major issue. The best solution seemed to be importing slaves from Africa. At the end of the 19th century, the South produced most agricultural products of America and over 50% of the produced cotton was exported abroad, as the demand was high. Slavery enabled the South to offer high quality at a low price.

Slavery and the Beginning of War

It is strange that, even though America originally aimed to promote noble ideals and democracy, in the times when most European empires made slave trade illegal, the United States of America continued to benefit from a deeply rooted slavery system. Historical sources tell us that in 1860, 400,000 citizens of the South owned slaves and the total number of involuntary workers could reach up to 4,000,000. Tensions between the North and the South escalated after the election of Abraham Lincoln as the president of the United States, as he was a great opponent of slavery. It was not long before the other states responded. The first country to decide to leave the Union was South Carolina. By February 1, 1861, other six states followed - Alabama, Florida, Georgia, Louisiana, Mississippi and Texas. Together, they formed the Confederation and elected their own president - Jefferson Davis. The attack of the South on Fort Sumter in the Charleston harbour on February 13, 1861 is regarded as the official beginning of the American Civil War.

The Union versus the Confederation

Although the northern industry was superior and the North had generally more weapons and  resources, the initial stage of the war was a success for the South. Most of the North American officers decided to enter the Confederation military forces. As a result, the Union had not enough generals and military advisors. France and Britain supported the Confederation because they refused to give up the southern cheap quality cotton, while Russia supported the Union. The Confederation continued to be more successful until the battle of Shiloh on July 6, 1862, which was a turning point and the victory of the Union. Later that year, Abraham Lincoln signed the Emancipation Proclamation. After numerous losses on the battlefield, he needed to muster some support. A radical change of the leadership in the war came after the battle of Gettysburg in July 1863, where the Confederation suffered a crushing defeat. Later, the Union seized Atlanta and used the scorched-

earth policy in order to disrupt southern economy. The war came to an end when the South represented by Robert Edward Lee signed the capitulation on the April 9 and put the guns down. However, five days later, Abraham Lincoln was assassinated at Ford Theatre in Washington D.C. He died the following day.

Probably the most notable difference between the Union and the Confederation was the equipment the soldiers were using in the war. The North was superior in wealth and industry, so they could afford uniforms for their troops, the symbol of which was a dark blue soldier‘s jacket. The southern troops fought wearing various shirts and coats of non-matching colours. The South tried to deal with this lack of equipment in various ways – for example, Texas decided to use light blue uniforms from the federal warehouse, they also often took and reused uniforms of dead soldiers or bought new ones from British salesmen. By the end of the war, the Confederation was using grey woollen coats and grey hats, which became the most typical uniform of the South. As far as weapons are concerned, the war brought a great technological progress there. The soldiers used a wide variety of knives, swords, sabres or firearms. Cannons, also, played a very important role. But the primary weapons of both the Union and the Confederation were rifles and muskets. These weapons were, however, unpractical for a face-to-face fight, because of their long reload time. For this purpose, the officers and marines were also equipped with American sabres. On the battlefield, troops also occasionally used revolvers. 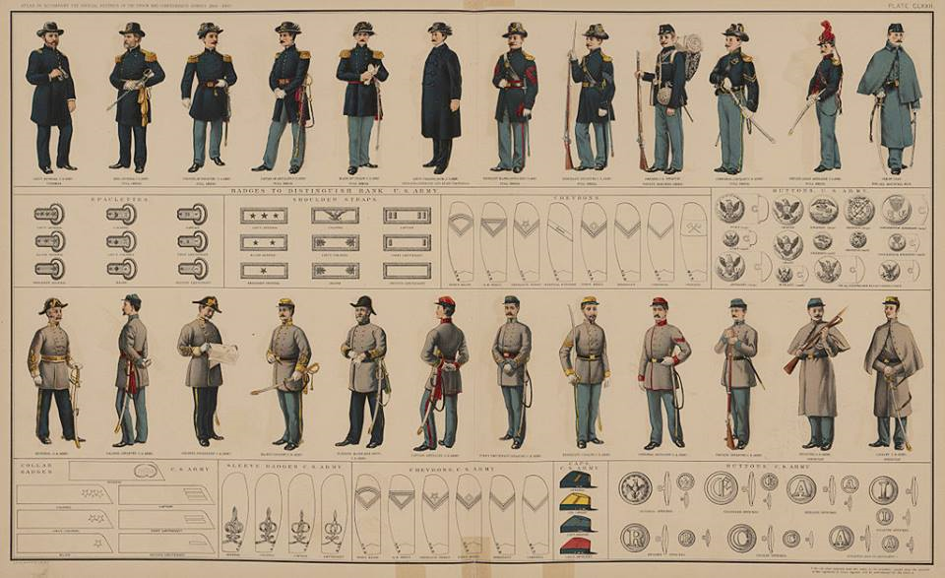 Each war brings casualties and the American Civil War was no exception. According to the available data, the Confederation lost approximately 483,000 soldiers in the war. On the other hand, the Union lost about 664,000 soldiers. To these numbers, we also need to add casualties among civilians and Indian people that found themselves caught in the crossfire, or died of famine or exhaustion. The South was completely devastated after the war and its restoration lasted until 1877.