Home ArticlesInteresting facts of the past Robin Hood - Myths and Facts 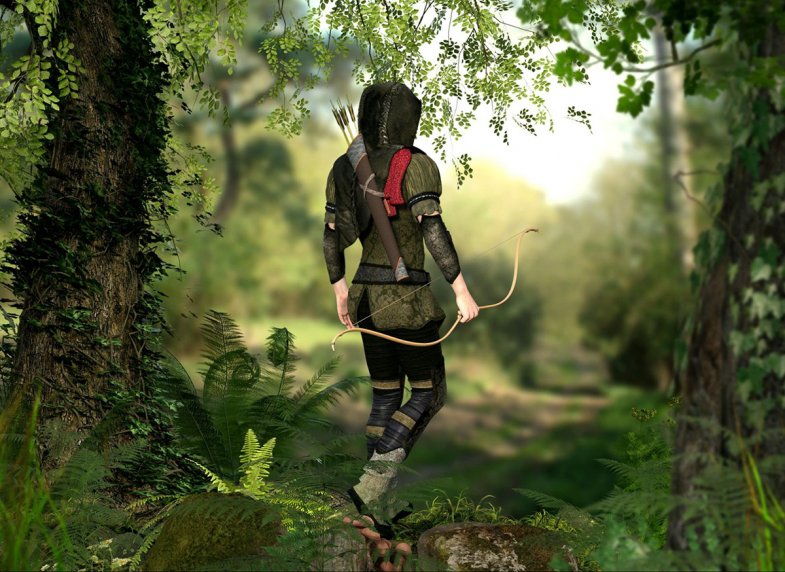 A hero for some, a thief for others. Robin Hood is a fascinating character, but it is not easy to answer all the unclear questions surrounding him. Where did he come from, and did he really steal from the rich and give to the poor? Read the article about the legendary outlaw, the Legend of Sherwood. Explore with us the historical facts that debunk popular myths!

The Hero of the Poor

Britain was going through a difficult ordeal in the 13th century. Poverty caused by the French invasion as well as King Richard's wars affected the lives of more and more people. Tough times were taking their toll. The poor grew more and more discontent.

The crisis gave birth to a hero - Robin Hood - a man who stood up against the rich. He defended the rights of, and justice for those most affected by these unfavourable circumstances. He took from the rich and gave to the poor. 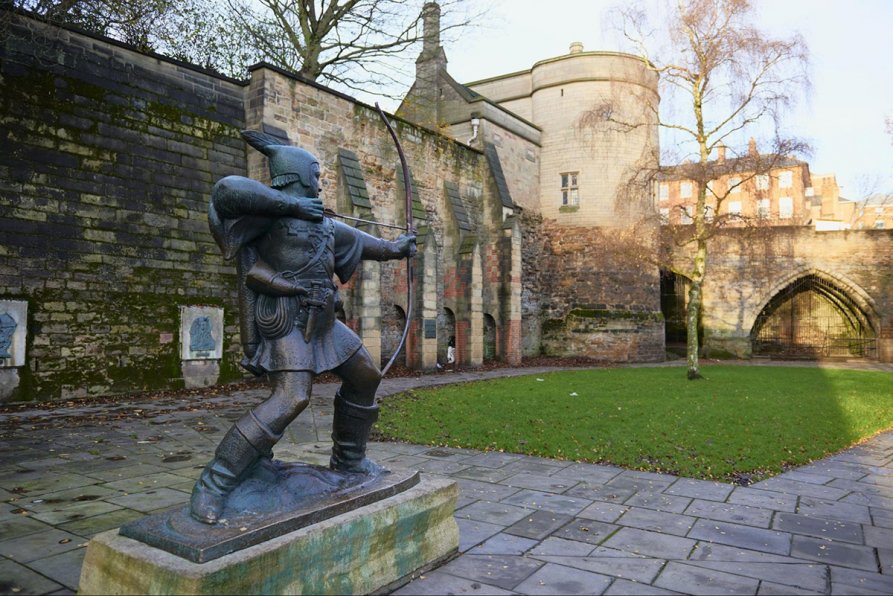 Robin was an outlaw, who lived with his company in the Sherwood Forest, near Nottingham. Nottingham was a town with a castle and an important marketplace. Merchants and noblemen travelled back and forth all the time, but the place attracted criminals too.

The Sheriff of Nottingham was the main antagonist of the popular archer. The sheriff was responsible for enforcing law in the area. Naturally, Robin and his party were a big trouble. Part of the sheriff’s job was collecting taxes. At the time, taxes were collected when the country needed more resources, and it happened irregularly.

For example, if the country needed more money for a war, ordinary people had to pay taxes to fill the treasury. For the poor, however, any unexpected expenses could mean there would be no food on the table. The legend of Robin Hood depicts Robin as a hero and the Sheriff as the villain who is taking money away from the common people.

Everyone has heard those. But what are the known facts? There is no convincing evidence that Robin Hood really lived. These stories were initially passed down as oral traditions, so it's almost impossible to tell for sure where the famous outlaw with his bow and arrows came from. 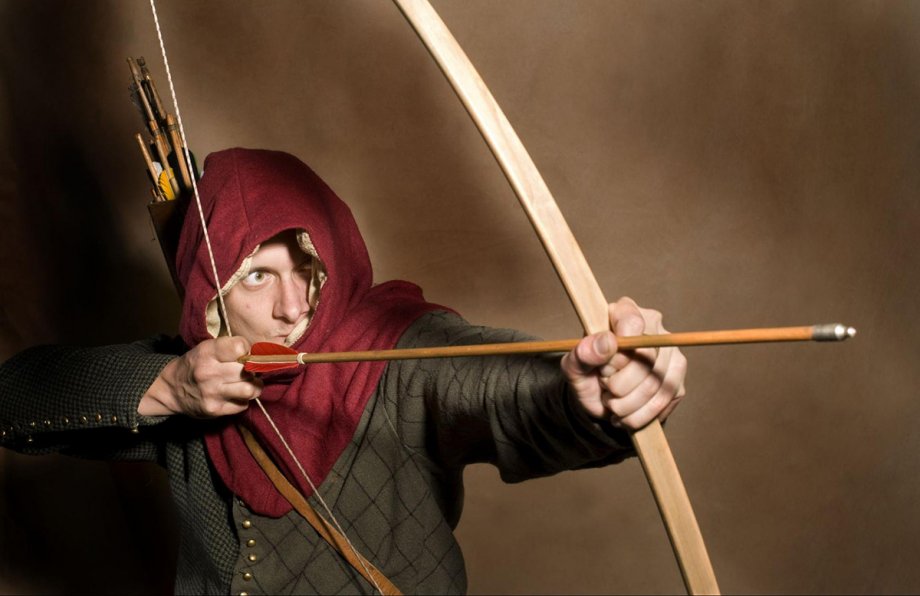 If we want to explore historical facts, we have to look for references in literature. The earliest reference to Robin Hood is a poem by William Langland from 1377 called "The vision of William concerning Piers Plowman”.

The story of the outlaw was popular among the people. Robin Hood made it to songs and ballads, and in 1426, there is a record of a play performed at the festival in Exeter. The legend also features Friar Tuck and the beautiful Marian.

One of the recorded ballads was Robin Hode and the Friar from the mid-15th century. ‘Hode’ is not a typo. The literary history features various characters of an archer with names similar to Robin Hood. We know for a fact that there was a person in Yorkshire called Robert Hod, who became an outlaw in 1225 and was deprived of his property. 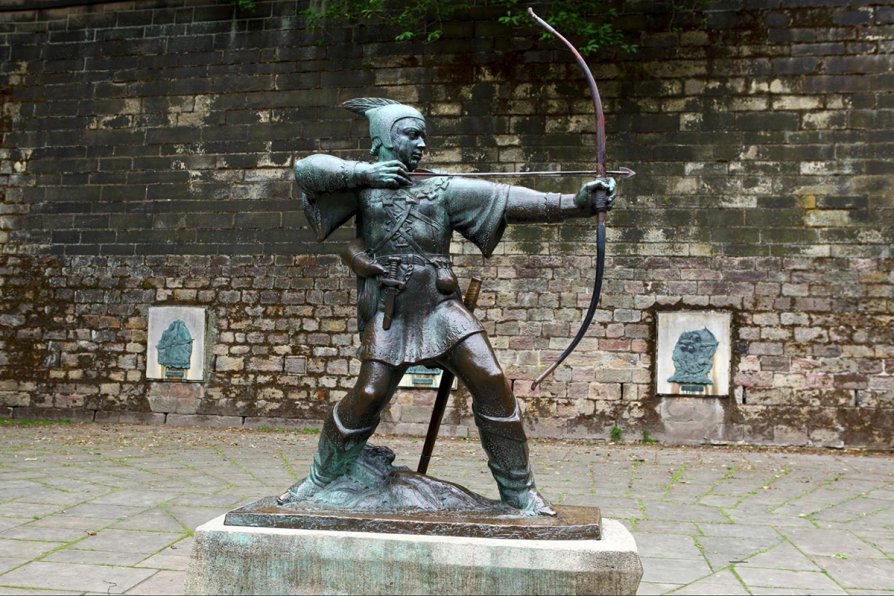 Another Robert Hod was recorded in history during the reign of Henry III. He became an outlaw for fighting against the king. He was defeated and had to live in the shadows. Or in the forests, to be exact.

Another record of “Robyn Hode” from the Sherwood Forest comes from 13th century - he was an outlaw who ambushed supporters of the king. To sum it up, we have more historical records of Robin Hoods from the medieval times.

It is unlikely that there was one individual who inspired all the legends and ballads. Robin Hood might just be a collection of legends and myths that gradually found their way into literary and historical sources. This is probably how Robin Hood, the protector of the poor, was born.

When we hear the name Robin Hood today, most of us see a man in a green cape, pulling the bowstring of his bow, ready to shoot an arrow at his enemies. It is possible that more facts will be discovered in the future that will change the popular image of the archer.

The character of Robin Hood has been a popular topic in literature, plays and films. There are several Robin Hood film adaptations and series. The first film about Robin Hood was released in 1908.

A lot of other films followed, all featuring Robin Hood. The year 1976 saw the release of the film Robin and Marian starring Sean Connery and Audrey Hepburn. The film is about the reunion of Robin and Marian after 20 years.

In 1973, Walt Disney made sure to create a Robin Hood for children. The main protagonist, Robin, was an anthropomorphic fox. The film was nominated for Oscars for its original song. 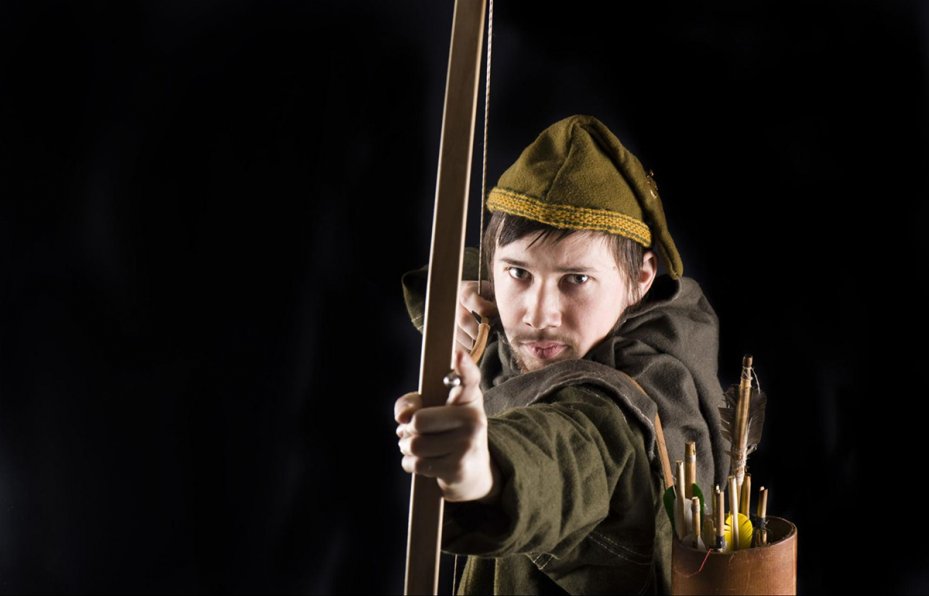 Princes of Thieves (2001) starring Keira Knightley picks up the storyline after the “known” events of the Robin Hood legend. Robin's daughter, Gwyn, continues in the tradition started by her father.

Robin Hood inspired parodies as well. Robin Hood: Men in Tights (1993) directed by Mel Brooks is a parody on the Robin Hood myth in general, but its plot also targets other popular films.

Are you fascinated by the legend of Robin Hood? Do you want to turn into the popular archer from Sherwood, try to shoot an arrow like he did? Learn more about archery and master the art of shooting an arrow.