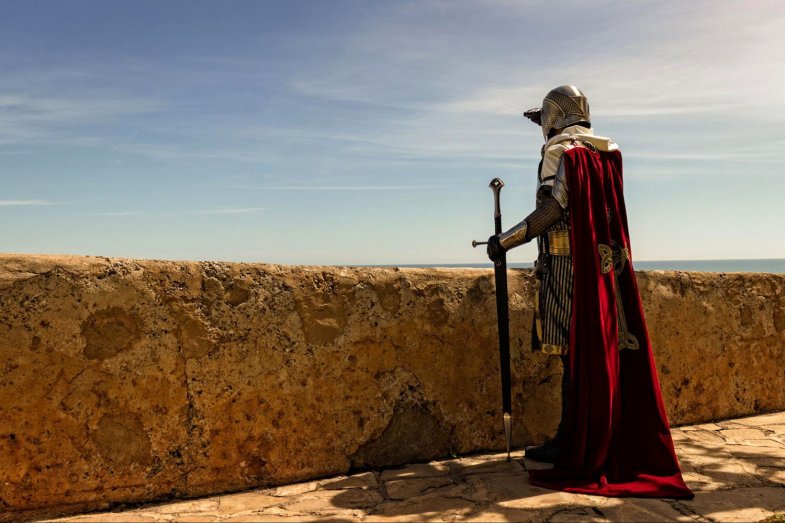 Some believe that the order still operates in secret today, others consider it to be history that ended in 1314. The Knights Templar Order is shrouded in many secrets, myths and conjectures. Read on to find out how and why it came into existence and what we know about it.

In 1099, Christian armies captured Jerusalem with the Crusades and ended Muslim rule over the city. After that, hordes of pilgrims from across Western Europe began to travel to Jerusalem, but the Muslims never wanted to give up on the territory and regularly raided, robbed and killed whole groups of European pilgrims.

A French knight, Hugues de Payens, decided to put an end to this and, together with eight relatives and friends, founded a military order with the mission to protect the pilgrims. This happened in the year 1119 or 1120 (historians are not sure) and the order was called the Poor Fellow-Soldiers of Christ and of the Temple of Solomon. Since the Latin word for temple is templum, the order gradually came to be known as the Templars.

Since the original mission of the order was to protect defenseless pilgrims on their pilgrimage to Jerusalem, the Templars enjoyed great support from its ruler, Baldwin II. The headquarters of Knights Templar was located on the Temple Mount near Jerusalem, and the order received considerable financial support from European rulers and nobles who were grateful for the protection the knights offered.

The Templars received even more attention when the eminent French abbot Bernard of Clervaux wrote a treatise "Praise of the New Chivalry", in which he expressed his support for Knights Templar. In 1139 they even won the favour of the Pope himself, who issued a papal bull granting the Knights special rights. The knights had, among other things, the following privileges:

Because the Knights Templar became famous for their discipline, devotion, and strict code of conduct, they gained a great deal of trust and gradually accumulated funds from donations.

How did international money transfer work in the 12th century?

Over time, the Templars accumulated vast wealth from gifts and spoils of war and established a banking system. This allowed pilgrims to deposit their money in their European country and withdraw the funds in the Holy Land. This system reduced the risk of robbery and loss of property. The only thing missing was a credit card

How did they gain so much trust? In part, it was by requiring each member to take an oath of poverty, chastity, and obedience. 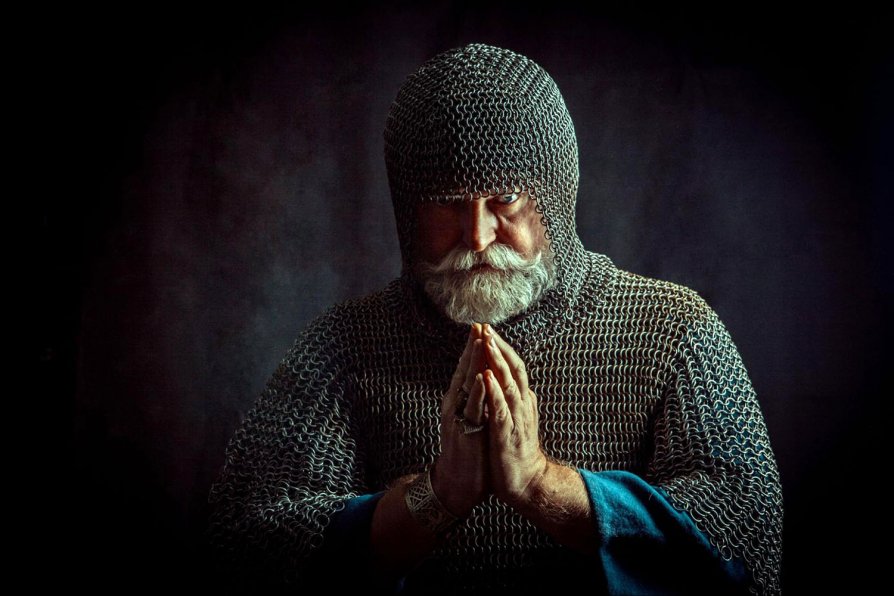 If you think of knights as a bunch of drinking, boorish men playing dice, cards and womanizing after a battle, the Knights Templar were different. They weren't allowed to drink, gamble, have wives and children or even swear. The highest value for them was prayer (that is why they had the Templar cross in their emblem) and a special reverence for the Virgin Mary.

When one cannot enjoy worldly vices, one has no choice but to work hard. At the height of their fame and influence, the Knights Templar had an impressive fleet of ships, built castles, owned the island of Cyprus, and their order functioned as a bank and depository that provided loans to prominent European monarchs and nobles. 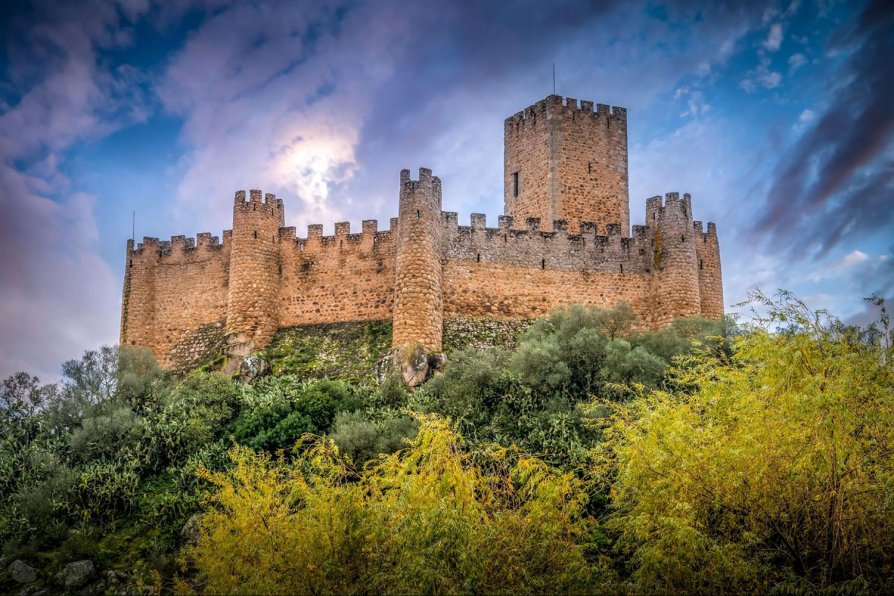 First and foremost, They Were Warriors

Despite their growing influence, the Knights Templar did not forget their original mission - to protect pilgrims from robbers and assassins, with a Templar sword in hand. However, even in this sphere they gradually expanded their scope and became the protectors of most of the Crusader states in the Holy Land. They proved themselves to be extremely courageous, fierce, but professional fighters. They earned this reputation mainly during the Crusades. Their armour and weapons also became famous, most notably the Templar sword.

The Templars were driven in battle not only by their religious zeal, but also by the principle that they must not retreat unless vastly outnumbered. Simply put, they always managed to find a way. In battles, they often came out victorious and their fighting style became a model for many other military orders. 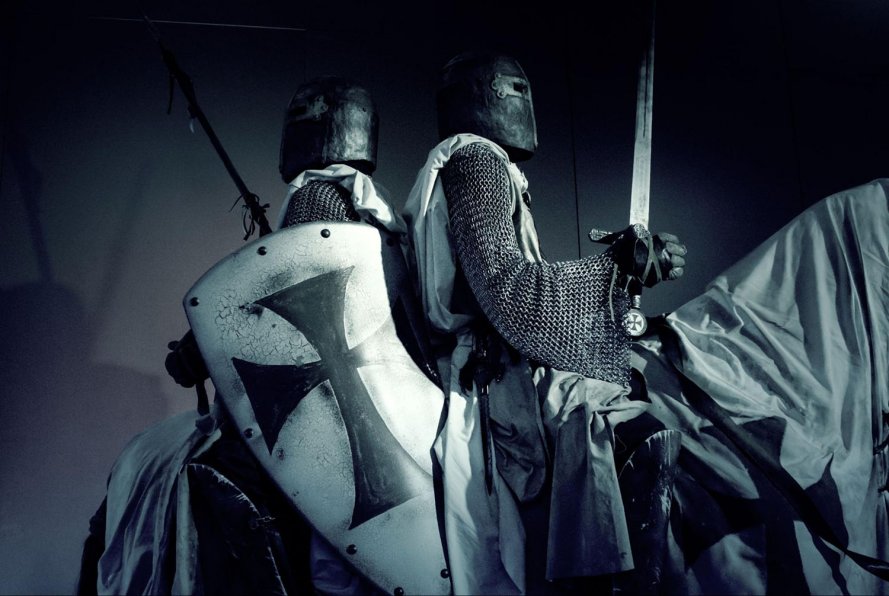 Then Came the Fall

The end of the 12th century brought a strong Muslim offensive and their armies regained control of Jerusalem. This forced the Templars to move away. In 1291, Muslim forces captured Acre, the last Crusader stronghold in the Holy Land.

With the increasing number of military failures, the support for military action in the Holy Land began to fade, and with it support for the Templars. In addition, many European rulers and religious leaders grew jealous of their power and wealth.

After abandoning their land in the Muslim territory, the Templars established a new base in Paris. But they displeased King Philip IV. And because he had the power, he decided to abolish them. Apparently, the Templars refused to provide further loans to the heavily indebted ruler.

On Friday, 13 October 1307, the French army arrested dozens of members of the Templar order, including their Grand Master, Jacques de Molay. The Templars were brutally tortured until they confessed to false charges of heresy, homosexuality, financial corruption, devil worship, fraud, spitting on the cross and more.

Dozens of Templars were burned to death as a result of their confessions. Grand Master Jacques de Molay was executed in 1314 and Pope Clement, under pressure from Philip IV, dissolved the Templar Order. The property and finances of the order were handed over to another knightly order, but, arguably, the King Philip IV used many of these funds for his own benefit.

Do the Knights Templar Exist Today?

The Church today admits that the persecution of the Templars was not justified, and the Pope succumbed to pressure from secular rulers. In the 18th century some groups, such as the Freemasons, revived some of the symbols, rituals, and traditions of the Templar order. These international organizations still maintain the Templar traditions today and anyone can join them if they wish. 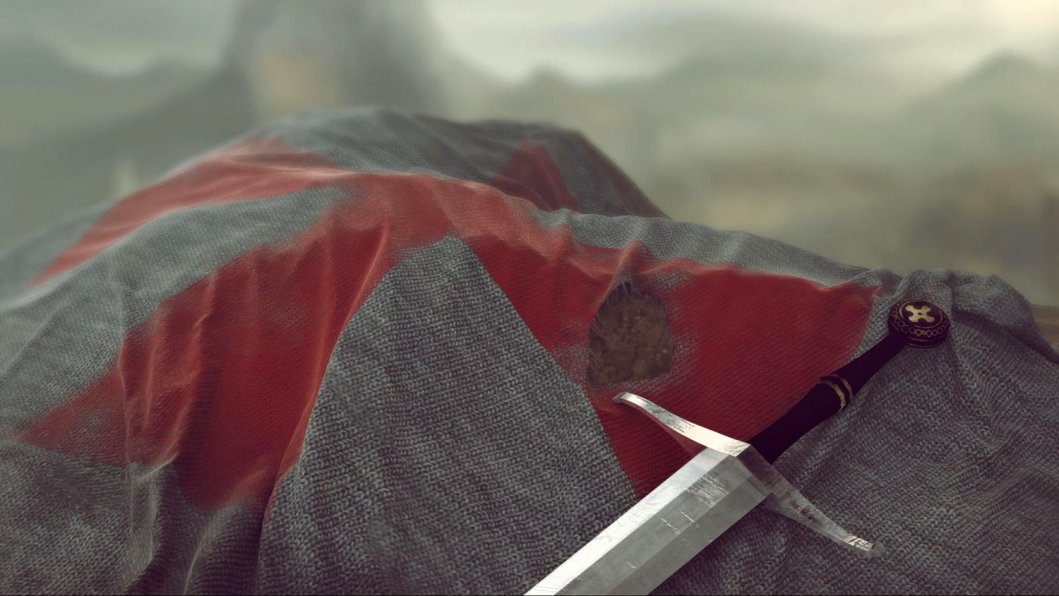 At the same time, there are various stories and legends about the secret activities of the Templars, allegedly operating underground. According to some historians, they even guarded the Shroud of Turin for centuries, discovering and preserving artifacts and relics such as the Holy Grail, the Ark of the Covenant, or parts of the cross from the crucifixion of Jesus. They also allegedly guard the Templar treasure to this day.

The secret operations of the Knights Templar are the subject of the popular novel The Da Vinci Code. According to this story, the Templars were involved in a conspiracy to preserve the bloodline of Jesus Christ. However, most of this speculation is considered fiction.