The Evolution of Chainmail Armour 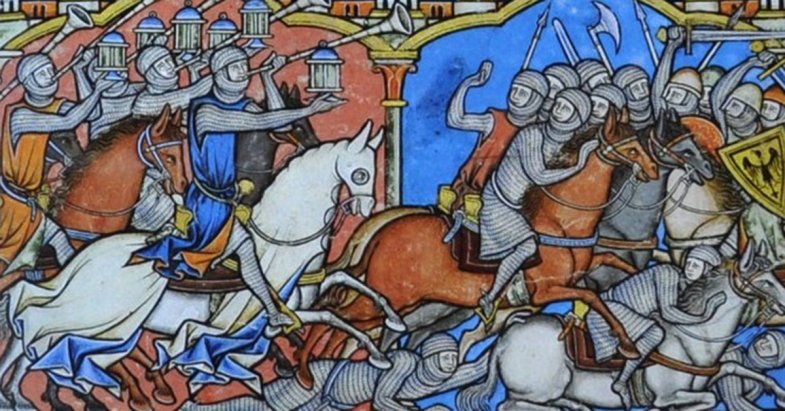 Chainmail armour, or ring armour, was the most widespread and longest-used type of armour throughout history. From Antiquity to the Early Modern Period (or even longer in certain regions), ring armour was widely used by warriors throughout Europe, the Middle East, the Asian steppes, Persia and India, China, Korea, Vietnam and Japan. Read on and find out why this armour was so popular!

The ancient Celts already knew and used chain mail. Many experts believe that it was the Celts, known for their excellent metalworking skills, who invented ring armour. The Romans copied the armour directly from the Celts or Gauls, and called it lorica hamata. 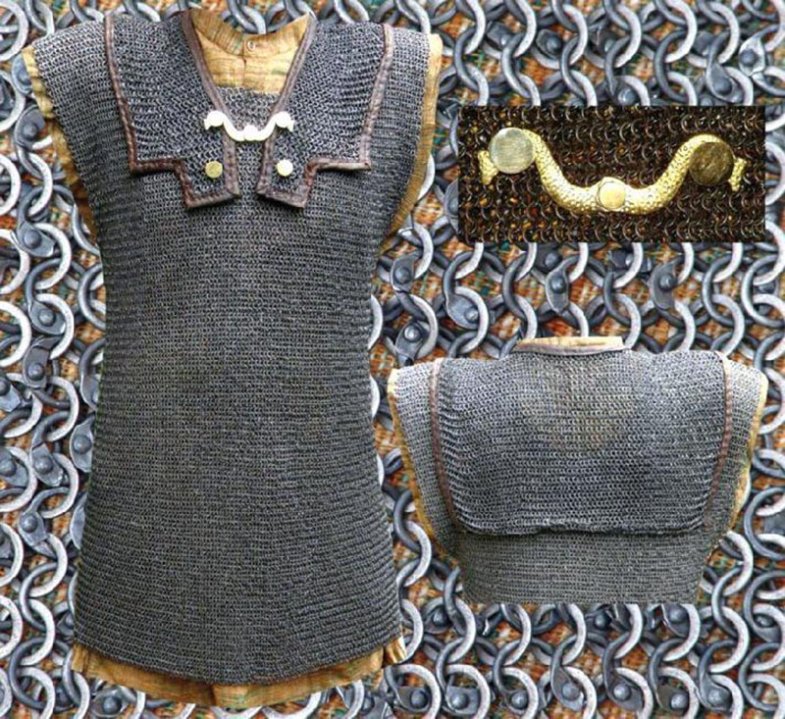 The armour shape imitated a shorter sleeveless tunic and was complemented by an additional piece reinforcing the back and shoulders. The mesh was lined with leather or cloth. In the first centuries AD, the Roman armour was increasingly important.

The chain mail tunic reached down to the thighs and was commonly worn together with full-length sleeves. A padded gambeson was worn underneath the armour. The first mail coifs began to appear as well. Heavy cavalrymen (Cataphracts) used combined, mail-and-plate armour protecting not only the rider but also the horse. This armour type was introduced by the Romans and then the Byzantines, and inspired by the Parthians and Sasanians.

After the fall of the Western Roman Empire, whole Europe collapsed into long-lasting chaos known as the Dark Age. The Germanic and Slavic warriors used hardly any armour back then - the only few armours found from this era were owned by rich individuals. 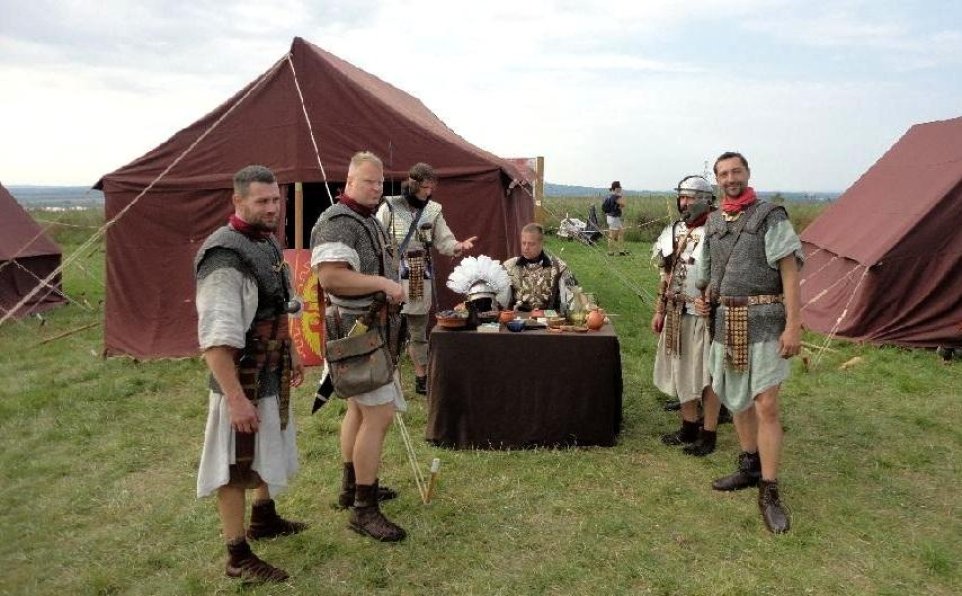 The Roman legionaries of the 1st. - 3rd century AD. Three of them in the foreground are wearing chainmail loricas
Photo: Edgar Pachta (Legio X Gemina)

The Avars, the Pechenegs, and other nomadic peoples from the east generally used a good armour. Their armours were mostly lamellar or made of leather.

The Vikings used fairly effective and strong armours, consisting of chainmail shirts (some sources claim that they even used two-layer chainmail shirts), and armours made of metal plates and ring mesh. The fearless Northmen travelled the sea in search for new lands or ships to plunder and rob.

The lack of popularity of the chainmail armour in Europe can be explained by the mindset of European warriors, who often considered armour to be an unnecessary burden, but also by the decline of craftsmanship in the Dark Age. However, towards the end of the first millennium AD, this mindset started to change: chainmail armour made a powerful comeback.

The Frankish horsemen preferred a layer of leather covered with metal scales or lamellas, but that does not indicate that European craftsmen "forgot" how to make chainmail armour.

Many experts claim that the technology of making a chainmail was also known to the craftsmen of Great Moravia. The so-called St Wenceslas armour is the proof of this. The armour consists of a knee-length shirt with long sleeves, a "cape" and a collar called aventail, protecting the neck and shoulders.

The armour was made using the 4-to-1 pattern, meaning that each ring was linked to four others. A chainmail shirt weighs 10 kg, the cape about 1 kg. It means that St. Wenceslas armour was fairly light-weight and allowed the wearer - allegedly St. Wenceslas himself - to comfortably fight from horseback. The aventail was also an accessory to helmets. 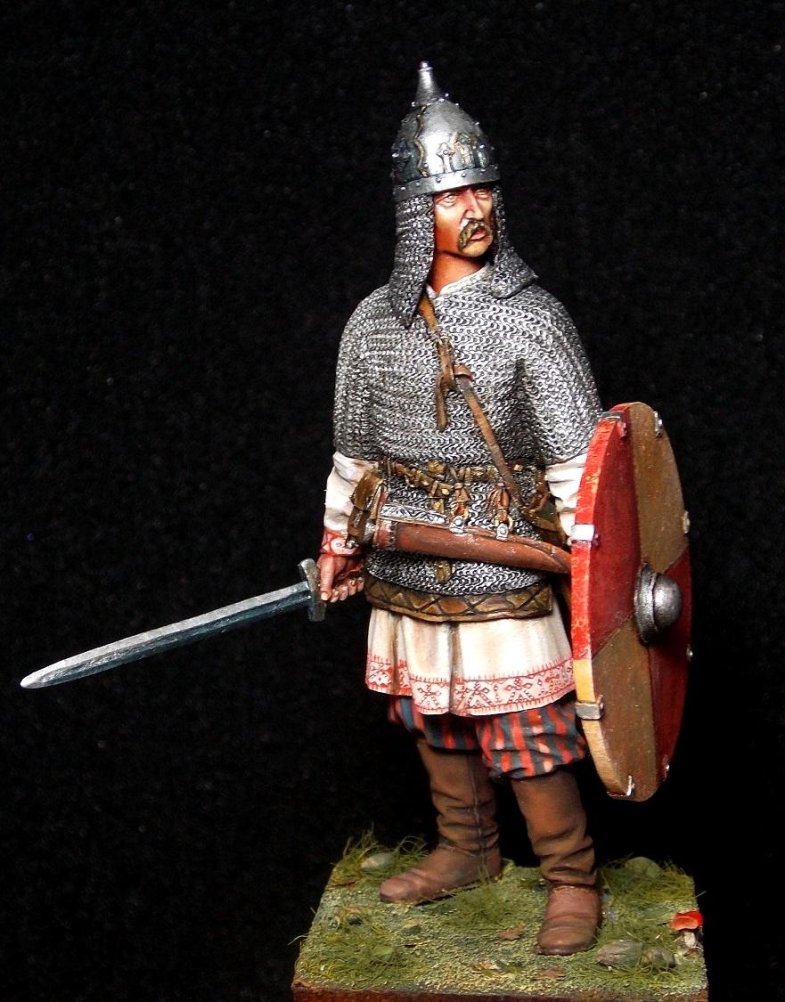 The Golden Age of Chivalry

Heavy cavalry was the most important military force across the West. Heavy horsemen of Russia and the East used various types of armour and gear designed for horseback combat. Cavalrymen wore a chain mail shirt reaching above the knees, sleeves with chainmail mittens and a chainmail coif, and a padded cap.

Chainmail leggings were also common. The whole armour set weighed around 15-20 kg. The chainmail shirt, or hauberk, was usually worn over a quilted gambeson, whose purpose was to absorb the power of a blow and protect the body from bruising. Infantry men used short-sleeved chainmail armour.

Historians today unanimously claim that Western armour was at least equal to - and often even better than - that of the warriors of medieval Russia, especially those from Novgorod. As early as the 13th century, their chainmail shirts were commonly reinforced with metal plates resembling scales.

A chainmail shirt weighed between 5 and 10 kg, depending on its length. In addition, armour made up of a combination of rings and plates - the mail-and-plate armour (see article on Eastern armour) - began to appear, as well as ring and plate gauntlets, cuffs and shin guards. 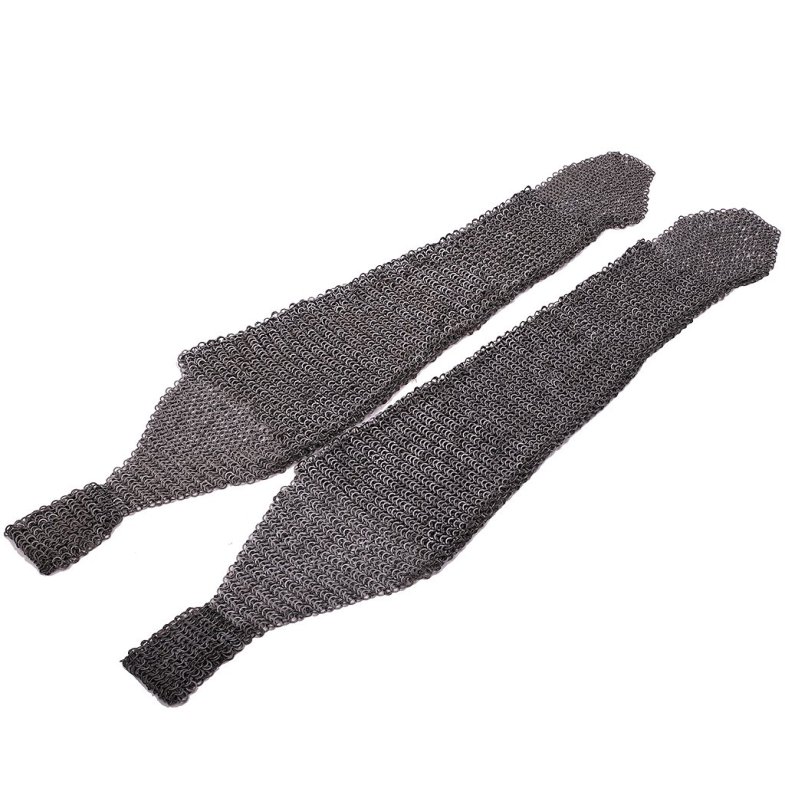 An integral part of the knight's armour of the 13th and 14th centuries were chainmail leggings.

Interestingly enough, the Byzantines did not use chainmail armour during the First Crusade, even though their Arab, Turkish and Egyptian opponents were familiar with the technology of making chainmail. Chain mail armours were used by Ottoman Turks, the Tatars, the Hungarian and Polish horsemen in the 16th and 17th centuries, and even the Circassians during the Napoleonic Wars, then Georgians and other warriors from the Ural and the Caucasus region. 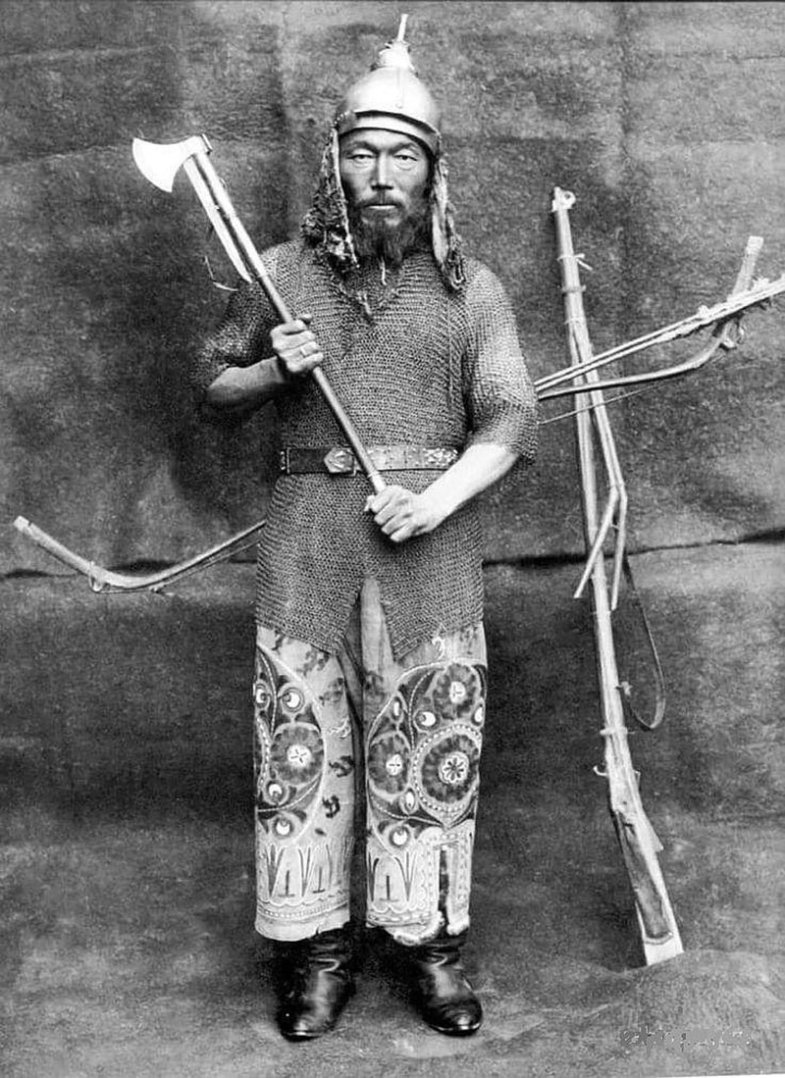 Kazakh warrior in a photo from the second half of the 19th century.
Edgar Pachta's archive

In Japan, several different types of chainmail armour were used. They had been in use since the 14th century, although they didn't gain much popularity until two centuries later. Several chainmail patterns were used which differed in number of rings that each ring was connected to (three, four, six or eight).

Ring mesh was also used to make gauntlets, shin guards, upper leg and neck protectors. Along with the traditional types such as nawame-gusari, new types such as namban-gusari appeared in the 16th century. It was chainmail armour originally used by the "southern barbarians", the Europeans.

Based on historical depictions and preserved armours (or their parts), we can conclude that the method of making chainmail was same in the Antiquity and the Middle Ages. We may not know the metallurgical composition of the steel used to make historical chainmail armours, but we know that armourers usually made them from wire, not from rings resembling today's spring washers.

Some manufacturers and swordsmen today use spring washers to make armour. The rings made of wire and they were round. Only the end was flattened, and the ends were connected by a rivet. The inner diameter of the rings was 6-8 mm, rarely 10 mm or 4 mm. 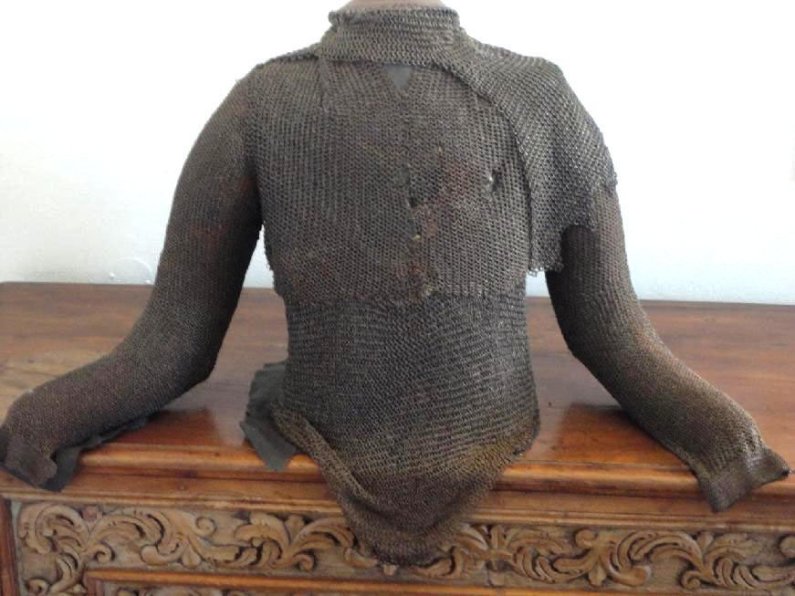 This chainmail armour and small helmet was used by the Polish heavy cavalry in the 17th century, but it is very similar to the medieval chainmail armour.
Photo: Edgar Pachta (Bučovice Chateau, Czechia)

To make chainmail, the armourer first needed to forge and prepare a metal wire. Then he had to wind the wire around a rod and cut the wire into rings. He needed up to 16,000 rings made from 600 m of wire to make one armour.