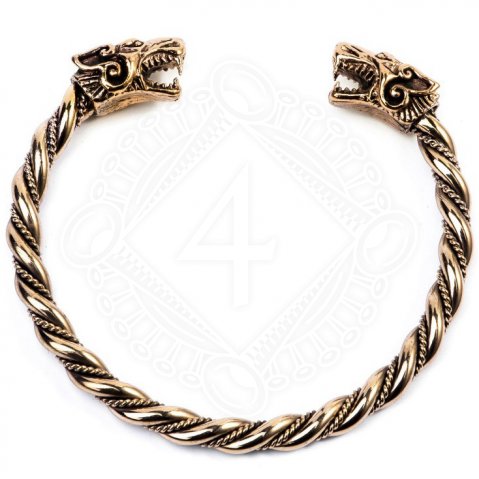 The bracelet is made of two twisted bronze wires and individually adjustable.

If you put down your email here, we will notify you as soon as the product Viking bracelet Fenris is in stock again.

Included in these categories: Bracelets