Karambit, for Self-Defense or Peeling Fruit 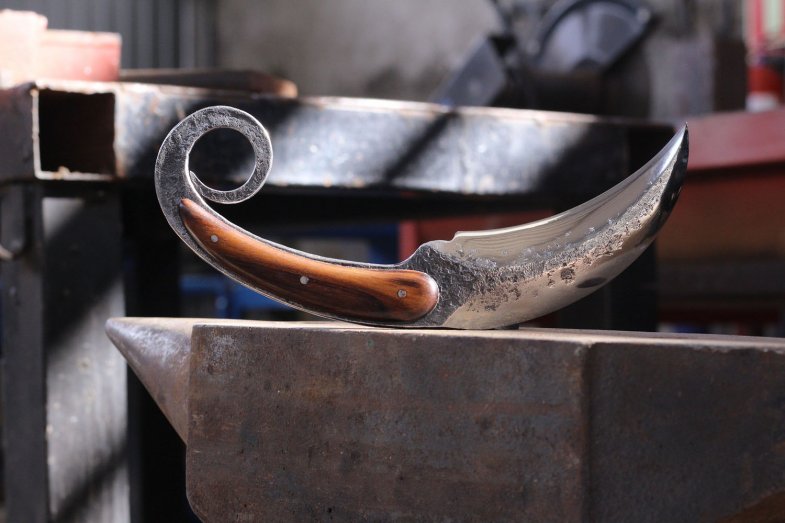 A stealth pocketknife called Karambit has roots in Indonesia, Malaysia and the Philippines. It originally served as a pocketknife for locals, similar to the folding knife of the Swiss type in Europe. This extraordinary hand tool can be found as early as the 11th century, in Indonesia people still use it thanks to its practicality.

Karambit did not enter the world until the end of the 1960s. However, it was imported to the United States in the early nineteenth century. The knife became very popular in the 1970s and 1980s, when it was used by martial arts enthusiasts. It was used as a tool in training for Indonesian Pencak silat, Malaysian Silat and Filipino Kali. However, the general public does not know this type of knife to this day. Before the boom in martial arts, Karambit served mainly as an aid in cutting ropes, peeling fruit and other small tasks.

A Modern Tool with Multiple Use

In Indonesia, people still use the knife for regular tasks. They open packages with it, skin fishes, and use it for landscaping. In addition, they also used it as a means of self-defense. Today's knives are designed by manufacturers to meet today's demands. This knife blends the present with the harsh conditions in the past.

We find it in many shapes and sizes, but it always fulfills its three basic functions. It is a knife for slicing and cutting, a training tool and is used for self-defense. It is exceptional mainly due to the ring on the finger, because of that, hands can't slip out of it and cause self-injury. When holding, you also cover your fingers and thus reduce the likelihood of your own injury. This can be especially useful in the cold, such as underwater, in the rain or when its snowy, where the sensitivity of the skin is reduced and there is a risk of injury. 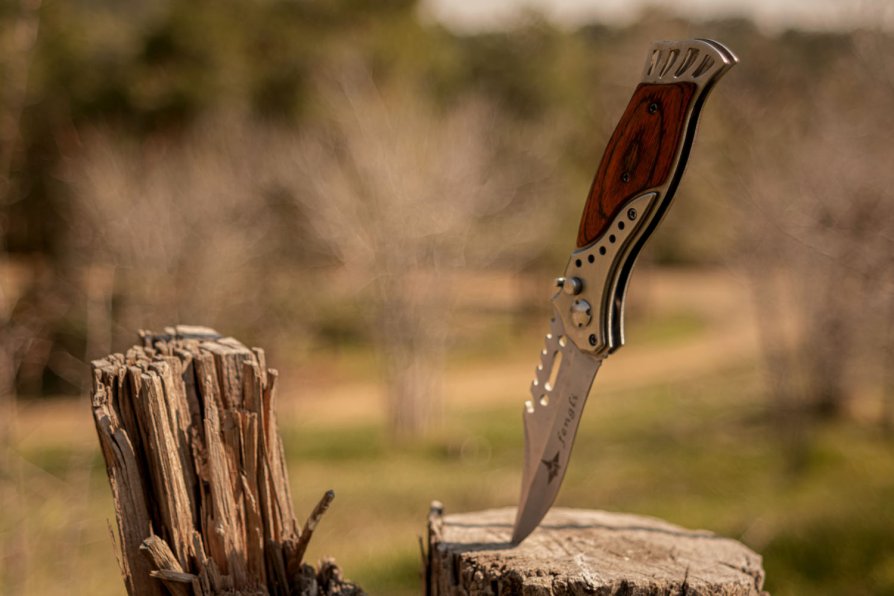 For an experienced owner, the Karambit gives considerable advantage over the opponent. In combat, compared to the classic knife, it is easier to control and provides more options for attack and escape. Thanks to its shape it is also safer.

Many people are convinced that it is not good to underestimate this knife. Quite often they do not consider that the attacker is really armed. This is due to a well-thought-out shape that seems to fit exactly in your hand. It is most often used by medium and short-range fighters. Traditional Karambits have a fixed blade, thanks to Steve Tarani in the United States after many years of negotiating with knife manufacturers, a similar version of Karambit is now produced. 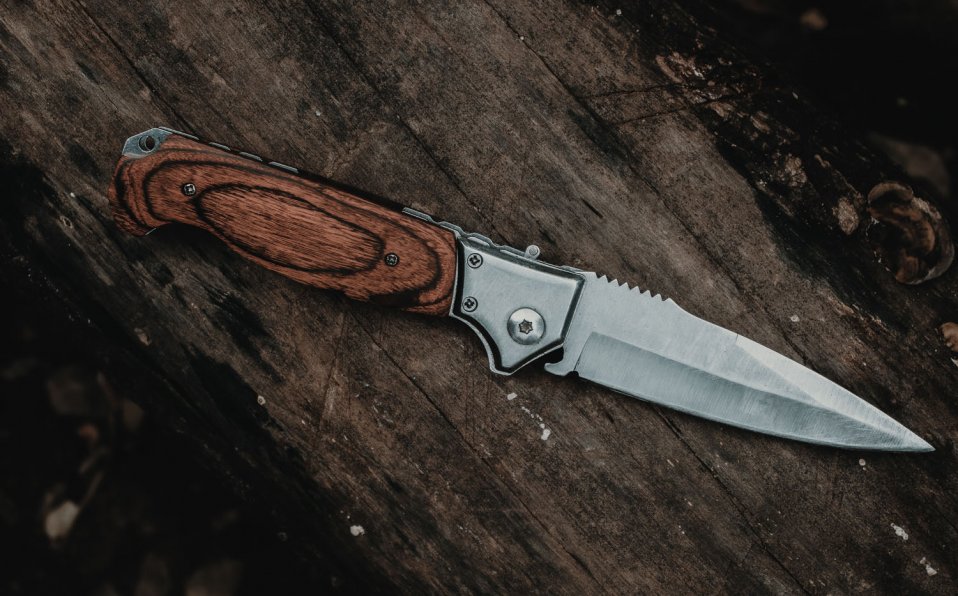 From a Tiger Claw

In different parts of the world, people have independently developed and improved their tools. The most important thing has always been for the tool to perform its tasks, so the form and use of the tool also depends on the geographical location.

In the 13th century, the Majapahit Empire was developed on the island of Java in present-day Indonesia. In addition to weapons and traditions, the Sundsky rulers brought their own religion. After the king's death, people began to believe, his soul moved to the jungle and turned into a tiger. For that, there is the name Pak Maca in Java. Out of respect for the strength of the tigers and in memory of the king, the Sunds created a knife in the shape of a tiger's claw. The big knife was named Kuku Macan which means the tiger's claw.

They used it in battles and ceremonies, but it was cumbersome. Over time, therefore, a smaller version was created until it gradually reached the smallest size, today's form of Karambit. They still call it Kuku Bima.

Today, the Karambit is recognized as a traditional weapon of the Indonesian martial art Pencak Silat. Thanks to its shape, the knife allows the trainees to move freely, with dignity and style. The right treatment of Karambit is reminiscent of dance movements. 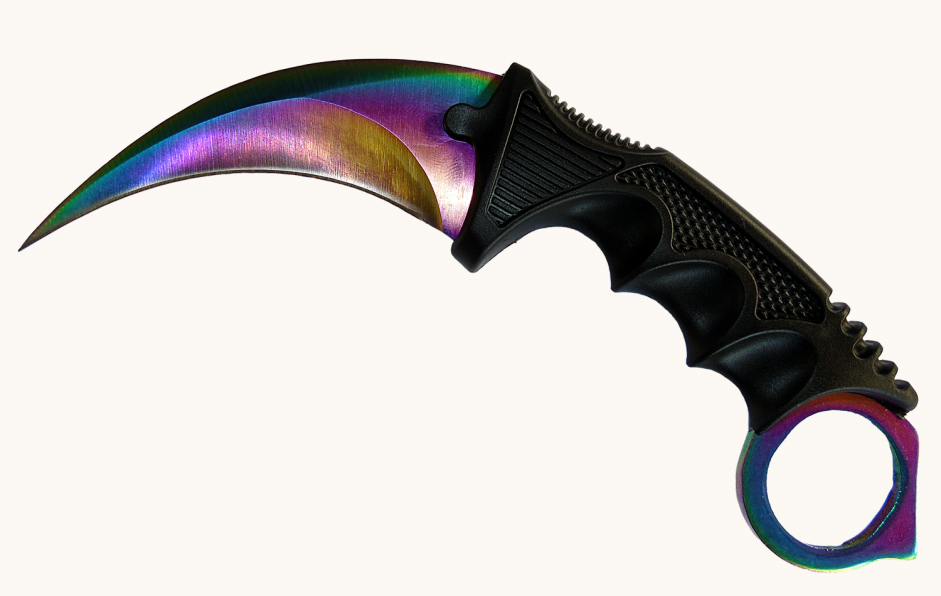 In the past, warriors dipped the blades of combat knives into poison, which kills the enemy immediately after it enters the bloodstream. Even a minor injury was enough. They used poison from forest frogs, snakes, scorpions and venomous spiders. Thanks to this improvement, the Karambit has become an ideal weapon for short distances.

The personal Karambit was good for hitting joints, ligaments and nerves. Because it is a bit smaller than a combat knife, it also causes smaller wounds that are not deep enough to be deadly. The key in the fight was to hit the opponent's eyes, testicles, carotid artery and important tendons. However, with the invention of firearms, their use in combat began to slowly fade, and people used them more as tools for everyday use. 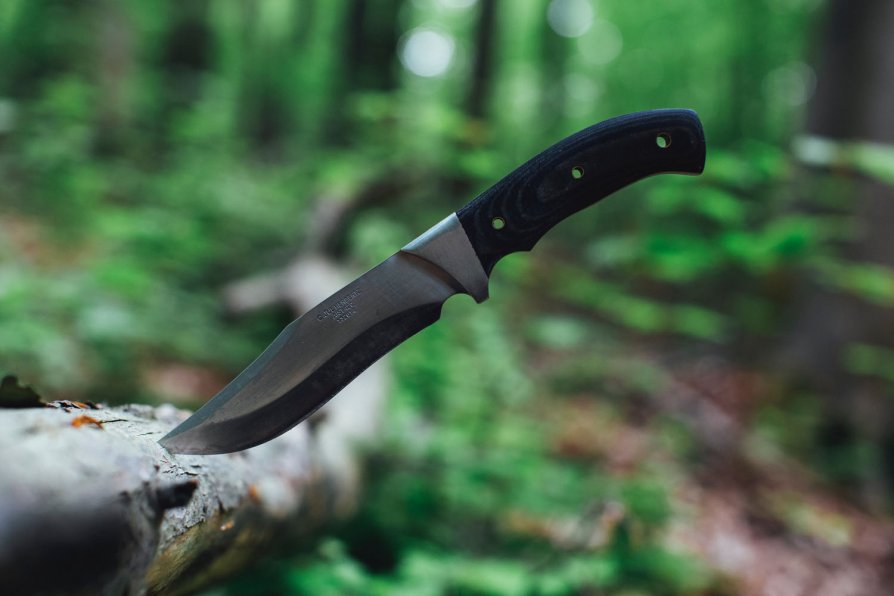 Because it was designed as a contact weapon for close self-defense, it is often difficult to see due to its grip and it is not so easy to disarm its holder. It differs from similar weapons mainly in that it is possible to attack it at different distances without changing the position of the attacking hand. In addition, as a cutting weapon, it can inflict two shots in one move because the blade is double-edged.

Today, however, these knives are more often used by campers, collectors, hunters, who traditionally use all sorts of pocket knives, and also by enthusiasts for knives and lovers of martial arts. People choose it mainly because of its practicality. It should be noted, however, that the safety is the responsibility of its own user. 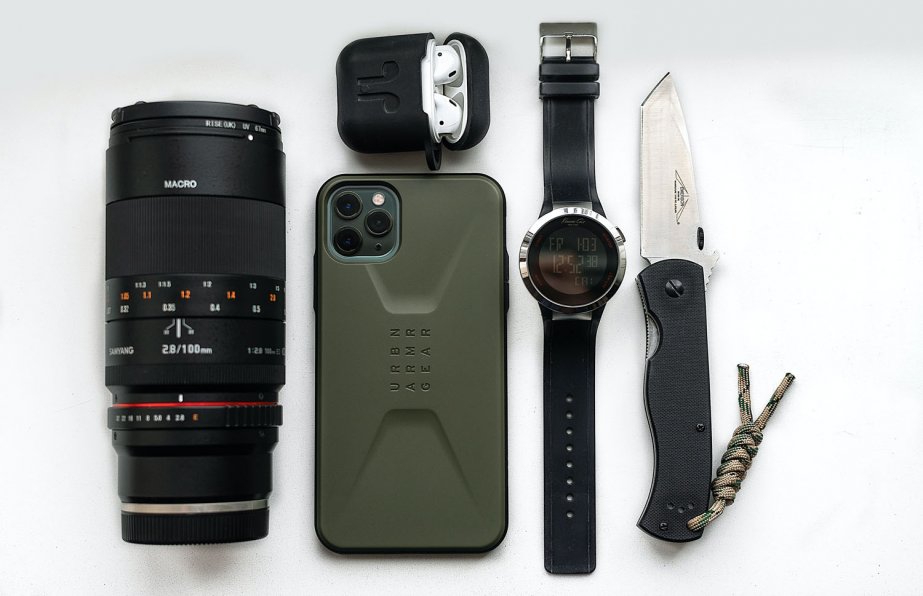 Shapes of Karambit May Vary

Today, there are a whole range of knives that may differ from the original model but they should all meet a few basic criteria. However, the original knife has several fixed parts that have been designed for its perfect use. These are the tip, the inner and outer blades, the shaft, the return blade, the handle, the back of the handle, and the safety ring.