Home ArticlesKnives A Long Knife That Could Surprise the Opponents: The Magical Seax

A Long Knife That Could Surprise the Opponents: The Magical Seax 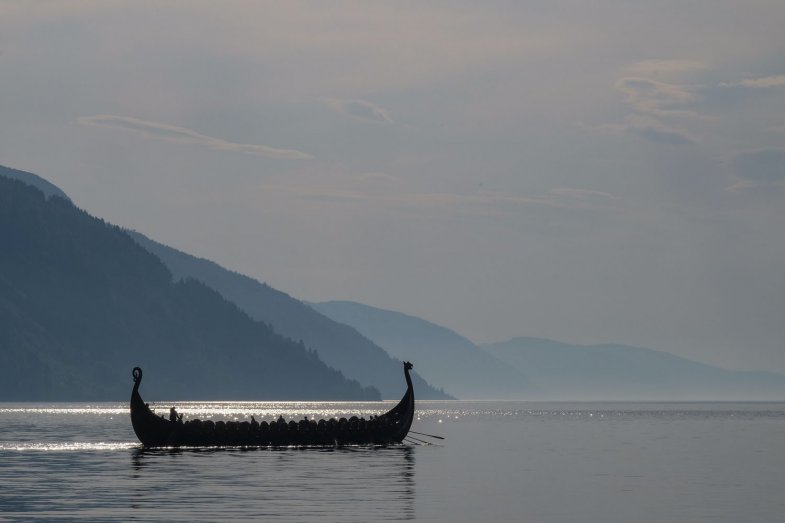 For the Vikings, seax was a reliable weapon of last resort in combat. Seax, also called sramasax, was an inconspicuous long knife at first glance, but it could catch enemies off guard. Long knives were very popular among the Northerners, maybe because of their practical size, the display of perfect workmanship or the possibility to surprise the enemies. The Northeners were using them for centuries. What were the benefits of combat knives?

For Cutting or for Fighting, Depending on Length

Combat knives were worn at the waist and fit well in the hand. The medieval long knife was usually sharpened on one side and its length ranged from 7 to 75 centimetres. There are two types of saxes, short and long. The short seaxes measured up to 35 cm, and the long seaxes were usually between 40 and 75 cm long. The short knives were intended for everyday use, the longer ones were used by warriors in battles, or as a tool to chop down the bushes similarly as a machete.

The process of forging was not too complicated. The blades were always straight and massive, narrowing down toward the end. This made them suitable for stabbing. The wealth, financial circumstances and social class of its owner were reflected in the decoration. The case was an inseparable part of the knife. The most famous knives were found in Trondheim, historians date them back to 1000. Some of the knives were richly decorated, with themes featuring various animals and ornaments. 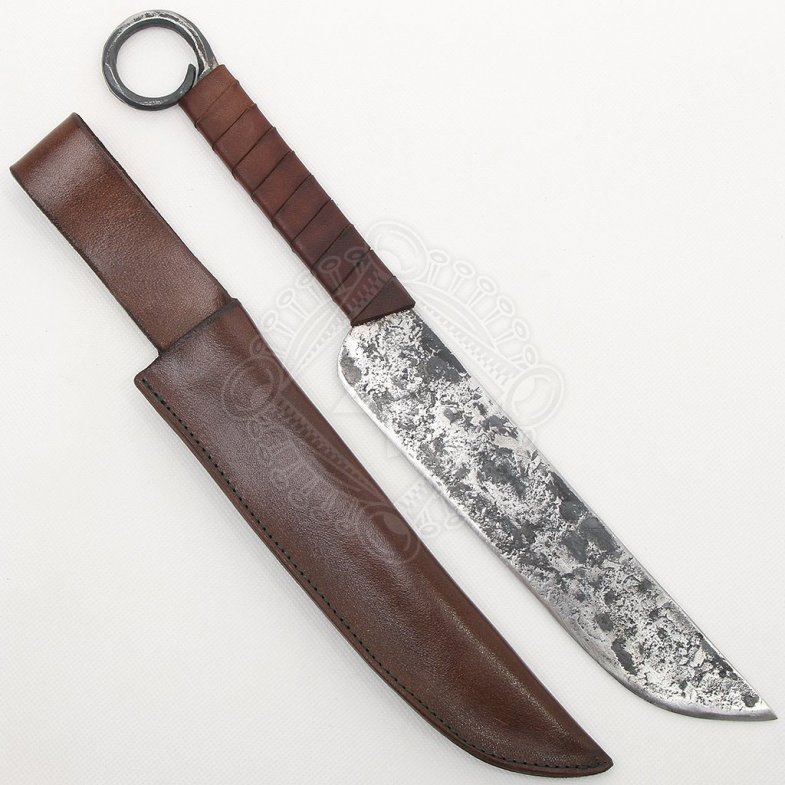 Where Does the Strange Name Come From?

The origin of the knife probably came from the Saxons, from whom we derive the name seax or sax. Along with axes, knives were the most common and available weapons in the early Middle Ages. They were always at hand, they weighed less than a sword or an axe, and were much cheaper. This made them a popular and common weapon.

The longest known seax-type knives come from Norway, although they later spread to other parts of Europe. The golden age of these cold weapons was in the Merovingian period, and then in the Viking age. The Vikings specialised in close combat. Their religion and zeal made them ferocious warriors. They would fearlessly charge into battles and close combat weapons were very convenient for their style.

Single-edged swords with shields and heads were also often classified as knives. Those swords were popular in Norway in the 10th century. The function of both weapons was different, yet it is evident that they shared the same basic shape. 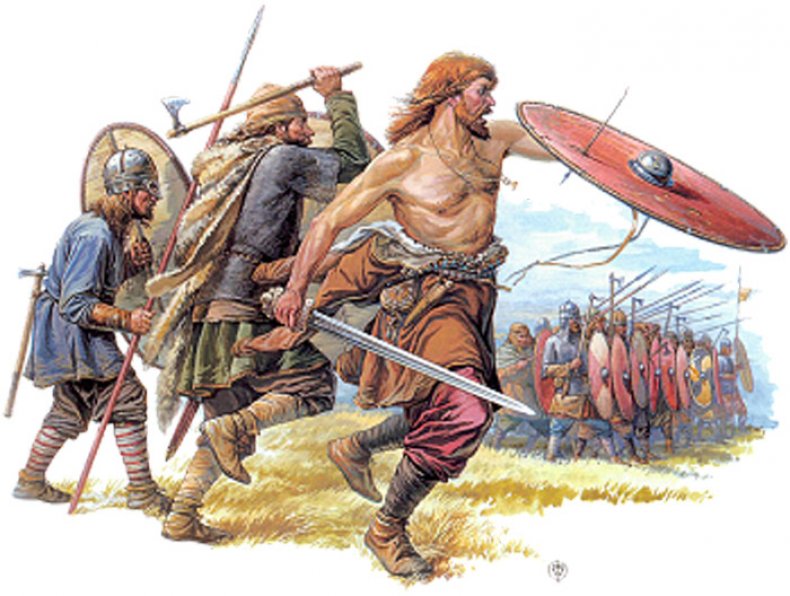 Advantages of Knives Compared to Swords and Axes

If the warrior lost his sword in the clash, or if the manipulation with an axe was awkward for the moment, he simply reached to his waist for the hidden knife. Unlike Viking cutting swords, the knives were suitable for stabbing, even at short distances. That is why a small weapon often served its owner much better than other types of weapons.

Because they were cheaper to produce, but still quite effective, the seaxes were mainly common for the poorer warrior classes. However, that did not mean that blacksmiths were doing a bad job in their production. 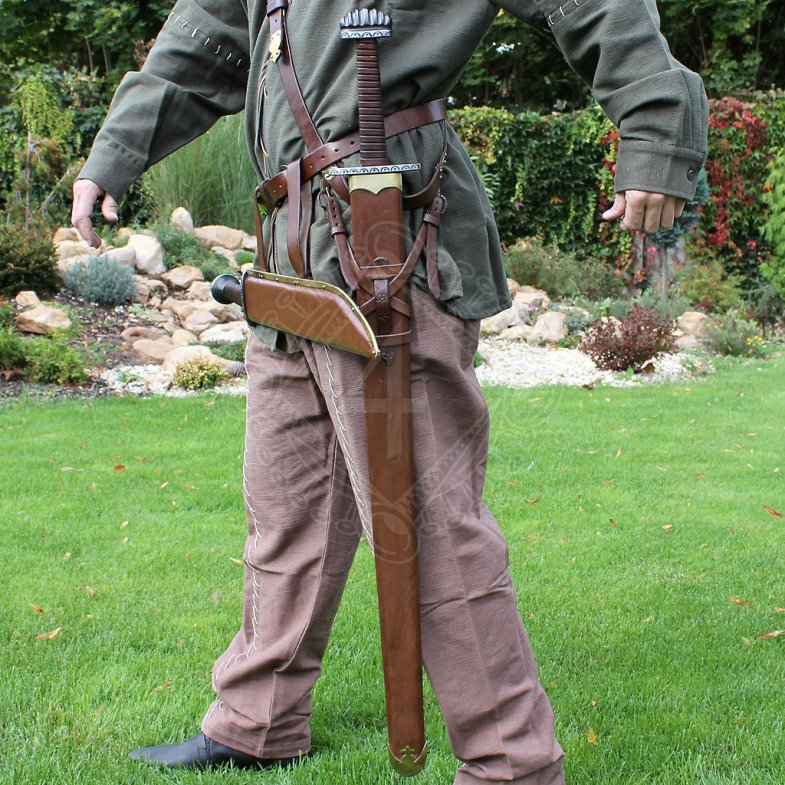 A mysterious mark engraved on a blade near the hilt marked the first-class quality of steel, which was unparalleled in its time. Swords (and probably knives also) with this brand were produced by Nordic armorers between 800 and 1000. Even today, many experts wonder how blacksmiths could achieve such extraordinary quality of steel, that appeared in most countries no sooner than a thousand years later - at a time of industrial revolution.

Most medieval swords did not attain that level of quality. Their soft iron was much more fragile, as it contained less carbon. On the other hand, the Ulfberth steel had a higher carbon content and contained less unwanted steel slag. This made the weapons more flexible and more reliable; the steel did not get stuck in wood or enemy shields, and, additionally, it could penetrate armour more effectively. This was even more true for seaxes. All this gave the Vikings a clear advantage over their enemies and improved their proverbial dexterity. 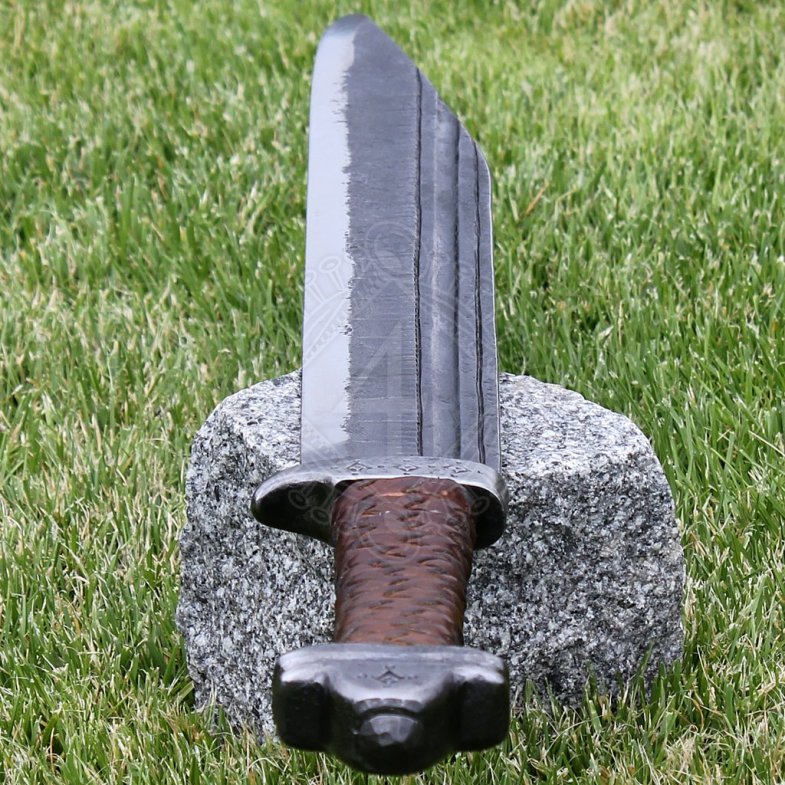 Around 170 swords of this mysterious brand were found. According to historians, the secrets of steel production were passed on from one blacksmith to another. The Ulfberth swords all had two crosses embossed on the bottom of the blade and the word † ULFBERHT † between them. The word probably comes from Frankish language, but the meaning remains a mystery today.

According to some theories, the word may refer to the name of the blacksmith’s workshop that produced their swords with a brand on it and serve as a form of promotion or advertising. Another theory claims that the strange word is a compound of two Germanic expressions. The first word is “ulfr”, which translates as “wolf”. The second is “Berath”, which means “bright” or “shining”. The third theory suggests that the manufacturer simply branded the sword by his own name. But that would be very unconventional at those times. 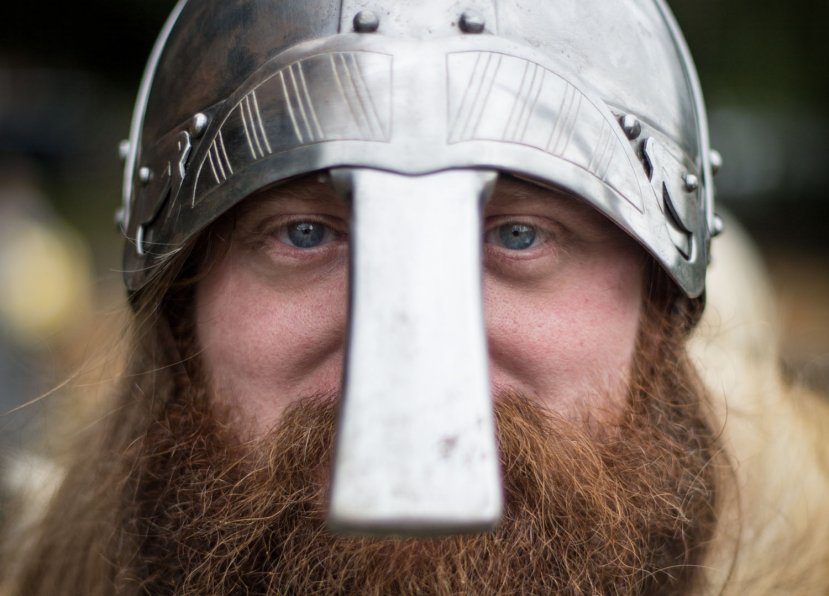 The truth is, we will probably never know with certainty that the word meant. It is also no longer possible to find out why because the swords simply disappeared after two centuries. It also remains a mystery where the Vikings mined the iron ore needed for production of their weapons. It is possible that they transported it along the river Volga all the way from Iran. This would make sense historically, because in the 11th century, this waterway was taken over by the Russians, so it was no longer possible to import material and the production of steel came to an end.