Pirates - Merciless Criminals of the Sea 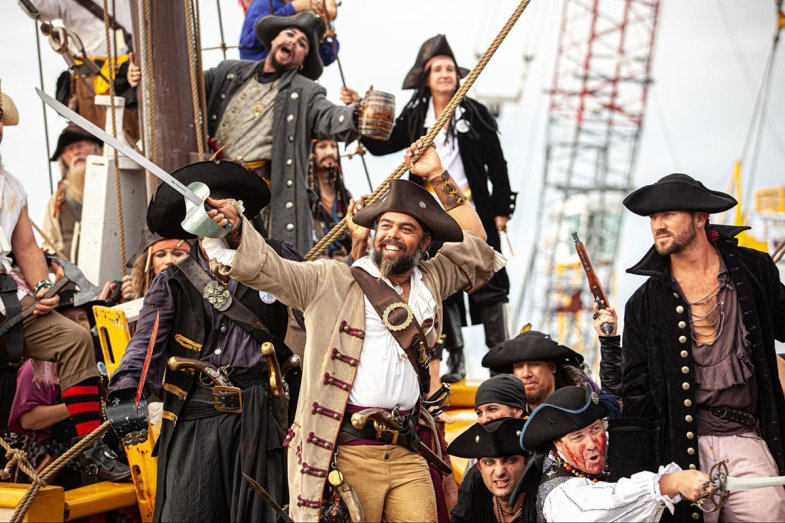 Pirates were the sailors’ nightmare. The vision of getting rich quickly has often driven pirates to unprecedented cruelty. Some people today may see pirates as heroes fighting against the rich members of the society, but this was not really the case. Pirates of the past as well as of today will rob anyone, driven by the desire to escape poverty and become rich.

Where Did Pirates Come From?

Pirates have sailed the waters ever since people started transporting goods and money on the water. The pirate business, promising an easy way to wealth, has attracted various kinds of people. We may sometimes have a rather romantic idea of who pirates were. But the truth is, they were mostly cruel criminals without honour.

They did not hesitate to torture and kill their victims. They spent most of their lives in exile, excluded from the “civilized” society. They mostly lived in poor conditions and filth, struggling to survive every day. Their main goal was stealing money and goods, but only a few succeeded at the job, and usually did not enjoy their loot for too long.

They became widely known thanks to the strong activity of the Pirates of the Caribbean, who are now very popular due to the film series. These pirates were active mostly in the Caribbean Sea and the east coast of North America. 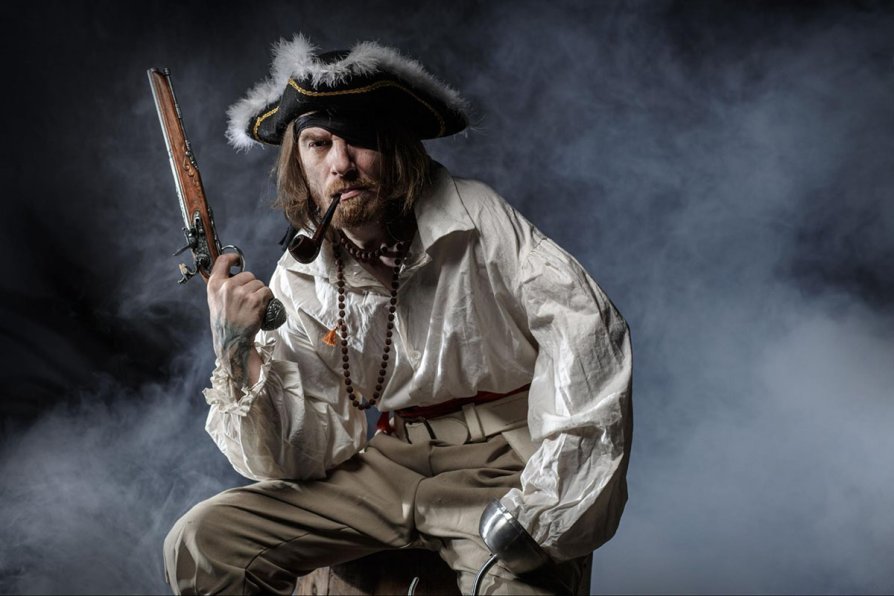 Pirate Ships Had an Order

It would be impossible for a single man to ambush a loaded ship, capture the crew and steal their money and goods. Pirates needed to work as a team to succeed. They operated in large groups, which allowed them to steal more loot. Organizing a group of pirates into a working team, however, had its challenges. Various technicalities and roles needed to be sorted out:

A well-coordinated group of pirates had a higher chance to acquire a good bounty. At the same time, each pirate knew his responsibilities and knew what to do. Disobedience was severely punished. 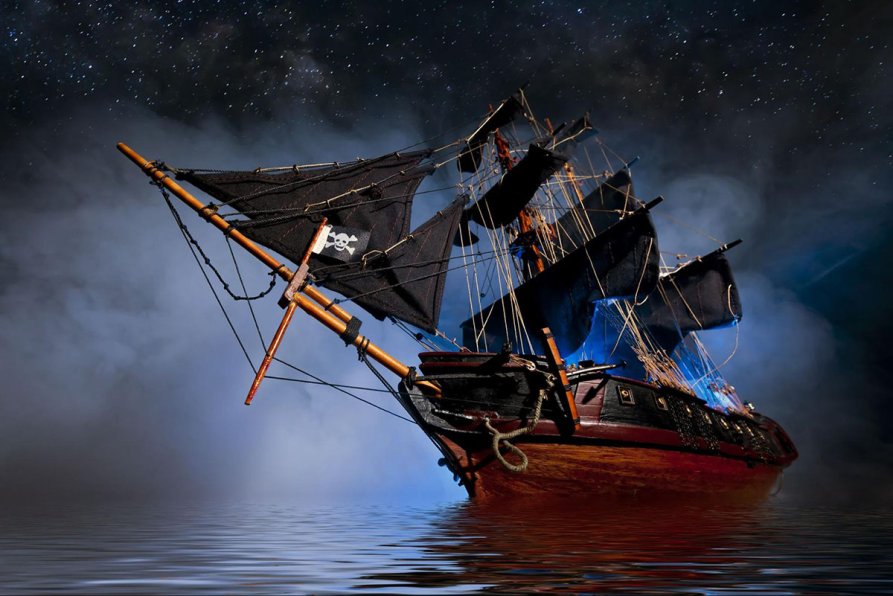 The ideal pirate ship was fast, easy to maneuver, and had a low draft so it could come as close to shore as possible when the pirates needed to attack land. The deck often had clear space for moving cannons around as convenient. The sides of the ship were higher to protect the ship against an open fire from other ships.

In a man-to-man fight, pirates used pirate sabres with a shorter blade, that allowed them to move quickly across the small deck, while not cutting or destroying the ropes that were, well, everywhere. In addition to the sabre or cutlass, the pirates also used daggers and axes. They also used these weapons to cut ropes or to destroy locked doors on an ambushed ship.

In addition to cold weapons, they also used firearms - especially muskets, which they used to disable the helmsman from a greater distance. To shoot at shorter distances, they used shorter muskets with a sawed-off barrel and a shortened stock. 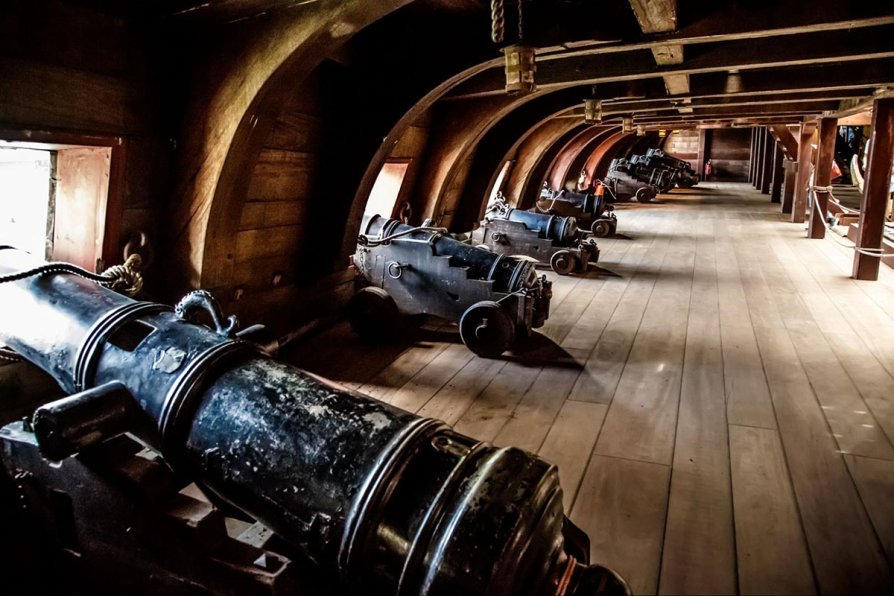 Each group of pirates had their own form of flags, which alternated on the mast or hung at the same time. The flag with skull and crossbones began to appear around the beginning of the 18th century and was given its specific name - Jolly Roger.

The adjective jolly describes the skull with its jaws wide open, as if it were laughing or mocking.

If there was no merchant ship in sight, the pirates sailed without a flag. As they approached their prey, just before the attack, they hoisted the flag on the mast and fired a warning shot. By the time the crew of the merchant ship spotted the pirates, it was usually too late to escape. 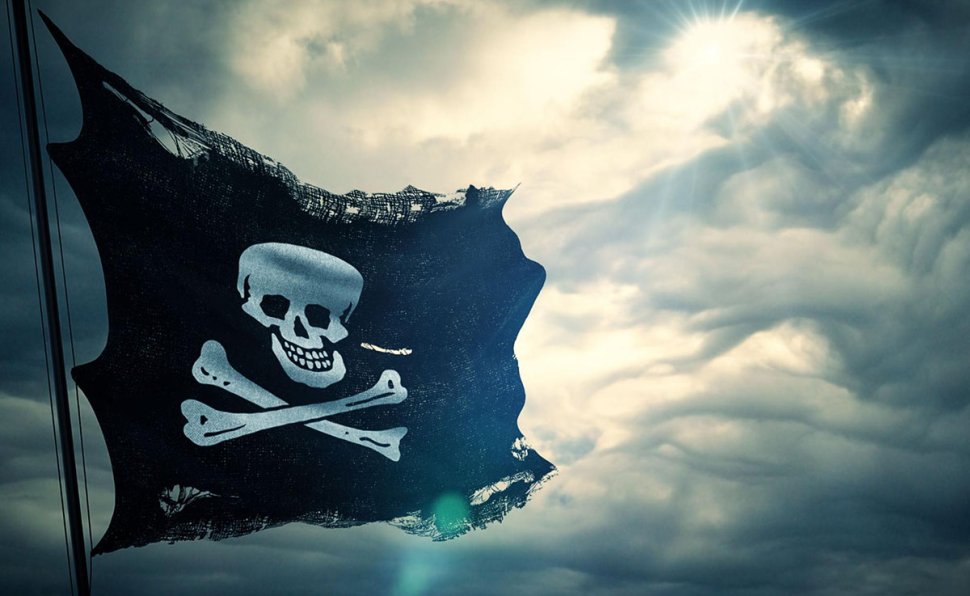 Modern Pirates of Somalia and the Caribbean

Pirates are not entirely the matter of past. There are still pirates operating today, mostly around Africa in the Somali region. They use machine guns, rocket launchers and other modern weapons. They are equipped with modern technology such as radios and radar. They control villages near the coast, which benefit from the pirates’ money.

Pirates also continue to be active in the Caribbean. They use fast boats to catch up with a merchant ship or private yacht and rob the crew. They steal anything, not even fishing boats are spared. For this reason, local fishermen prefer to fish closer to shore, where they are safer than in the open sea.

Transform Yourself into a Historical Pirate

It’s easier than you think - our costumes can turn you into anyone. You don’t have to become a pirate, but just look like one. We have various kinds of pirate equipment - costumes, eye patches, shirts, cloaks, the traditional tricorne hats, jackets, pirate scarves, pants and arm hooks. Don't forget the pirate accessories to make your outfit perfect.