Home ArticlesInteresting facts of the past Medieval knights 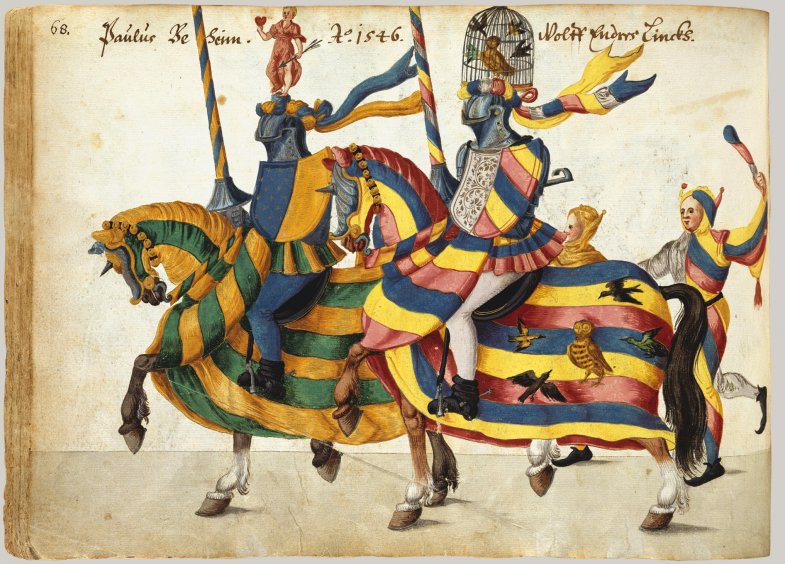 A knight – bold and loyal elite warrior riding horseback heavily armed is one of the most iconic symbols for the Middle Ages. Today we can find them often pictured as true hero archetypes in many poems and epic stories written just during the times of these cavalrymen’s greatest glory as well as several centuries later. Let’s have a closer look on what exactly meant to be a knight.

The answer to this question was actually changing through the history. When new countries arose in Europe after the collapse of Roman Empire, they basically operated two kinds of armies. Either they relied mainly on horses allowing them to execute quick invasions to the neighbouring lands every now and then and form large kingdoms even though they usually did not last longer than several decades, or their army mostly consisted of infantry and their territories spread slower but they managed to build stable and long lasting monarchies. For those reasons there was practically no room for evolving of any elite cavalry orders yet.

This paradigm was shifted during the reign of Franc (768 – 814) who motivated his soldiers to use their horses. The simple idea soon brought its fruits especially during invasions. A horseman involved in the conquests was equipped with best arms available and after the campaign was awarded with a benefice, which was free land. He had to take loyalty oath and became a nobleman so basically every cavalryman in the service of king could be considered a knight, although the knighthood had not been officially established yet.

The first true knights appeared about year 1000 in France and Germany. We can define them as heavy elite cavalrymen devoted to the king or emperor. Stabilized and prosperous countries supported by strong infantry could now additionally benefit from advantage of having special units ready to provide quick decisive strikes whenever it was needed. Every statesman desired to control such powerful units and number of knights increased across the old continent.

All knights were nobleman. They were conferred the title through a ceremonial act called accolade when the monarch tapped both soldier’s shoulders with a special sword usually previously consecrated by authorized cleric. Initially the cavalryman had to perform an extraordinary bravery to be promoted but later hereditary knighthood became possible and future knight called squire underwent his training starting at age of 14 lasting next seven years. Sometimes young soldier could be knighted even before his big battle just to give him the confidence which showed up to be working.

Later the term knight slightly changed its meaning when became more and more used as a social status rather than military specialisation. Since 14th century honorific orders are being established. Their members are also legitimate knights, but awarding such a title does not have to be connected with army anymore (known example might be The Order of British Empire). The tradition of knighting survived the Middle Ages and continues even in present days.

Back at the very end of 11th century the Church had begun founding own military orders. Their members were also extremely well trained and equipped, but they served the church and were a combination of monks and warriors. They were heavily employed during the crusades. The orders were sometimes very powerful and after they conquered target lands, those versatile men literally governed the territory and spread Christianity there. In the Middle East they eventually lost their positions, but this was not always the case. The Order of the German House of Saint Mary in Jerusalem, commonly known as the Teutonic order ruled the Baltic coast between present Kaliningrad, Russia and Tallinn, Estonia for centuries and founded many cities including Königsberg (now Kaliningrad) itself. Notable examples of church military orders are:

Regarding the Carolingian tradition it is no surprise that France became cradle of knighthood and many words are originated in French. One of them is chivalry derived from chevalier - horseman. It meant literally horsemanship but was understood in broader perspective as accepting the moral responsibility connected with being strongest military unit. Despite common believe there was not any universal codex for every knight to follow. The Commandments of Chivalry are idealistic projection of authors who lived when the “golden era of knights” was already over.

However, every knight had to take an oath which differed depending on what order he was entering or whether he served the monarchy or the church. Theoretically what would be acceptable for one knight could be unacceptable for another one because he was vassal of a different master. The oaths were taken rather seriously and many knights really protected the weak ones, were gallant towards ladies, follow the courteous etiquette, sometimes even sang or wrote poems. Of course, not all of them were doing what they promised.

While waiting for orders sending them to their military missions the knights could train their skills as well as build their names in front of other knights and general public at tournaments. Tournaments were fake battles with blunt weapons for amusement of the audience. Usually begun with two armies fighting against each other and continued with other entertaining programme such as jousting - duels between single contestants at tiltyard armed by tournament lances. The church was strictly against tournaments so they were organized only by noblemen themselves.

The Weapons and armour

Knights are known to be very well protected. As technology was advancing they proceed from scale to mail armour and then finally to plate one. At first the knights were not much distinctive but later (in 12th century) they begun to wear personalized surcoats over their hauberks and the further we go in history, the more recognizable among others they become. Unique sign of every knight, his coat of arms, appeared on his shield, on his horse’s caparison and during the tournaments even helmets matching with heraldic symbols were worn. Since all knights were covered with metal from head to feet, these personifications helped them immediately distinguish who they were facing.

The most frequently used weapon were long swords and also pole arms like spears and axes which could be later replaced by halberds combining both previously mentioned on a single pole. Knights may also carry blunt weapons like war hammer and mace.