Home ArticlesHistorical costumes and footwear Romanesque Art to the Renaissance Fashion: Which Countries Were the Trend-setters? Why Did Clothes Deform the Figure?

Romanesque Art to the Renaissance Fashion: Which Countries Were the Trend-setters? Why Did Clothes Deform the Figure?

Each historical period came up with new fashion trends and styles. Those who wanted to fit in had to adapt to evolving clothing styles. In the Romanesque Art, clothing was often not very close-fitting. The Gothic Era wanted to highlight the natural shape of the body, while the Renaissance defied natural human curves. Read on to find out where to buy historical costumes, and other interesting facts.

The Romanesque Art Was Dominated by Tunics

Rich or poor - everybody was wearing a tunic. The tunic was the basic garment worn by both men and women in 11th and 13th centuries. It was essentially a loose shirt, above the knee or knee-length. The nobility and rich people wore richly decorated tunics, while the poor wore rather simple shirts. A tunic was often worn together with a belt and a cloak.

Tunics differed mainly in the quality, softness and colour of the fabric. Linen, hemp and sheep's wool were the main materials used. Wealthier citizens imported fabrics from the Byzantine Empire. The most popular was brocade with gold and silver thread.

The cloak was most often lined with fur. The common folk used wolf, beaver or otter fur, while the noble class could afford sable or ermine fur. 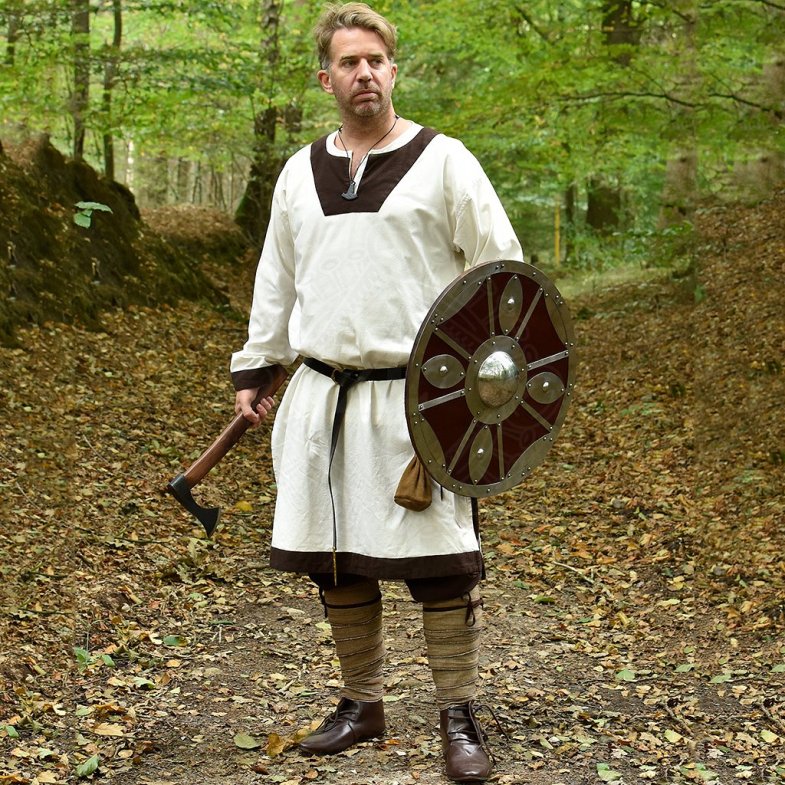 From the end of the 12th century onwards, the Gothic Period brought new fashion trends. Unlike the Romanesque style, the Gothic clothing emphasised natural curves of the body. This period was dominated by the myriad variations in the cut of dresses, and a new kind of fastener appeared – buttons!

Women’s Gothic clothes was tighter and the cut was designed to show parts of the bust. With the long skirt, the silhouette resembled an “S” curve, the Gothic idea of perfection. Women further adjusted their walking style to highlight the curve. They walked with their stomachs and hips thrust slightly forward, their necks slightly backwards and their heads in a light bow. Married women wore various hats or scarves.

In the Gothic era, the idea of masculinity transformed as well. The idol of masculinity was no longer represented by a fearless warrior in a shining armour, but rather an effeminate young man with a clean-shaven face and curly hair. The silhouette of men was shaped by the jacket worn over tunic. The jacket had initially trousers attached to it, but those were later replaced by tights. 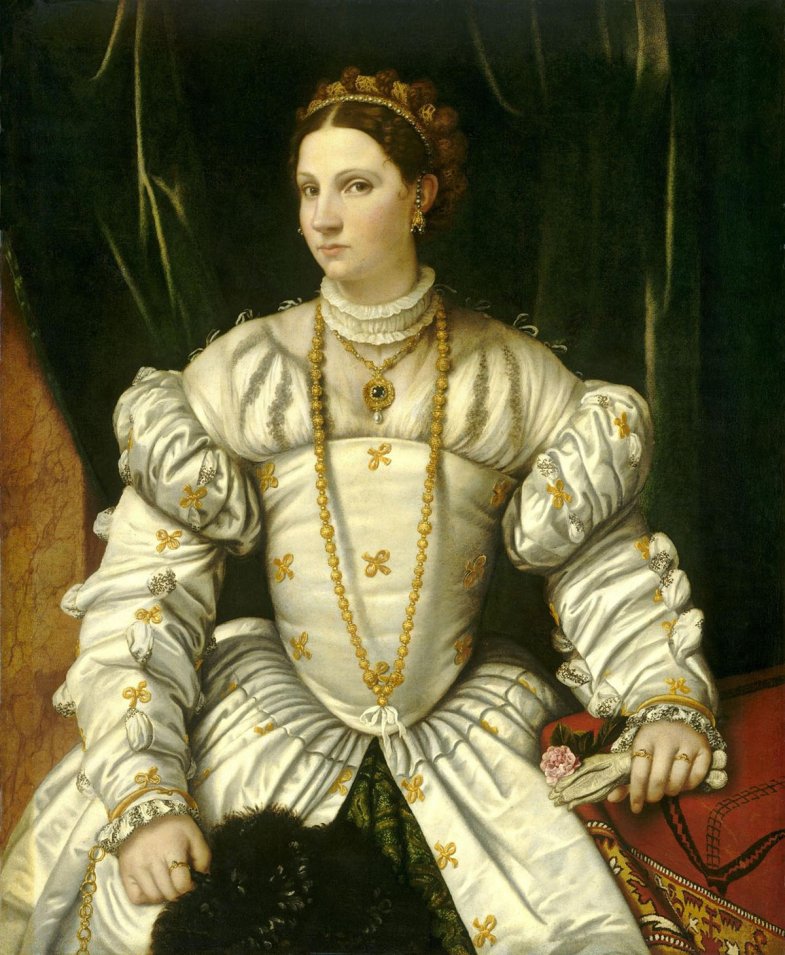 During the 15th and 16th centuries, the Renaissance saw great differences in fashion across Europe. What was popular in the major cities in Italy, Spain and England?

The rich Italian cities such as Venice, Genoa, Milan and Florence had the greatest influence on fashion. Men's clothing closely resembled that of the Gothic Period, with the addition of a sleeveless over-dress called the Tappert. Variations of it are still worn by university dignitaries on important occasions such as graduation.

The typical female garment in Italy was the gamurra. It was worn over a shirt, and consisted of a fitted bodice, sleeves that were sewn or tied, and a full skirt. The neck and part of the chest were exposed. 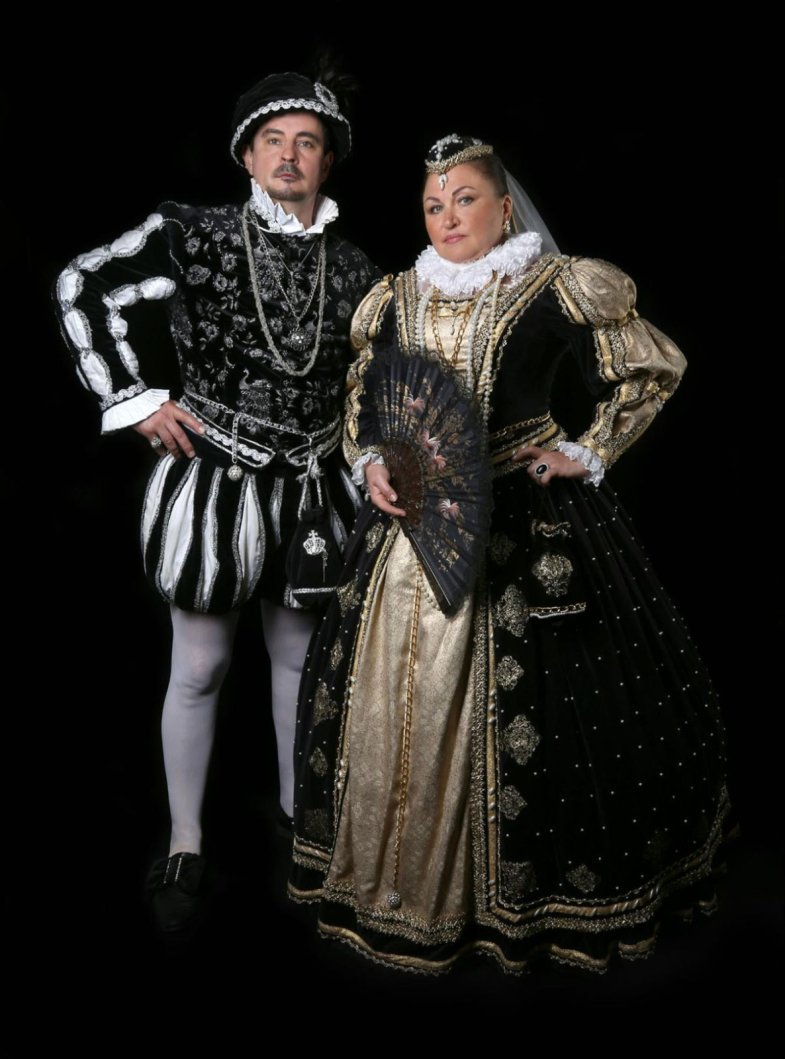 Corset was a defining element of the Spanish fashion at the time. The corsets incorporated whalebone or metal plates in order to maintain their stiff shape. Additionally, women wore wide skirts supported by crinolines. The outfit was complemented with a double outer garment of silk, richly decorated with pearls, ribbons and jewels.

Men wore berets and other types of hats. The upper part of the body was covered by a short cape. The pants were short and puffy, only reaching to the middle of the thighs, the rest of the legs were covered by tights, the appearance of which was very important at that time. They were knitted of wool, cotton and the richest could afford tights made of broadcloth.

A common part of the clothing was a ruffled collar, a ruff worn around the neck by the nobles. Ruff was, just like gloves, worn by both men and women on formal occasions. Its size gradually increased until it became the dominant part of the garment.

The Spanish Renaissance (Mannerism) style of fashion went against the ideas of both Italian and Gothic fashion because it visually deformed the shape of natural human body. Nevertheless, it was very popular among the people and lasted until the 17th century. 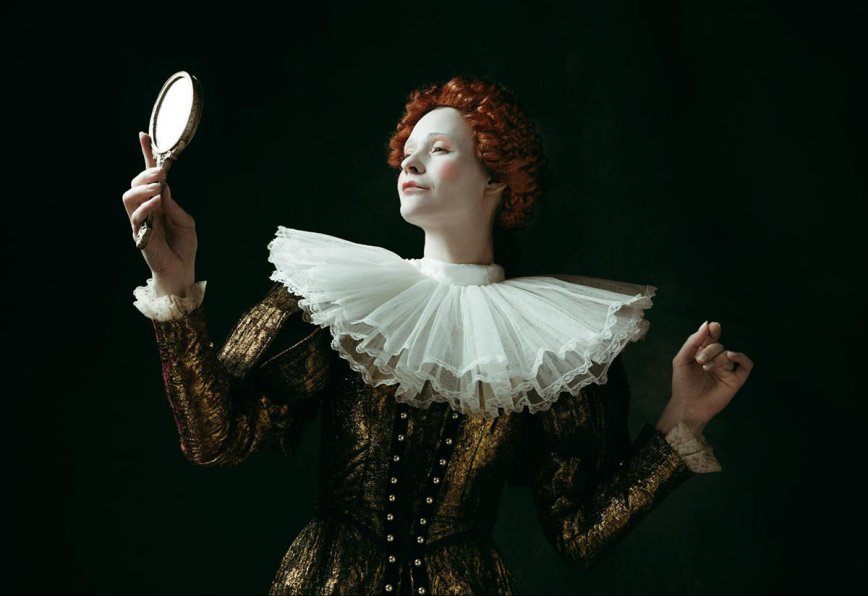 Fashion Trends in the English Renaissance Were Set by the Queen

England took a stand against Spanish fashion - the large ruffed collar was replaced by the lace collar and cuffs. The Spanish were more restrained in terms of colour, while the English, on the other hand, were not afraid of different colours. Bristol red, Kendal green and Coventry blue became popular colours.

Women tried to look as much like Queen Elizabeth I as possible. Renaissance women's dresses had a deep neckline with a bodice, the sleeves gradually increased in volume, which put the sleeves off-shoulder and visually widened the figure. The skirt retained the Spanish barrel shape, but it was shorter. 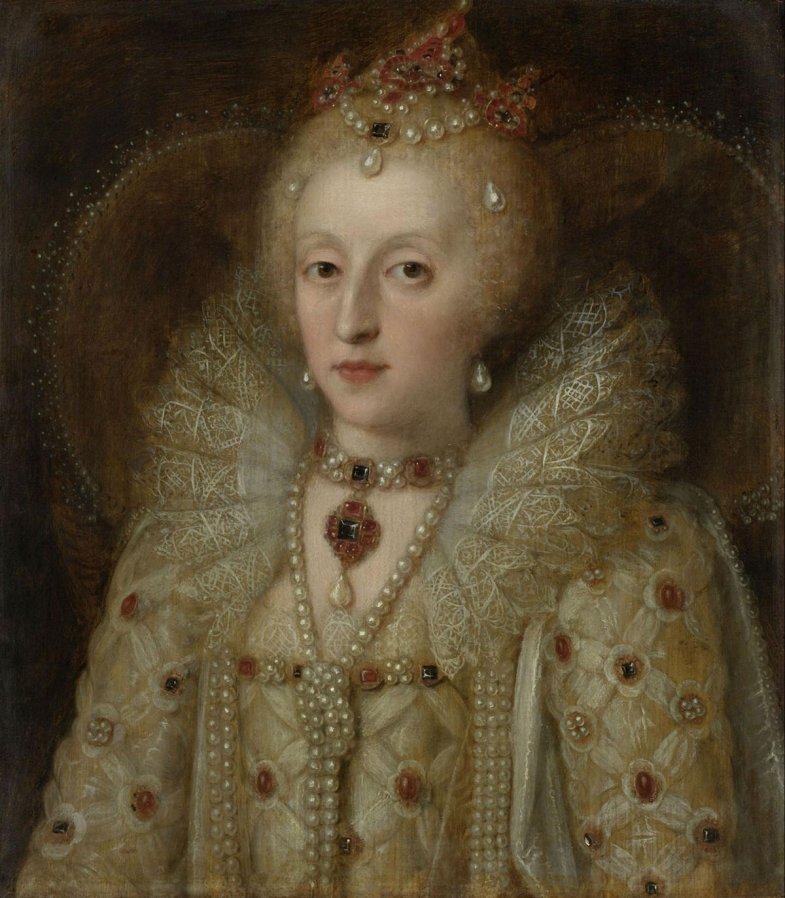 Where Can You Buy a Historical Costume?

Whether you're going to attend a re-enactment of a historical battle, or another history event, you've come to the right place! All you have to do is choose the desired era. We offer a wide range of medieval costumes that will make you stand out at any event!

If you want to look like you just travelled in time from the Renaissance Period, choose from these wonderful renaissance dresses. Don't forget the accessories and jewellery  - the little details that will make your outfit perfect!