Home ArticlesWeapons Just One Step Away from Being Like John Snow!

Just One Step Away from Being Like John Snow! 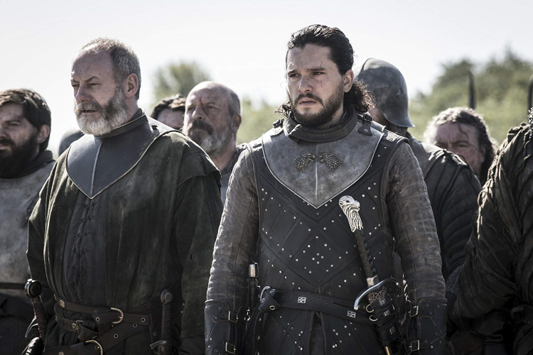 Everybody wanting to survive in the TV series Game of Thrones needs to know how to defend themselves. In the world of ice and fire, every weapon that can keep you alive is of vital importance. But some weapons played a far more important role than others. They differ in shape, design and special abilities, which they can transfer to their owners. Let´s have a look at the most iconic weapons of this TV series and their owners!

Longclaw: Sword with a Wolf Head

Longclaw is probably the most famous weapon of the entire series. Before one of the main protagonists received the sword, it had been changed. Longclaw, which was made of Valyrian steel, belonged to the Mormont´s family heritage. Lord Commander Jeor Mormont gave this sword to John Snow after John had rescued him from a White Walker attack. Originally, the sword pommel was carved into a shape of a bear. However, Lord Commander decided to have the shape of the sword pommel was changed into a wolf´s head. John Snow slew a lot of enemies with Longclaw, the most important enemy being the White Walker. That proved that the sword made of magic steel could kill even long-feared enemies from beyond the Wall.

Sharp and Thin as a Needle

John Snow had a small sword made for Arya Stark. John gave it to her before he left to the north to join the Night Watch, and before Arya left Winterfell with her father to head south to King´s Landing. The girl named this sword “Needle” because she hated needlework. The sword was made by a smith from Winterfell specifically for Arya. It was suitable for a smaller, nimbler warrior. 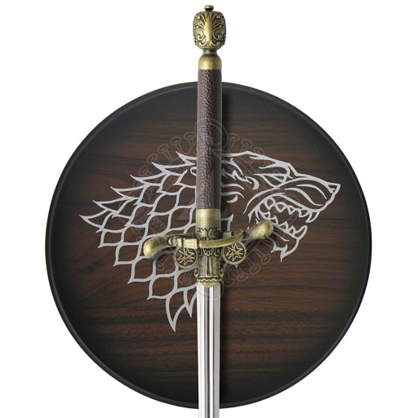 Ice: The Sword that Beheaded its Owner

A large two-handed sword owned by Ned Stark called “Ice“ played an important role in the first season. After Eddard Stark had become the Hand of the King, the queen and her brother had plotted against Ned, which eventually led to his death sentence. Eddard Stark was beheaded with his own sword. Afterwards, the weapon was given to Tywin Lannister, who had it melt, and two new swords created from it. The first sword was given to Jaime Lannister, the queen´s brother and lover. The second one was given by Tywin to his grandson, prince Joffrey. 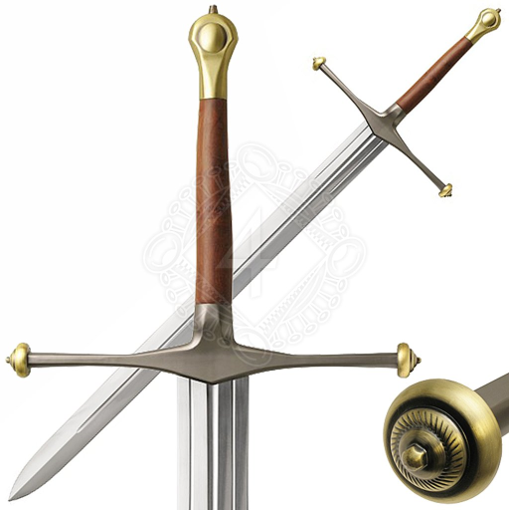 Dagger Made of Magic Steel and Dragon Tooth – Catspaw

Compared to the previously mentioned swords, the dagger Catspaw might seem insignificant. It was, however, no less 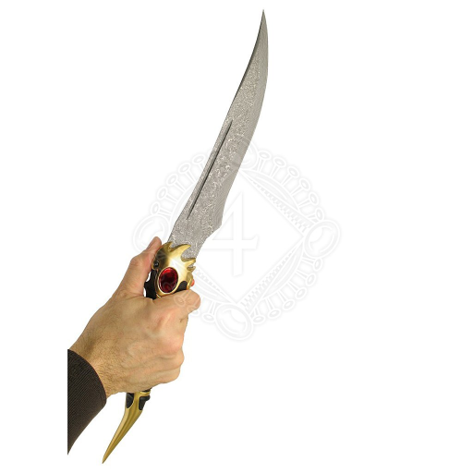 important, and appeared in the first season. Hired assassins tried to kill Bran Stark with the dagger while he was recovering after the fall out of a Winterfell tower window. The dagger was owned by Petyr Baelish (Littlefinger) who convinced Bran Stark´s mother that he hadn´t owned the weapon when Bran was attacked, and that he lost it in a duel with Tyrion Lannister. That triggered a war between the houses.

At the beginning of the seventh season, Petyr gives bran the dagger that was meant to kill him earlier. However, in the next episode, Bran gives the dagger to his sister Arya. In the last episode, the dagger is turned against its original owner, as Arya cuts Littlefinger´s throat.