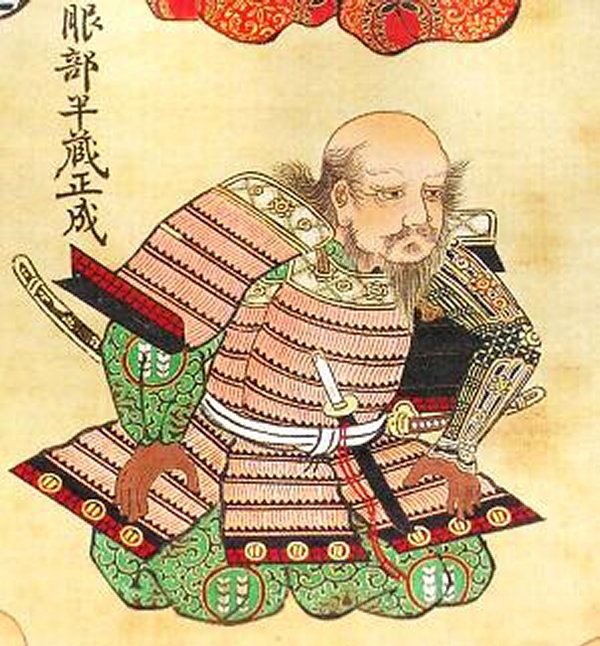 Hattori “the Demon” Hanzo was a brilliant ninja fighter in 16th century Japan. His incredible story was so famous he became a living legend. As his devoted samurai he saved life of Tokugawa Ieyasu who later unified the country and became its shogun (military ruler). Hattori’s heroic legacy is still remembered and his name is being mentioned even in popular culture. Read following article to find out more.

There are more names referring to Hattori Hanzo. In some literature he can be called Masashige. Thanks to his wonderful skills and deeds making him practically the best ninja who ever lived he is also known by rather nicknames such as Demon Hanzo, Devil Hanzo or Hanzo, the Ghost.

Hattori Hanzo was born in Iga in 1541 or 1542 and very soon he showed how talented child he was. He started his ninja training on his own request at the age of 8. His future skills included covered espionage, infiltration or silent assassination. Ninjas were able to operate inside enemy’s area without anyone’s notice or even suspicion, fight with and without weapons and survive in harsh conditions. These secret specialists could move really fast by performing very long jumps which seemed almost like flying and were masters of disguises, distracting attention and appearances suddenly “out of nowhere”. Gifted Hattori became complete ninja in very low age of 12. When he was 16, he fought in his first big battle. He soon became known by his nicknames Demon or Ghost.

Hattori family was vassals of Tokugawa clan, so Hattori Hanzo became Tokugawa Ieyasu’ samurai – faithful combatant and bodyguard. They were also close friends. In their era there was a lot of fighting going on in the country of rinsing sun. Unstable empire was de facto divided between many feudal dominions competing with each other. With Hattori’s help Tokugawa managed to defeat all local lords, unifying whole Japan again and founding new Tokugawa dynasty of shoguns. It took some hard battles which following two were a bit special:

In 1570 Hattori participated in battle of Anegawa which turned into melee. The soldiers were standing in shallow stream and attacking their enemy mostly with their bare hands. In 1573 happened the battle of Mikatagahara. About 11,000 men on side of Tokugawa stood against cca 35,000 heavily armoured samurais. Tokugawa’s troops suffered high losses and were losing the battle. They retreated to their fortress, but did not close its gate. It looked too easy for the enemy so they thought it was some kind of a trap and decided not to attack the fortress. They encamped instead and waited what would come next. In the night Tokugawa’s men attacked the camp throwing ninja stars followed by raid with swords and also fists which caused so much chaos that it decided the battle.  They were victorious.

In various battles Hattori Hanzo had proven he was an excellent samurai with fascinating and incredible skills, some of them unique and inimitable by anyone else. He mastered the dragon punch technique which should instantly kill the opponent with a single hit. News and tales about this combatant was spreading and soon he became true hero who other fighters wanted to follow or be like him. People created myths about him as theybelieved he was a supernatural being. According to the legend he had powers like teleporting, psychokinesis, invisibility or making things explode just by looking at them. It was told he was able to survive two days under water without emerging. People faded out after seeing his perfect martial art.

In 1582 was betrayed and killed Oda Nobunaga, Tokugawa’s ally. Hattori knew Tokugawa was about to be next victim and he felt it was his most important and crucial duty to prevent this from happening at all costs.

He searched for necessary support. The story says he climbed the highest mountain and played so loud that sky exploded in fireworks. All ninjas who saw it went to help the hero, together about 300 men ready to protect Tokugawa. Under Demon’s leadership they did great job and escorted him through all the dangers to Mikawa by which they literally saved his life. Future shogun was grateful and made the brave men his official guard. Their main task was to protect castle in Edo (now Tokyo) which later became a new centre of unified empire.

The clan name was Men of Iga as a tribute to its leader born in Iga. This unit played key role in Japanese history because it considerably helped Tokugawa to take his power. Without them he might not be so successful. Men of Iga were spying the enemy, often working right in their own castles. Nobody really knew their identity but all were aware they might be present anywhere. They were causing significant damages by sabotaging or demolitions as well as decimating enemy soldiers by kidnapping or killing them one by one. All the actions were silent and smooth. They were also top secret and not many details are known, especially today – more than 400 years later.

There are still some mysteries about Hattori’s life and even about his death. We certainly know he had died before Tokugawa Ieyasu became shogun (1603), most probably in 1596 at age of 55. Some sources say he died at Edo castle because of illness, other ones that he was caught by an enemy clan who set a trap. They burned him to death in oil. Maybe one of these versions is true and the other is a malicious rumour to make Hattori either bigger or lesser hero.

The story of Demon Hanzo is still popular and sometimes we can see the name mentioned in present novels, films or games although it is not referring to this particular historical personality. Commonly known example is Tarantino’s movie Kill Bill (chapter 4: Man from Okinawa), where main character the Bride meets the smith who used to produce finest samurai blades. His name is Hattori Hanzo. He refuses to make any more swords, but she eventually persuades him to create one for her – his masterpiece.

In PC game Witcher 3: The Wild Hunt there is an elf called Éibhear Hattori who will make the best sword for you after you fulfil a given task.

Today this name is generally connected with skilful fighting or with high quality swords.