Home ArticlesKnives Zombies Everywhere! Where Did They Come From, and Who Raised Them from the Dead?

Zombies Everywhere! Where Did They Come From, and Who Raised Them from the Dead? 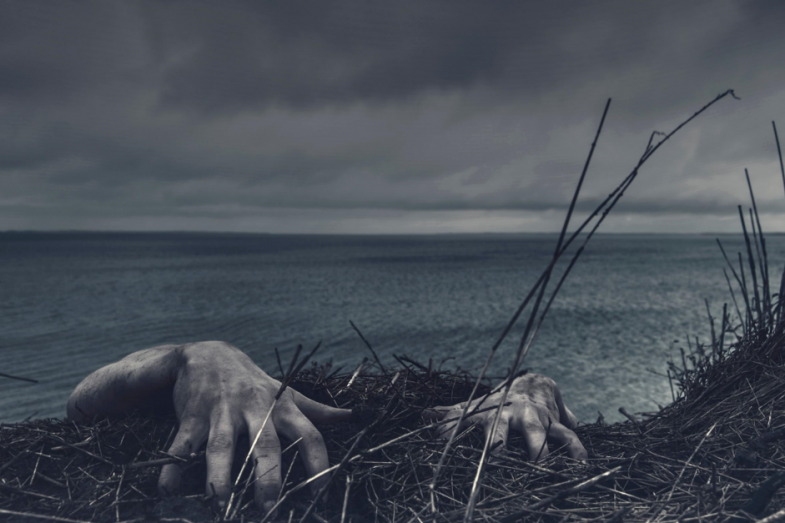 You’re sitting in the living room, enjoying your favourite TV series. Suddenly, you hear a bashing sound as someone is forcing their way into your house. You move towards the door and look through the peephole. You see your neighbour, who passed away due to a heart attack two years ago. Having risen from the grave, he is now after your brain! This roughly illustrates how every nightmare about zombies begins. Why does “the undead phenomenon” fascinate us so much? And where does it come from to begin with? Before you give in to fear and arm yourself from head to toe, stop for a moment to find out what zombies are all about.

The Story Begins with Shamans

Undead characters that we nowadays dress up as on Halloween parties weren’t all that horrifying from the beginning. They

brought out fear in people differently from how we know it today. The story begins several centuries ago in Haiti, where local shamans practiced voodoo. The local population associated the term “zombie” with people who acted against their will under shaman influence. According to some legends, shamans were even capable of raising the dead.

Today’s perception of zombies resembles the image of ghouls as depicted in Arab legends. These man-eating demons have risen from their graves and attacked lone villagers and children.

The Term “Zombie” Redefined by Romero

The “zombie” as we know it today first appeared in a film by George A. Romero. “The Night of the Living Dead” (1968) laid down the rules for zombie-like behaviour. From this moment onwards, people have associated the Undead with monsters eating human flesh. Just as in the case of vampires, people bitten by a zombie will turn into one as well. The only way to kill such a creature is to cut its head off, with a machete for example.

Zombies have become an integral part of the film industry. They made an appearance in hundreds of films produced after Romero's Night. The most famous ones include “Dawn of The Dead”, “I Am Legend”, “Resident Evil”, “REC” and others. They also appear in one of the most successful TV series of our time, “The Walking Dead”.

A Bride and the Undead in the Morgue

American films aren’t the only home to zombies. The zombie theme spans through time in most countries of the world. Did you know that there’s a zombie story in Czech folklore as well? Are you familiar with Karel Jaromir Erben’s ballad called “The Wedding Shirts”? Almost every Czech will recall the bride who begged an undead creature to save her life. The author himself states that he was inspired by national tales, so it’s clear that the phenomenon wasn’t completely unknown to the Czechs.