The Mystery of Damascus Steel

You that’s right! That’s the most recent mentions. The secret of the production of this exceptionally sharp and hard steel is irretrievably lost in the mists of time.

Damascus steel is named after the city of Damascus in the Persian Empire, where the originally Asian steel was sold most. Gradually, Damascus steel spread through the Mediterranean to continental Europe as well.

Only a handful of blacksmiths were familiar with the techniques used in the making of Damascus steel, but many other blacksmiths tried to imitate it. That is the reason why we can’t be certain today how Damascus steel was originally made.

According to some recent findings, Damascus steel contained carbon nanotubes and rods which give the steel its extraordinary properties. Allegedly, it was possible to bend Damascus blades all the way from handle to the tip, and they were so sharp they could penetrate metal armor.

Damascus Steel in Film and Literature

Damascus steel also appears in literature and films. One example would be the book Ivanhoe and The Talisman by Walter Scott. Damascus steel is also featured in the works of N. V. Gogol, and in The Kreutzer Sonata by Tolstoy, where the protagonist kills his wife with a Damascus dagger.

How is Damascus Steel Produced Today?

Blacksmith masters all around the world have been attempting to recreate Damascus steel. The technique most similar to the original technique is probably “pattern welding”. The technique of pattern welding is used today to forge knives and weapons which are referred to as “Damascus” weapons,

and it is made by layering two different metals, a high carbon metal and a low carbon metal. Both metal layers are forged together, creating characteristic wavy patterns and effects.

Both metals are welded together by hammering them at high temperature (1400°C), creating a single plate. The essential part of this technique is layering high-carbon and low-carbon layers on top of each other. 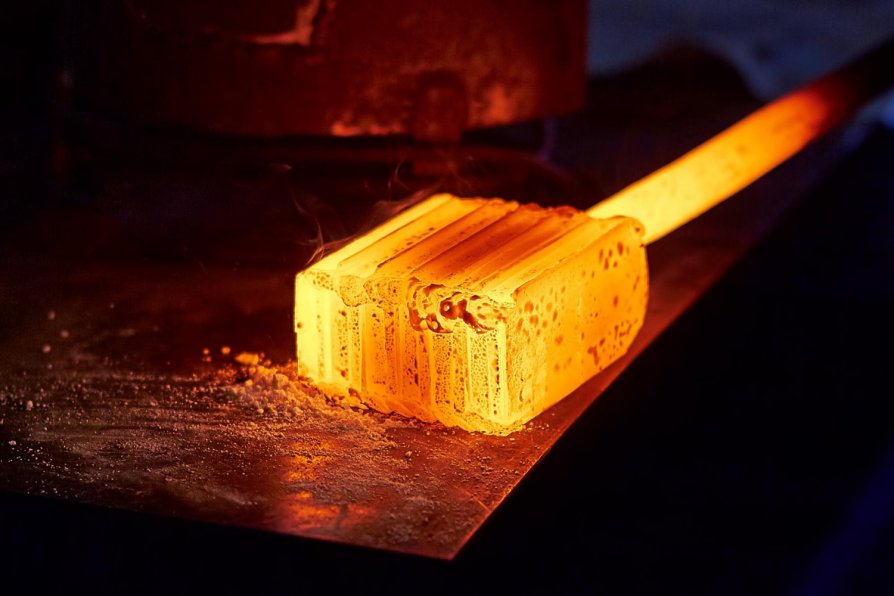 Penetrating Armour in the Past, Cutting Meat Today

Damascus steel is famous for its hardness, but also for the beautiful patterns on the surface, which are created by layering and welding. The weld marks the boundary between individual metal layers. Moreover, blacksmiths are sometimes able to adjust the pattern and create incredible designs. They combine welding with other blacksmithing techniques such as twisting.

Damascus knives can be forged from up to a thousand layers. The process of layering can go as long as the blacksmith wantsm until he is satisfied with the result. The final form and the characteristic Damascus pattern is partly achieved by multiple grinding. Finally, acid is applied to the surface, etching the surface structure and making the pattern stand out even more.

Layering the hard, high-carbon steel and softer low-carbon steel creates an exceptionally hard steel with outstanding properties. We cannot be certain if these properties are identical to the properties of the original Damascus steel. But its flexibility and hardness make it a very popular material for weapon making. Damascus steel is also a great choice for the production of armour, jewelry, or high-quality kitchen utensils. Damascus knives are one of the best knives that you can get for your kitchen.