Home ArticlesInteresting facts of the past They Were Considered Gods. Why did Egyptians Worship Animals?

They Were Considered Gods. Why did Egyptians Worship Animals?

A cat was sacred to them, but ants left them unmoved. Animals played a significant role in ancient Egypt. The admiration for them was reflected in various wall paintings, sculptures or even scriptures. Why did the ancient Egyptians perceive some of them as messengers of the gods, and which animals were worshipped?

Dung Beetle as the God of the Sun and Skies

A small bug with a sole interest of gathering a ball of dung. This is probably how most people would describe the scarabaeus, also commonly referred to as the dung beetle. Egyptians saw so much importance in this tiny bug that you can still buy its figurine in souvenir shops today. They called the beetle Khepri and spoke of it as of a god.

The beetle represented the god of the rising sun of the same name and was depicted as a scarab or as a man with the head of a scarab. In the ancient times, scarab was an Egyptian symbol of reincarnation, birth, transformation, subsequent death and rebirth in the grave. Killing a scarab was punished by death in Egypt. 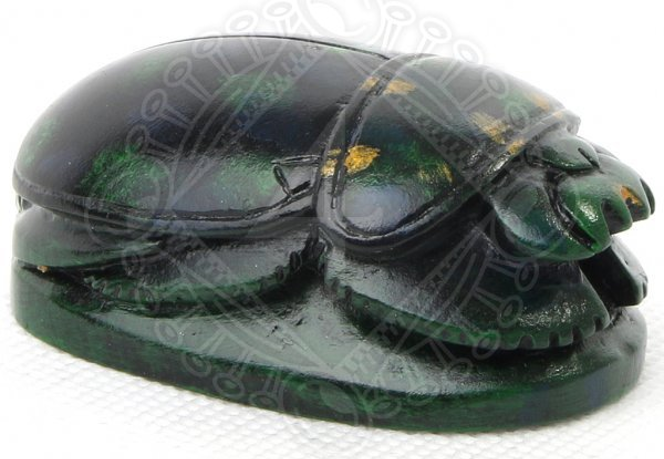 Scarab statues and figurines were used by people for cult and magical purposes. They put them in mummies in place of the corpse’s hearts, for example. They also wore them as protective amulets or put them into signet rings. Alabaster, talc, amethyst and other minerals were mostly used in the production of these small statuettes. The largest stone statue of this beetle, which tremendously exceeds its life size, can be found at the Holy Lake in today's Karnak.

Birds constituted a significant component of the hieroglyphic writing system. They were supposed to help the reader understand a written text. Depending on their placement in the text, the reader could see at a glance where he should start reading. How did it work? The individual bird marks were always turned towards the beginning of the text, thus determining the reading direction. Some texts had the birds painted so thoroughly that it was possible to distinguish individual feathers on the wings.

Even birds were used as depictions of a deity. Horus was the Egyptian God of the Sun and the Sky. His appearance was typically portrayed as a hawk or a hawk headed man. Legend has it that the god could assume the form of a bird, allowing him to soar and observe the world from above. It’s not a coincidence that his name translates as “The One Far Above”. 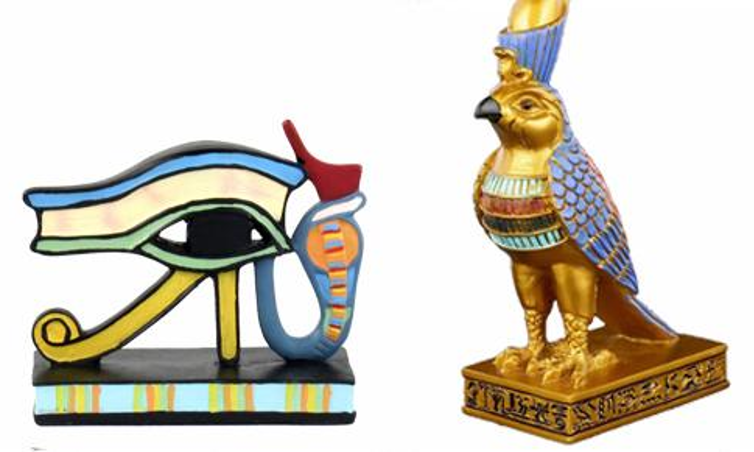 Snake as a Symbol of Life and Health

In Egyptian myths, snakes were perceived as animals that reflected a contradictory relationship. On the one hand, people were afraid of them because they found their bites threatening, on the other hand, they worshiped their agility. Likewise, they were disgusted by their slimy body, but the ability to shed their skin and thus rejuvenate was deemed worthy of admiration. They began worshipping snakes out of fear and received its blessings. The threat that the snakes posed could be averted by amulets with their depictions.

Elegant Embodiment of the Goddess Bastet

The most famous sacred animal of Egypt is, undoubtedly, a cat. It became the representative of one of the oldest goddesses in Egypt. It is interesting, however, that people originally portrayed this goddess as a lioness. According to preserved monuments, historians concluded that the depiction of cats among deities and their worshipping occurred later in time. 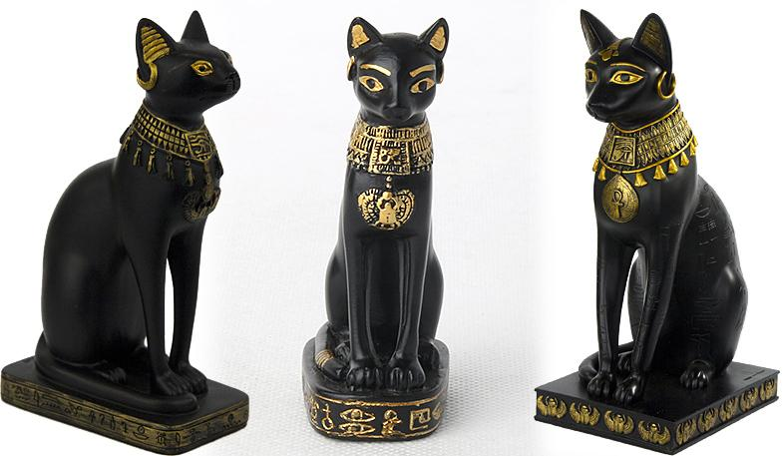 All preserved images of cats are remarkably artistic. The artists took the process of their depiction very seriously which further implies the huge respect that the Egyptians had for these small feline mammals. In the period of Egypt’s New Kingdom, we can find cats on the colourful reliefs of the tombs at Waset, where they are depicted as god Ra's helpers in the battle against Apophis. In later periods, cats mainly served as models for statuettes of the goddess Bastet.

The Egyptians created sculptures of cats from a variety of different materials. They were most commonly depicted in a sitting or standing position, but there are also sculptures of cats with kittens. Occasionally, we can even see sculptures of cats in the form of a slim woman wearing tight clothing. Depictions of Egyptian cats are still very popular with tourists today.