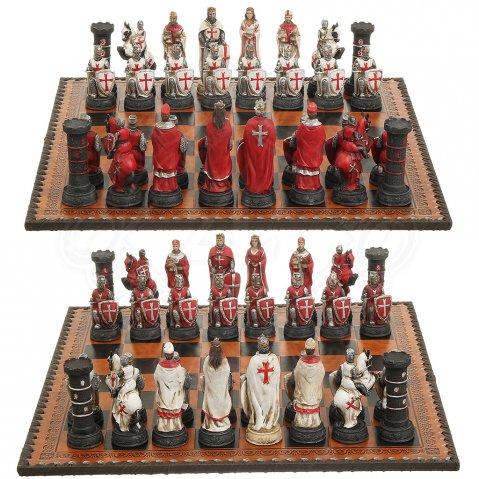 Period: Crusaders / Chess pieces and pewter Knights of the Cross

This Chess Set does not come with any chessboard, but it can be as ordered as a separate product. The chess pieces come in a beautiful gift box that also protects them from damage during transport.

Included in these categories: Chessmen and Chessboards