Home ArticlesInteresting facts of the past King Arthur. A Fictional Legend or a Real Historical Character?

King Arthur. A Fictional Legend or a Real Historical Character? 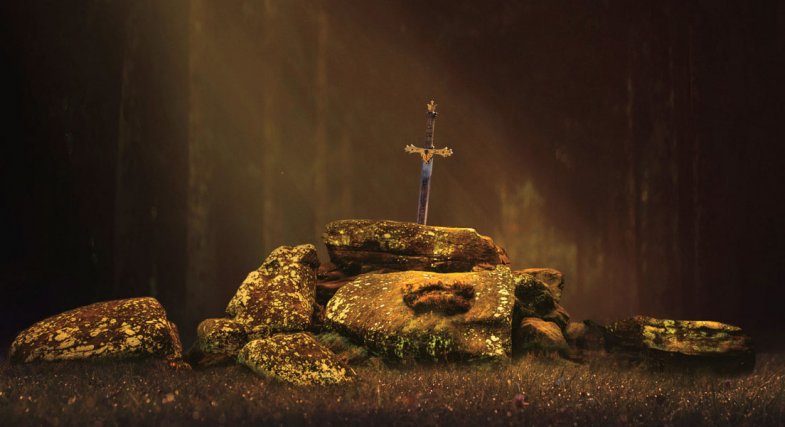 Readers have been enthusiastic about the stories of King Arthur, Camelot Castle and the Knights of the Round Table for more than a millennium. While some are looking for evidence of its true existence, others believe that the legend was created by merging several characters to show British strength and power after the Roman occupation of Britain. We'll be able to pull out the truth to the light of the world just like the legendary Excalibur sword? Read on.

A powerful warrior who defends Britain from invasions by human and supernatural enemies. Arthur, Arthurus or Arthur. He, the sword of Excalibur, the wizard Merlin, Sir Lancelot and the Knights of the Round Table are known around the world.

But where did they come from?

Arthur first appeared in the work of the Welsh monk Gildas around the Roman conquest of Britain. His name then was Ambrosius Aurelianus and, as a British-Roman military leader, he defended Britain from Saxon invasions.

Was He a King?

200 years later, Arthur reappears, this time in the work of historian Nennius - History of the British. According to him, Arthur recorded 12 surprising victories over the Saxon barbarian invaders thanks to his military abilities.

Note that Arthur wasn't a king in the oldest works, but a military leader. However, contemporary historians can't identify the places where some battles took place. Simultaneously, the fights have a suspiciously mythical touch - for example, in the battle of Badon Hill, Arthur himself had to kill 900 Saxon barbarian invaders. Even if Nennius mistakenly added one zero, it would be hard to believe, wouldn't it?

In 1136, about 500 years after Arthur’s life, the priest Geoffrey from Monmouth came with its History of Britain kings. In this book, General Arthur was promoted to king for the first time. Here, we also learn here about his birth at Tintagel Castle or his enthronement as a teenager after the death of his father. For the first time, we also meet his wife Guinevere, the wizard Merlin, or the priestess Morgana, who was to heal Arthur after he was fatally wounded in battle.

And here we are reading for the first time about the sword, so far Caliburn, not Excalibur.

How Was It Pulling A Sword Out of a Stone?

Part of the story of pulling the Excalibur sword out of the stone was added in the 12th century by the poet Robert de Boron. In his work, Arthur appears as the son of the King of England, who, however, surrenders him and Arthur is therefore unaware of his origin. When a successor to the throne is sought after the king's death, Merlin helps as he knows about Arthur's origins but wants him to grow up first and become a man before ascending the throne.

Therefore, he created a stone with a massive anvil and thrust his sword into it. Whoever draws the sword becomes king of England, was written on the stone. No one but Arthur succeeds. On the day of his 15th birthday.

Geoffrey's book has succeeded in many countries. But even in its time it was raising doubts. Geoffrey claimed to have based most of his stories on a translation of an ancient work given to him by his friend, the priest. However, he never showed the work.

Modern historians also point to a lack of archaeological evidence supporting Geoffrey's version of history. They are convinced that Geoffrey, like Nennius, combined in Arthur's military victories and other details from the lives of several different men. The goal was to create the Celtic superhero that the British needed at the time.

The Turmoil of War Gradually Changed to a Romance

In Geoffrey's book, Arthur is a conceited, violent, and ruthless warrior. However, in the 12th century, the poet Chretién de Troyes also shows us his romantic side in his Arthurian stories. 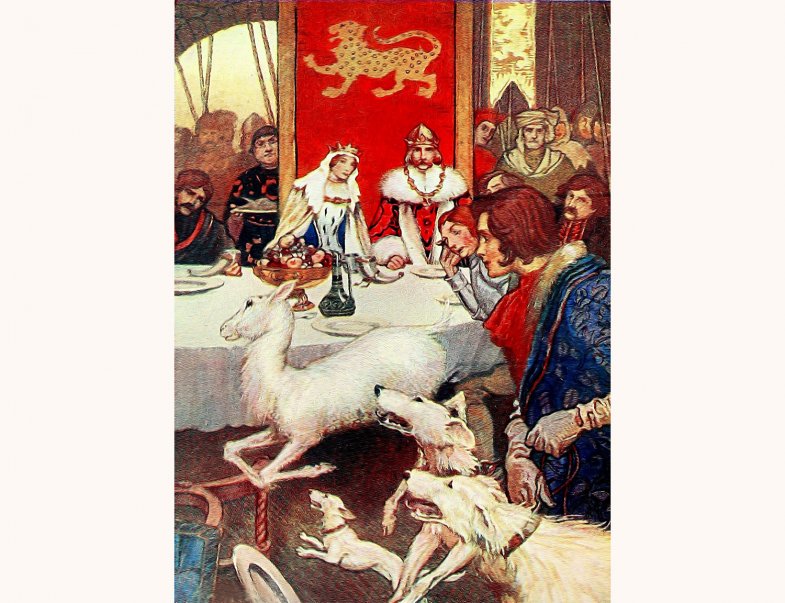 He introduces us for the first time to Sir Lancelot and his relationship with Queen Guinevere (Lancelot later became the most important figure in the legend and pushes Arthur into the background). For the first time in his work, he also named Camelot as Arthur's seat, and the storyline of the search for the Holy Grail of Jesus Christ begins here, which later became one of the pillars of Arthurian romance.

Only a few decades later, the Vulgate saw the light of day — a series of French stories. Lancelot's affair with Arthur's wife Guinevere, but also, for example, Merlin's life, once again comes to the foreground.

How Was it With Lancelot and Arthur's Death

Sir Lancelot had an affair with Arthur's wife, which the legendary king couldn't let go. After unsuccessfully conquering Lancelot Castle, it was agreed that Lancelot would leave Britain and go to France. It wasn't satisfying enough for Arthur and he followed him to the continent of Europe. He left the administration of the kingdom to his nephew Mordred. This turned out to be a mistake, because Mordred took a liking to the kingdom and Arthur's wife Guinevere. As a result, Arthur returned, and in the battle of Camlann, he and Mordred mortally wounded each other.

The Major Work on Arthur Was Probably Born in Prison

All previous stories and mentions of Arthur were combined into one work by the Englishman Sir Thomas Mallory. It was called The Death of Arthur and was the first book about Arthur's life in English. The noble Briton from a good family who wrote it often struggled with the law, so he made up most of the story in prison. 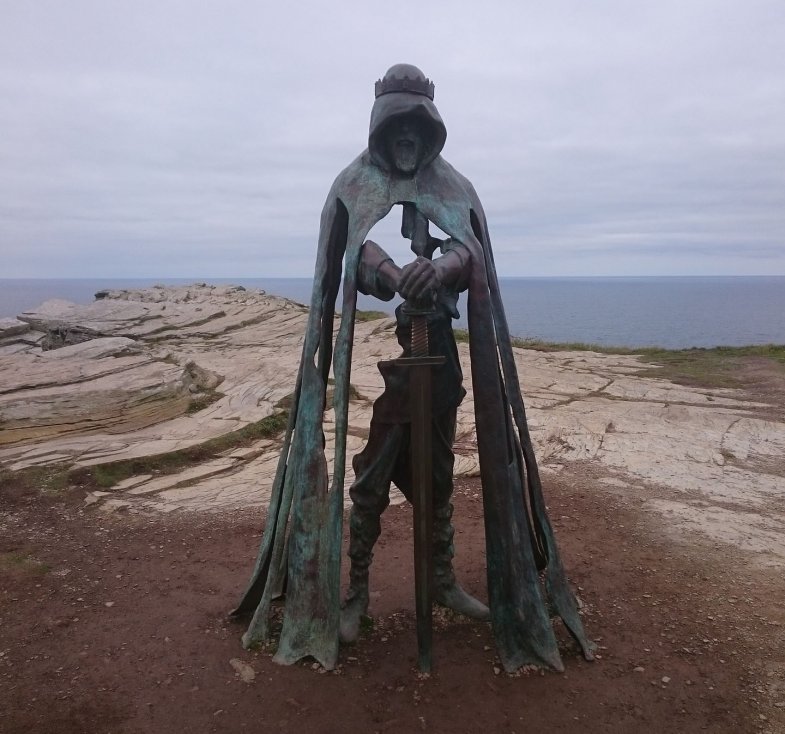 The 1485 book became a best seller, Mallory influenced many British authors, as well as the American Mark Twain, who in 1889 published the short story titled Yankee of Connecticut at the court of King Arthur.

Arthur Existed, but in a Different Form

Historical sources from the post-Roman period are rare and there isn't much archaeological evidence for the existence of King Arthur. The so-called Arthur's stone, found in 1988 in Arthur's alleged birthplace - in the ruins of Tintagel Castle - or the Glastonbury Cross, has not been confirmed as evidence and are accused to be counterfeit. Arthur probably existed, but he was someone completely different from the one mentioned in the legend.

Maybe that's good. Otherwise, you wouldn't be able to immerse yourself in magical stories in books, plays, musicals, movies or even Arthurian-themed comics. Or how about trying King Arthur's life right away?