Home ArticlesInteresting facts of the past Julius Caesar, a Crafty Military Leader and a Prominent Figure of Antiquity

Julius Caesar, a Crafty Military Leader and a Prominent Figure of Antiquity 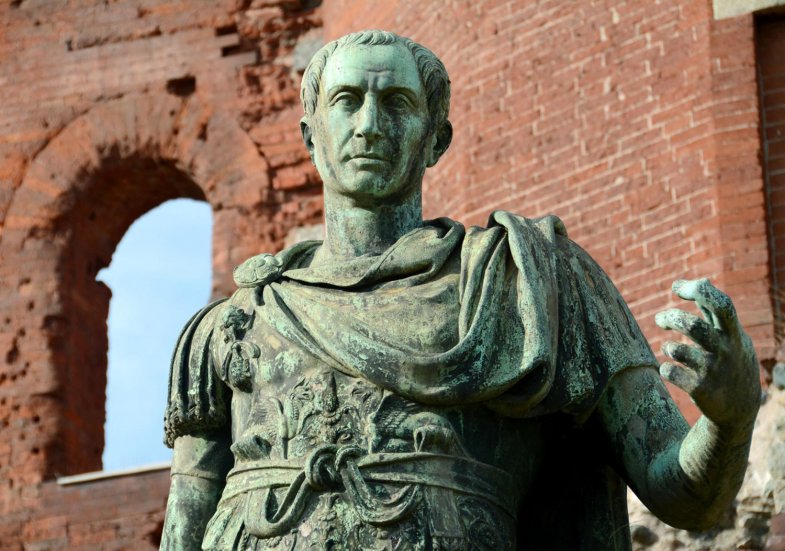 Let's travel back to the times of deep Antiquity, the times of Pythagorean theorem, Spartacist uprising and the birth of Cleopatra, the second daughter of the Egyptian king Ptolemy XI. In those times, one of the most powerful leaders in history started writing his story in Rome, Gaius Julius Caesar. Dive into some interesting facts about the life of this notable leader!

Caesar, but not a caesar!?

Despite what you might have been told in history lessons, Caesar was not a Roman emperor (caesar).

His name would suggest that he was a caesar, but he wasn't. The word “caesar” meaning emperor was derived from the third part of his Roman name (surname).

It wasn’t until Octavian (full name Gaius Iulius Caesar Octavianus, or Augustus), who was adopted son of Julius Caesar, that “Roman empire” was established. Octavian was the first Roman emperor and he reigned between 27 BC and 14 AD.

But here are some things that Caesar undoubtedly was: a powerful military leader, a clever statesman, and a dictator.The last title was attributed only for notable victories or political achievements, it made Caesar the commander of the people, the infantry, and the highest praetor, one of the two highest Roman officials.

Caesar was born in 100 BC and died in 44 BC in Rome. His family were patricians, i.e., Members of Rome’s original aristocracy, entitled to participate in government functions in the city. Julius had two sisters, both named Julia. One of them was married to Caesar's rival and warlord, Pompey the Great.

Caesar - a fugitive and warlord

When Julius' uncle (consul Marius) died, who lost a civil war to the politician and dictator Cornelius Sulla, Caesar had to flee Rome.

After Sulla's death, Julius returned to Rome. And this time, he had remarkable experience in negotiation. As a newly elected Roman army officer, he led several successful campaigns into Hispania. In Caesar's time, soldiers used short swords called gladii (gladius in singular). Those weapons were ideal for combat in formations.

In Rome, Julius Caesar had to face and fight against the interests of the conservative, wealthy and influential Roman citizens who were pushing for a Roman Senate at any cost. Together with the politician Marcus Licinius Crassus and Pompey the Great, they formed an informal political alliance known as First Triumvirate.The Triumvirate helped Caesar rise to the position of consul (the highest civil and military official). He proposed a bill allowing redistribution of land among the poor.

The most prestigious institution in the Roman Republic was, however, the Roman Senate. It contained 300 wealthy senators. Senators had the power to dismiss officials, managed the state finances, passed decrees, and took care of foreign relations.

They followed customary law, which was handed down through generations. As customary law consisted of tradition-based and often unwritten laws, disputes were nor rare.

Caesar’s influence helped him secure several provinces, such as Illyria or parts of Gaul, and he was able to gain more territory. In order to fund his campaigns, he plundered one Gallic city after another, and it was no secret that he sold tens of thousands of slaves.

4 facts you may not have known about Gaius Julius Caesar

2. Confiscation as the punishment for crimes against a member of a lower class.

As pontifex maximus (high priest of ancient Rome), Julius replaced the Roman calendar with a more accurate one, adding an intercalary day and reforming the old calendar in 46 BC. It turns out that the people of Ancient Rome did not fully understand how long it takes to Earth to revolve around the Sun. According to the astronomers of Alexandria, a year was 365.25 days long.

Caesar came up with the idea to add one day to the calendar every four years.Julian calendar was adopted and used until it was revised and replaced by Gregorian calendar in 1582. 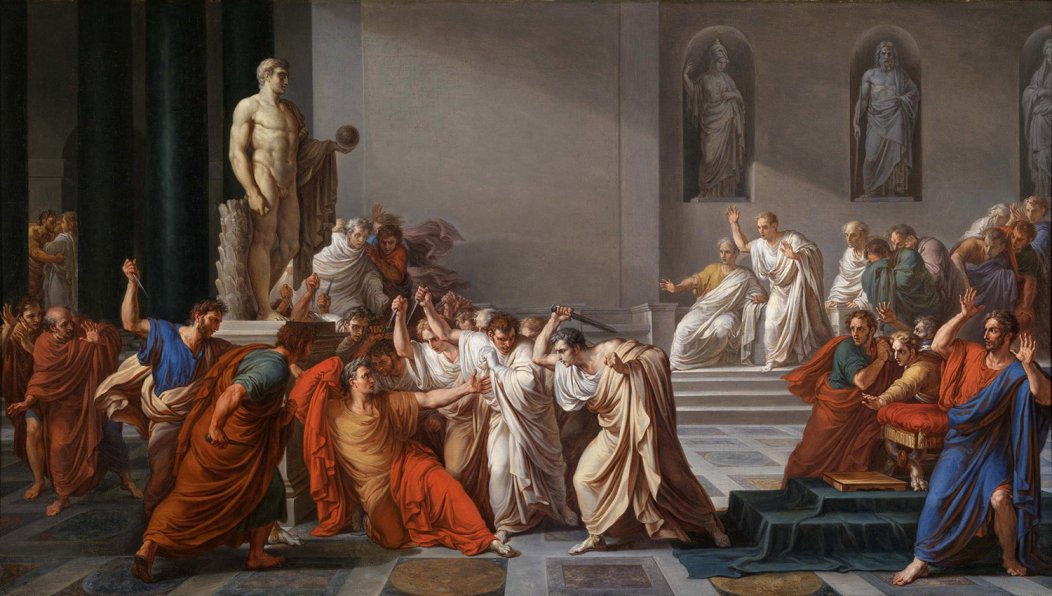 Caesar himself did not probably expect his words to become so popular. What are his most famous quotes?

Veni, vidi, vici (I came, I saw, I conquered) is a phrase popularly attributed to Julius Caesar after he achieved a quick victory in a short war against Phrarnaces in 47 BC. The phrase refers to his swift, conclusive victory.

When Caesar was in Gaul with his troops, the Roman Senate backed up his rival, Pompey the Great. Pompey ordered Caesar to disband his troops. This would cause Caesar to lose all political influence in Rome. Caesar refused and marched his troops towards Rome instead, crossing the Rubicon River on the way. Had he returned to Rome without his troops, he would have been an ordinary citizen liable to prosecution, so he decided to defend himself. It was at this point that Caesar uttered the famous Alea iacta est, meaning “The die is cast”.His act started a civil war, from which he emerged victorious, and assumed the reign over Rome.

On March 15, 44 B.C., as Caesar was sitting under Pompey's statue in the Senate, a group of conspirators led by Marcus Junius Brutus attacked him and stabbed him to death. Caesar considered Brutus his son. According to Shakespeare, Caesar’s last words were: Et tu, Brute? (Also you, Brutus?) Upon uttering this, Caesar stopped fighting, received 23 stab wounds and fell to the ground.

Interested in Antiquity? Read our article on Roman gladiators.