General Saladin Was Respected by Muslims and Christians

He was a generous monarch and a respected military leader that is how by soldiers and others talked about Saladin. In the twelfth century, he was one of the main figures in world events. The Muslim ruler was also recognised by Christians, partly due to his friendly gesture which helped his opponent Richard the Lionheart fight. It was a rare relationship between these two men which was based on recognition and respect. Who was the famous Saladin and why do the people in today's Syria still remember him?

They looked up to him with admiration for his name and mainly for his actions. He was born as Salah ad-Din Yusuf ibn Ayyub and was a Kurdish Muslim. He later became a military commander and founded a dynasty that controlled the territories of present-day Egypt and Syria. In the west, the twelfth-century monarch is known mainly as Saladin, more precisely Salah ad-Din, but that wasn't his real name. It was an honorary nickname that can be translated as Godly. As that is how he really was.

A Pious Man Who Conquered Jerusalem

The most famous act that accompanies his name is the victory of the Battle of Hattin in 1187. Saladin and his army broke the by Crusaders domination in the Holy Land and forced the surrender of the Holy City of Jerusalem. He later established a ceasefire by concluding an agreement with Christian rulers that allowed Christian pilgrims to visit Jerusalem safely.

He's not only recognised in the Arab world for his nobility, military tactical knowledge and bravery. To this day, the name of Saladin is revered by Muslims and Christians. According to legend, when he conquered the Holy City, he swore that this would end the bloodshed and that anyone who wishes to visit Jerusalem won't be harmed. It was an important step, as he spoke of a place that is sacred to both hostile religions. That's why, regardless of their faith, Saladin of Kurdish descent, was recognised by rulers throughout the world at the time. 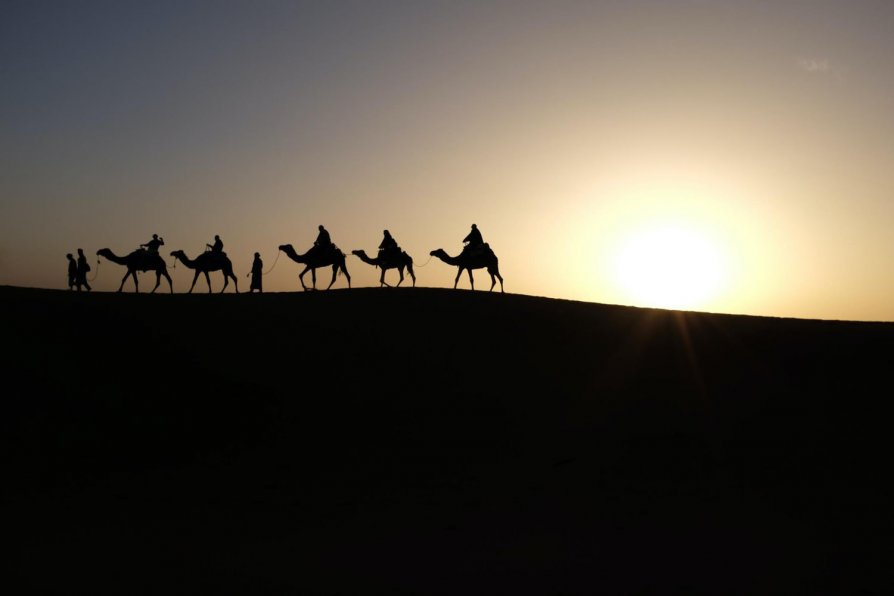 He Was Famous for His Nobility and Wisdom, Although He Didn't Live to Be Very Old

He was born in 1137 and only lived to be fifty-five years old. He's buried in Old Damascus in present-day Syria. Hundreds of people visit his grave on a daily basis. As a military leader, he confessed to his then ruler Nur ad-Din, until his death in 1174. Then Saladin declared himself Sultan. His subsequent political steps consisted of expansionary military actions. He first marched against the smaller neighbouring states and, after expanding his territory sufficiently, he embarked on the struggle with Christian Europe.

He prospered in the battles with the Crusaders, until November 1177, when he suffered a bitter defeat at the Battle of Montgisard. He wasn't the type of man to give up. After ten years, he managed to crush the crusade and conquer the Holy City. Therefore, Jerusalem fell into Muslim hands after 88 years of crusader possession. Although Saladin promised that Christian pilgrims would be able to continue visiting the city, his act provoked a third crusade, which had only one goal. Richard the Lionheart tried to reconquer Jerusalem. 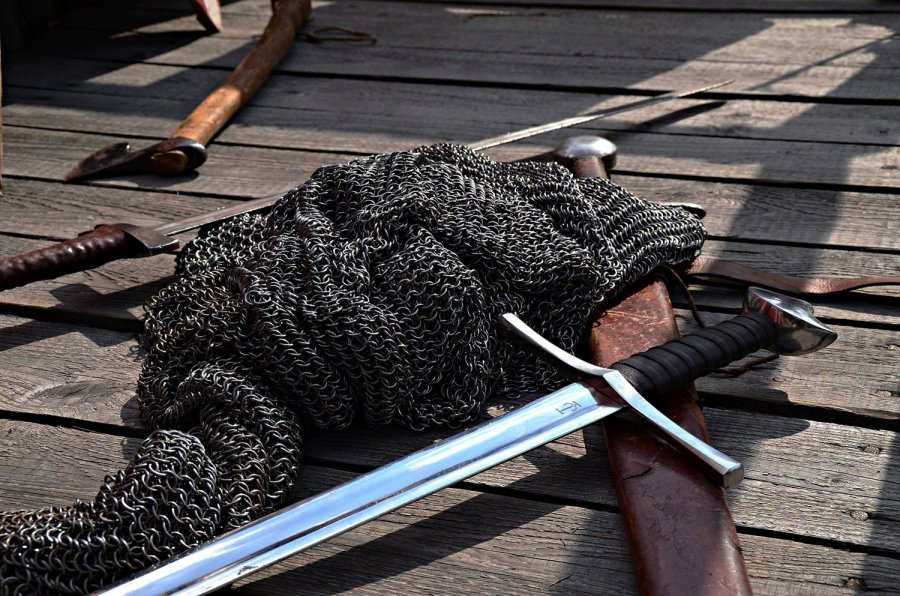 After more than a year of negotiations and a series of military manoeuvres, however, the crusader troops withdrew and recognised their final defeat. During Richard's negotiations with Saladin, the two rulers never met personally. Saladin was represented by his brother and the Lionheart by Baron Onfroy of Jerusalem.

One of the most famous legends regarding Saladin's nobility is that of a horse he gave to the enemy. This occurred during a battle with the Crusaders, led by Richard the Lionheart. The horse ridden by the Christian king was killed in battle. When Saladin learned of this, he sent Richard another horse, even though they were officially enemies. Thanks to this helpful gesture, Saladin proved to the Christian world that he was an honest ruler.  From that moment, the two men had respect for each other, and Richard was responsible for the fact that many European rulers had respect for the Sultan.

Saladin Conquered Jerusalem Due to a Number of Advantages

If we compare the Crusaders armour with the Saracens, we would immediately find several advantages that play for Muslims. Their armour was lighter, which gave them a speed advantage over heavy-clad Christians, but at the same time they were more vulnerable. They only wore woollen cloaks over their ring armour and protected their heads with a plume helmet. The Muslims defended themselves against the massively armed crusaders with only a small round shield with a spike in the middle.

They often fought with a single-edged, specifically curved sabre, which again, was lighter than Crusader swords. Horses also helped them with their speed. Arab or Berber horses were about 20 centimetres less at the withers and were also lighter than their opponents' horses. Thanks to all this, Saladin's army was able to unite before the Crusaders. As we know, speed and the moment of surprise ultimately decides. 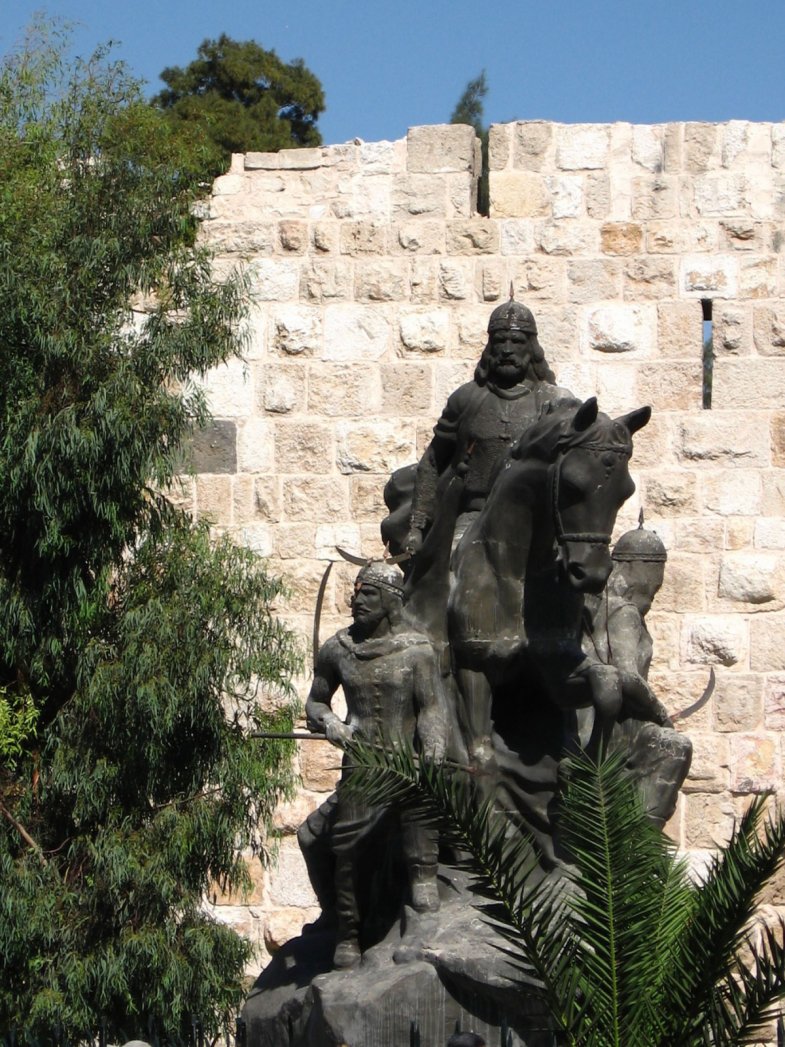