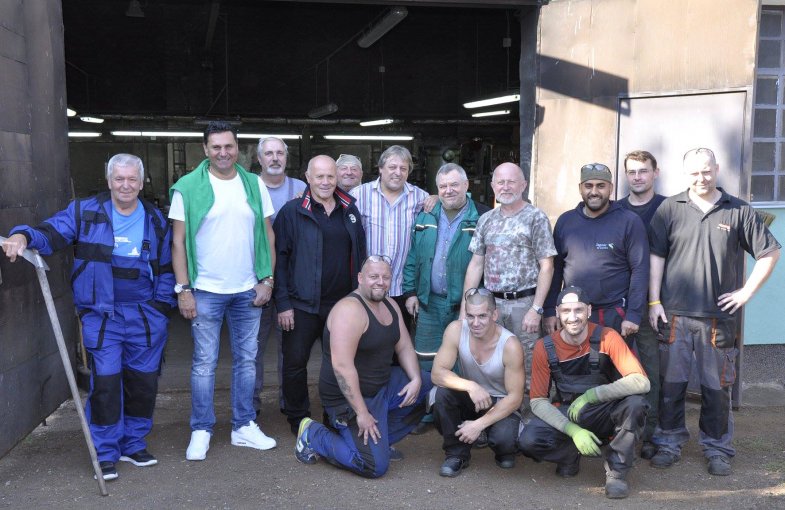 The company KOVEX ARS s.r.o. was founded by members of the historical fencing theatres "Fictum" and "Equites". This manufacturer specializes in the production of replicas of historical bladed weapons, plate armor and film and theater props on a professional quality level, made in a very authentic way. The sword blades are forged in a traditional way (under a drop hammer), ground, oil-quenched, tempered and polished. Kovex Ars products are known for their authentic appearance by passionate collectors of historical artefacts as well as swordsmen and members of historical fencing groups for their practical quality.

KOVEX ARS s.r.o. was founded in 1991. It was founded by three partners - Jan Jelínek, Jan Čengery and Miroslav Toman, in order to satisfy the great demand for replicas of bladed weapons of that time. They started a business immediately after the Velvet Revolution and their hobby became a regular job. The founders are longstanding members of the historical fencing theatres "Fictum" and "Equites". With these groups they visited most European countries, but also Japan! Their fencing show was a huge success in all these countries.

The Kovex Ars workshop specializes in the manufacture of historical weapons, plate armor and theatre and film props on a professional quality level. Their products are manufactured using traditional technological processes as far as possible. Their blades are processed with old technology - forging under drop hammer, grinding, hardening, tempering and polishing. The blades of all of their bladed weapons are blunt and therefore suitable for fencing at fencing shows and in public battles. All items from this manufacturer are covered by a two-year guarantee.

Among other things, this manufacturer is proud of making a sword for Prince William when he married Kate in 2011. They also made a plate armor for Arnold Schwarzenegger and for the Danish sword theater. Another exclusive contract was the participation in the production of an elevator for the Imperial Hotel in Karlovy Vary.

The replicas of KOVEX ARS s.r.o. have their owners in many European countries, but also in the USA. They satisfy passionate collectors of historical artifacts with the quality and design as well as members of historical fencing groups and reenactors with the high functionality of their replicas.