As you may already know, nothing is more important for a samurai than loyalty and honour. So, what about samurais who lost their master? Let’s travel back in time to medieval Japan, the samurai times, and read the story of 47 Ronin. You'll learn why loyalty and honour were worth more than life itself.

Ronin is a samurai who became masterless upon the death of his master or after the loss of his master's favour or privilege. Loosely translated, ronin is a vagabond or wanderer. If a samurai becomes masterless, he should, according to the Japanese code of conduct (called bushido), commit seppuku (suicide). If he chooses not to obey the code, the samurai is exiled and lives a life in disgrace and dishonour.

The ronin wore the same armour as the Samurai - usually two swords, mostly katanas, bō staff or jō staff, or a bow called a yumi. If you are interested in samurai equipment, read more about how to choose a quality katana.

As former samurais, the ronin looked for ways to make a living with their swords. Many of them became swords for hire, mercenaries - guarding wealthy merchants and their caravans. Some other Ronin, after losing their purpose and hope, became robbers, bandits, or criminals.

The Story of 47 Ronin

Shogun is short for Seii Taishogun, which translates to “general who overcomes the barbarians”. Shogun was a hereditary military dictator, emperor, and the ruler of ancient Japan.
1 Shogunate is a military government ruled by a shogun.

There were 15 shoguns at the top of Japan's high nobility until 1867. Their goal was to restore the glory to the declining shogunate system.

In 1701, the city of Edo was ruled by Tsunayoshi Tokugawa (Japanese: Tokugawa Tsunayoshi), who established a strict military dictatorship, fancy etiquette, and select manners at court. During his rule. the whole country lived in peace, with the last war more than 100 years ago. 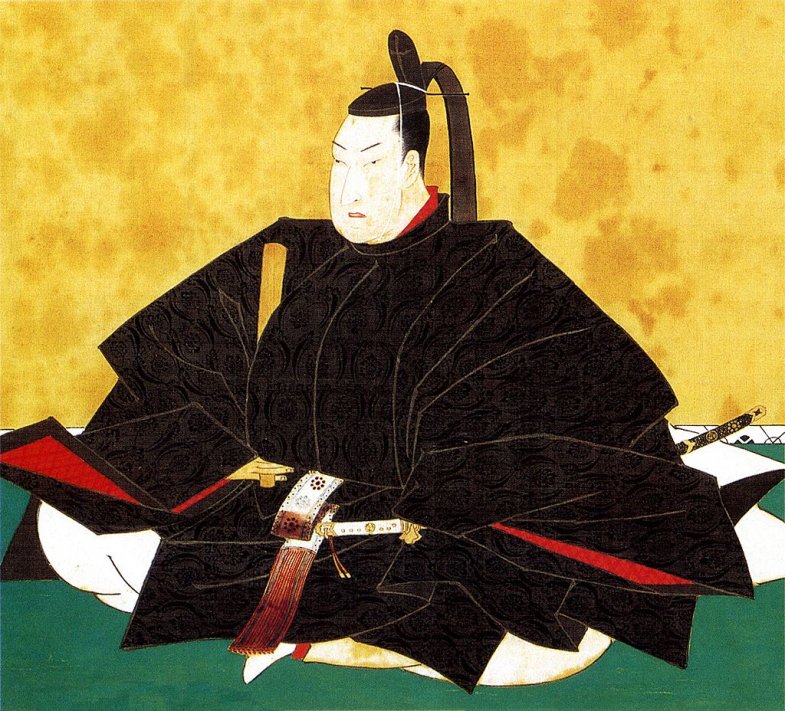 A young daimyō and samurai (a member of Japan's high nobility) named Asano Naganori arrives in town. Coming from a rural area of Ako, Japan, he is unfamiliar with the sophisticated manners of the capital city, Edo. To ensure that the man knows how to behave at the court, the shogun instructs his guardian, Kira, to explain to him the ways of the court.

Samurai in a nutshell

The medieval Japanese warrior is most famous for his unflinching loyalty to the emperor or another master. The Samurai followed the bushido code of martial virtues. If a samurai violated the bushido code, he became a ronin and had to live in disgrace and exile. The Samurai practiced kenjutsu, jiu-jitsu or kyudo.

Honour was the most important quality of a samurai. Falling into captivity was worse than death. A captured samurai often asked for the possibility to commit traditional suicide called seppuku.

Samurai had the right to behead anyone of the lower class who compromised their honour. Such a right is called kiri-sute gomen. If you want to read more detailed information about the Samurai, check out our article.

However, the proud Kira treated Asana disrespectfully, considering him to be a common peasant, Asana drew his sword on Kira. Such conduct was not permissible, because someone of lower class could not pull his sword at a member of the upper class. Asana had to commit seppuku for his offence. When Asano died, his samurai subjects in Ako became ronin.

Seppuku, sometimes referred to as Harakiri is a form of Japanese ritual suicide in which a samurai has to cut his belly open, drawing the blade from left to right. The weapon used was traditionally a Wakizashi sword. 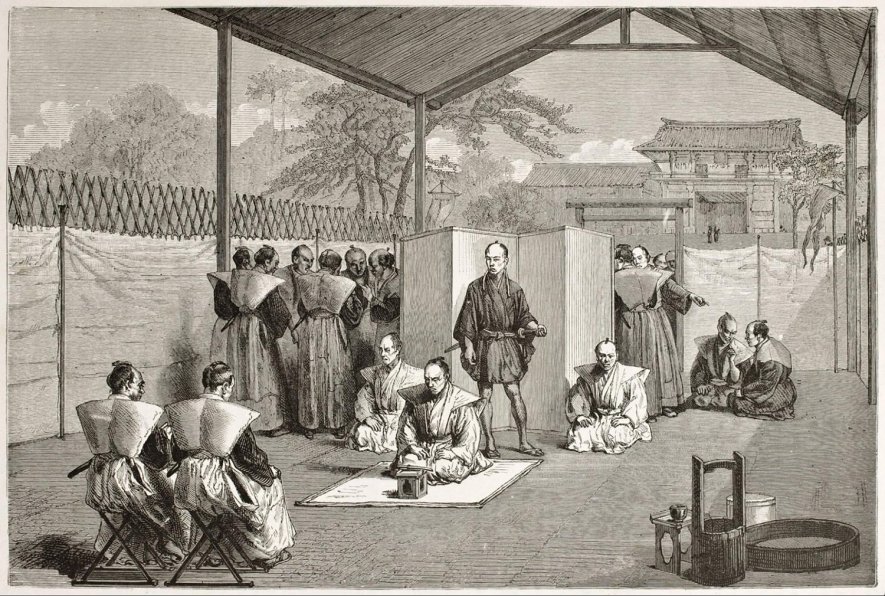 As soon as Asano's loyal guardian and samurai Oishi Yoshido learned of his master's death, he began plotting his revenge. He considered the execution unjust. But the wise Oishi knew that now was not the right time for revenge, because the shogun might have expected the attack.

So, Oishi waited. After two and a half years, he chose 47 of the bravest ronin who were willing to avenge their master's death. On the night of January 30, 1703, the 47 ronin stormed Kira's mansion and surrounded it. As men of honour, they offered to Kira to commit suicide. As Kira refused, they beheaded him.

The 47 ronin then placed Kira's head before the shogun's throne and expected to get arrested. The shogun restored their samurai honour, and instead of executing them, he allowed them commit seppuku and leave this world with grace. 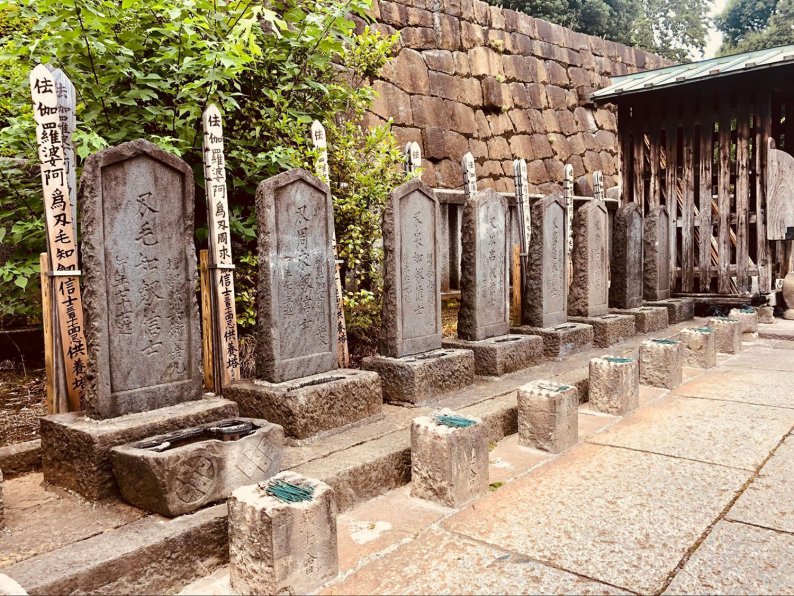 The ronin were buried near their master at the Sengkuji Temple in Tokyo. To this day, the story remains popular in Japan, and each year on December 14, Sengakuji Temple, where Asano Naganori and the rōnin are buried, holds a festival commemorating the event.

OUR TIP: Do you find the story of the 47 Ronin fascinating? Watch the film 47 Ronin starring Keanu Reeves. The story may be adapted, but you might still enjoy it!