Home ArticlesStatuettes Anubis, the God of the Underworld

Anubis, the God of the Underworld 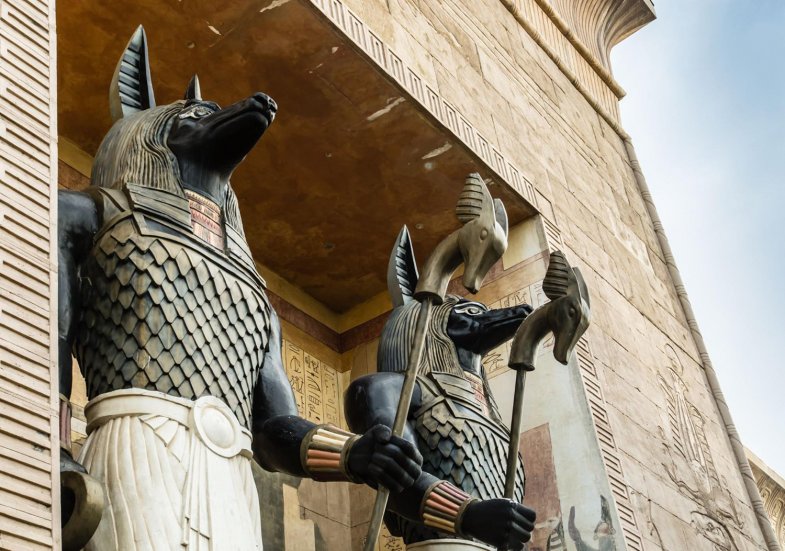 Did you come back from your holidays with a mysterious black wolf-like figurine as a souvenir? If so, then read carefully, for it may hold more secrets than you suspect! Anubis, often depicted with a canine head, was the old god of Ancient Egyptian religion. His role was to guide spirits to the underworld. Read our article about old Egyptian characters and uncover ancient mysteries!

Who was Anubis or Anoup?

Anubis, also known are Anoup, Inpu, and Inpu was one of the oldest Ancient Egyptian gods, the god of death, mummification, cemeteries, and the afterlife. He was also the patron of embalmers. The name Anubis probably means He Who is Upon his Sacred Mountain, or He Who Is in the Place of Embalming. Some iconographic manuals associate Anubis with Socrates.

Most artistic depictions portray Anubis as a humanoid with a canine head (a therianthrope). The canine creature was probably African wolf - but it is often wrongly described as a jackal. Anubis was also the arbiter of human souls, weighing the purity of human hearts against the Egyptian standard of justice - he was often depicted holding scales. In other depictions, you will see him portrayed in armour as the protector of the goddess Eset.

His body was black, resembling the appearance of bitumen - the resin we know today as asphalt. In ancient Egypt, bitumen was used for medicinal purposes, and it was used as a preservative for mummies, instead of expensive resin. The colour of bitumen was associated with fertility and rebirth.

Anubis also wore a loincloth or schenti. On his head, he wore the headdress of nobility, resembling a scarf, down along both sides of his neck.

Anubis and the First Mummification

The first references to Anubis come from hieroglyphics on the walls of Egyptian pyramids, called the Pyramid Texts. The Pyramid Texts are the oldest funerary texts that are meant to enable the transformation of the deceased souls into beings equal to gods. The earliest Pyramid Texts date back to around 2350 BC, the times when the Pyramid of Unas was built.

According to some sources, Anup was the fourth son of the god Re, or the illegitimate child of the god Osiris and his sister Nephthys - but he was nursed and raised by Osiris' wife, the goddess Eset. Together with Eset, they were said to reunite the parts of her murdered husband’s body and make him whole again. Some Egyptian legends have it that Anubis used his own skin to help Osiris come back to life. In doing so, he performed a kind of first mummification.

Lighter Than a Feather

As the guardian of the deceased, Anubis is often associated with the “opening of the mouth ceremony” - an essential component of the Ancient Egyptian mortuary ceremony, which allowed the mummy to use eat and drink in the afterlife. The ceremony was also performed on objects - statues of gods, kings, or other deceased, but also amulets or coffins, the mummies, and their sarcophagus.

Moreover, in the underworld, Anubis accompanied the souls of the deceased to the final judgment, during which the hearts of the deceased were weighed on scales. If the heart was lighter than a feather, the soul was granted access to the eternal paradise (A'Aru). 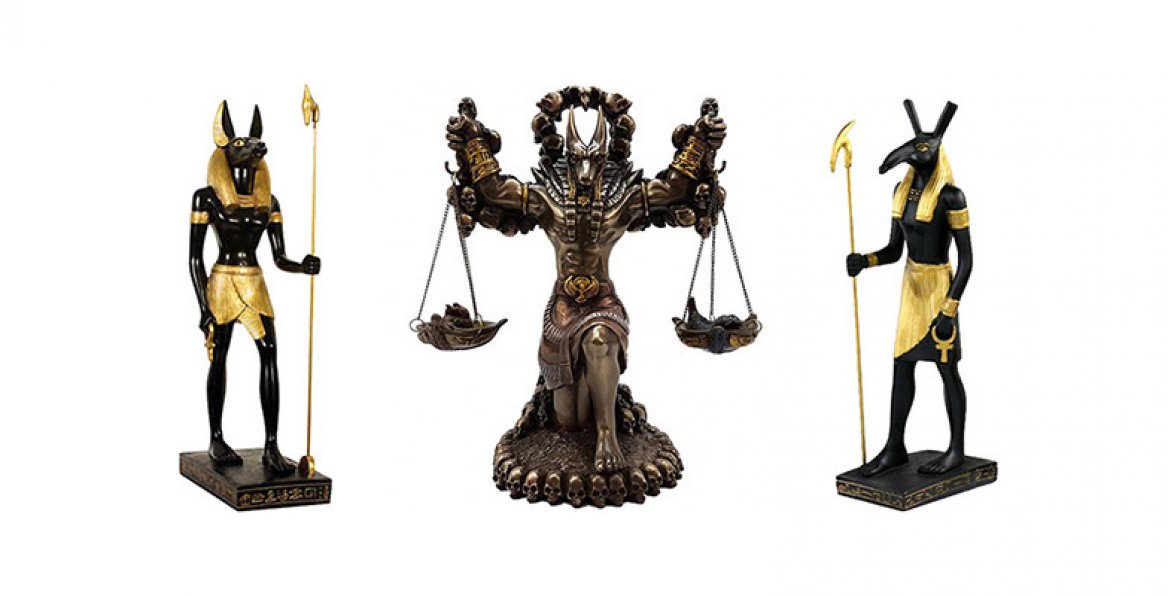 People born between November 26 and December 27 are born under the sign of Anubis (equivalent of Sagittarius). These characteristics of the sign Anubis are compassion, self-control, independence, sense of adventure and passion for risk-taking.

People born under this sign love excitement, they tend to travel or stay active and seek dynamic environments. They believe in love and friendship, and they are not afraid of commitment. They are passionate and romantic. On the other hand, they also tend to be selfish and unwilling to give up on their pleasures.