Home ArticlesInteresting facts of the past Three Musketeers vs. Real Musketeers 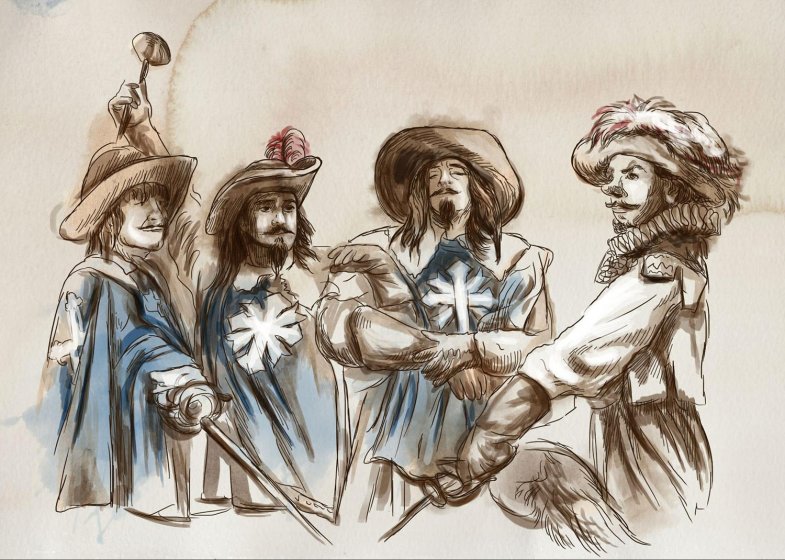 Athos, Porthos, Aramis and d'Artagnan. In most people, those names invoke the image of brave swordsmen with ostrich feathers in their hats, rather than the image of infantrymen with several bottles of gunpowder at their waist. But the latter image is how musketeers really looked like. How different were they from the musketeers in the famous novels of Alexander Dumas? Read on.

Musketeers were the backbone of the 17th century European infantry. They wore a typical Musketeer uniform consisting of a shirt, vest, trousers, sash, and a musketeer hat with feather. They carried muskets, which was their primary weapon.

No Gunpowder, No Shot

Muskets had a matchlock, a slow-burning match (piece of rope) touched to the gunpowder, which made the weapon shoot upon ignition.

Although the musket-shot could go as far as 200 to 300 metres, the loading or re-loading was rather lengthy and complicated. This is why musketeers were accompanied by pikemen with a spear in the same battle formation. The imperfect matchlock was eventually replaced by the flintlock, typical for flintlock pistols. 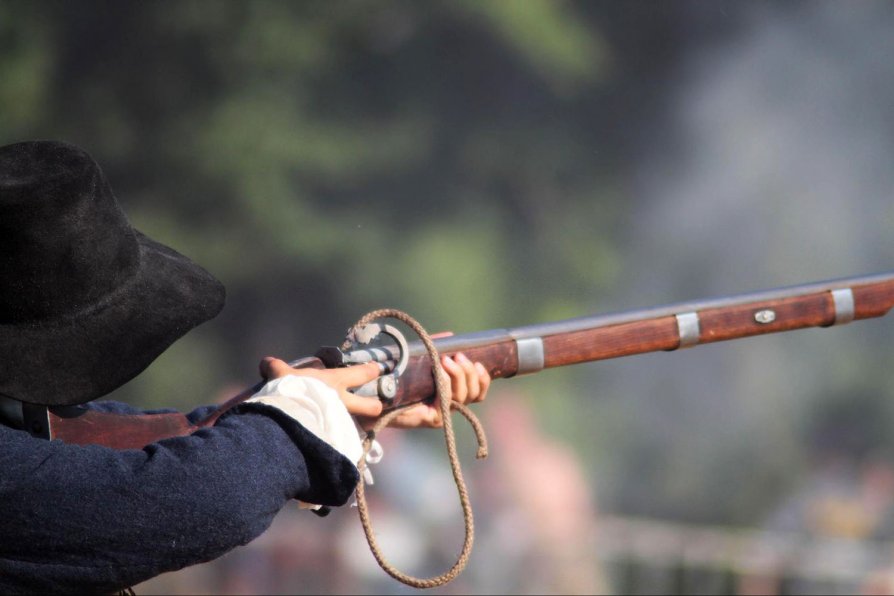 If their supply of gunpowder ran out, they still had bayonets – knife-like weapons attached to the end of their muskets.

And then there were King’s Musketeers, whose primary task was protecting the King. The members of the Royal Guard preferred cold weapons. Gunpowder, matchlock, and firearms is something we don’t see in the novels of Alexander Dumas, written between the years 1844-1850. The trilogy tells the story of the nobleman d'Artagnan and his friends Athos, Porthos and Aramis.

The famous Musketeer heroes were depicted as skilful swordsmen, who fought every enemy off with their rapiers or other types of fencing swords. Their skill was needed. They had a very important task - to always protect the king.

Both the books and the film adaptations of The Three Musketeers often take place at the royal palace. However, the historical reality was a little different - the royal guards were only allowed to protect the king outside the palace. They weren't allowed inside.

Another interesting fact is the noble origin of the Musketeers. In the novel, only Athos was known to have a noble origin. In the actual history, only men of noble blood could become King’s Musketeers and enjoy the privilege and the honour of defending the king.

The Three (or should we say four) Musketeers were not just fictional characters.

Alexandre Dumas may have adapted some aspects of his Three Musketeers (some even say, he stole the story from his colleague Auguste Jules Maquet). But the main characters were based on actual people. 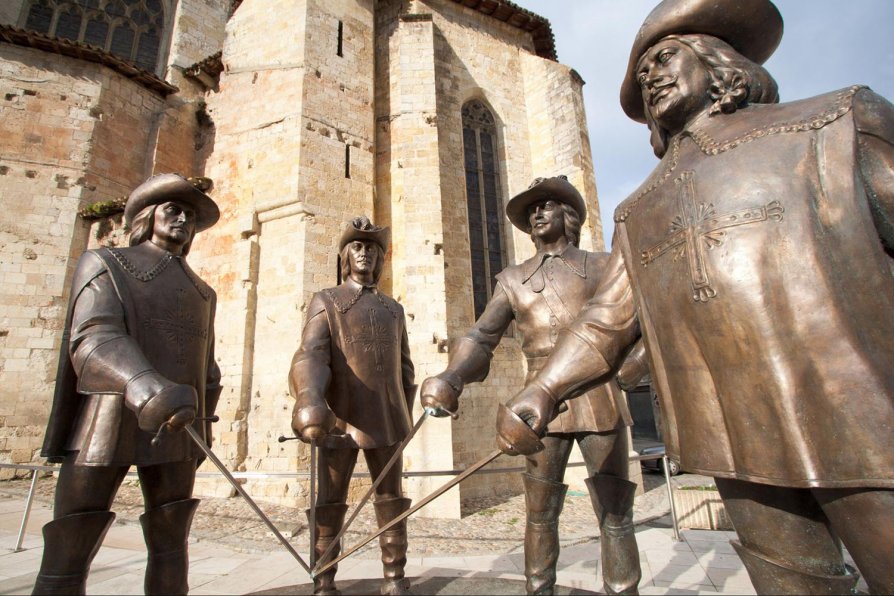 D'Artagnan Was Not Noble

Except for d'Artagnan, all Musketeers were of noble birth. D'Artagnan only became Musketeer because of his father who had been Henry IV's guard, but unfortunately died while protecting the king's life.

The young d'Artagnan sets out to follow in his father's footsteps but is rejected as a Musketeer because of his inexperience. He became a member of the royal guard (and later its commander) only through the intervention of a family friend, Madame de Treville.

The glory of the Musketeers gave rise to dozens of film adaptations. Hard to tell which one is the best.

The most adventurous and passionate depiction of the Musketeer friends Athos, Porthos, Aramis and d'Artagnan, can be found two-part adaptation from the years 1973-1974 (Los tres Mosqueteros and Los cuatro mosqueteros).

However, the most known adaptation of The Three Musketeers is the 2011 film of the same name, starring Logan Lerman as d'Artagnan and Orlando Bloom as the Duke of Buckingham.

And for true fans of the Musketeers, we recommend a rather strange film adaptation called Musketeer (2001). It is an Asian-style version of the skilful Musketeer swordsmen.

So which film is your favourite?