Home ArticlesInteresting facts of the past Slaves, Thieves and Passionate Warriors. Who Were Roman Gladiators?

Slaves, Thieves and Passionate Warriors. Who Were Roman Gladiators? 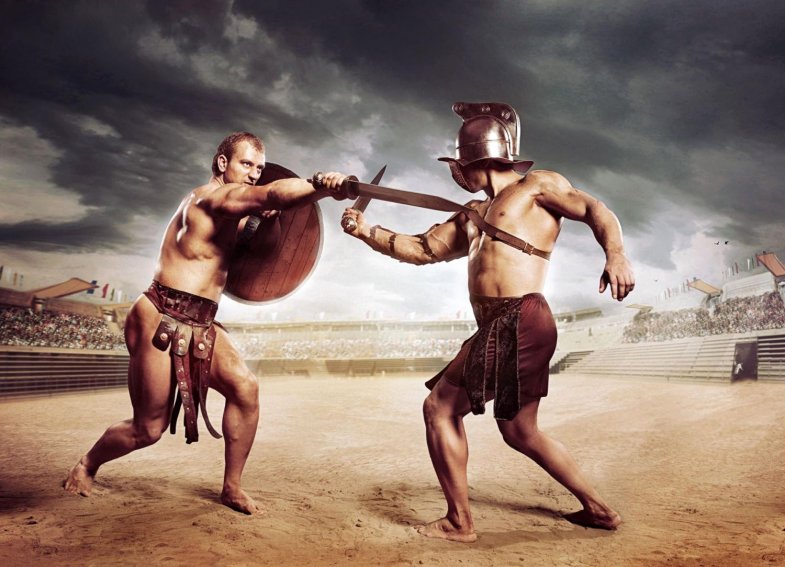 When you hear the word “gladiator”, you might imagine the sexy, muscular Russell Crowe, taking down one enemy after another to the epic music of Hans Zimmer. Well, sorry to disappoint you. But the reality looked a little different. Join us on the journey into the 1st century BC, into the golden age of the gladiator games.

Gladius - The Sword of the Roman Army

The term gladiator is not just a randomly-chosen, cool-sounding name for someone fighting to death in the arena. It is derived from the Roman sword called gladius (plural gladii). Gladii or gladius swords were commonly used weapons of Roman foot soldiers and by gladiators in the arenas.

Gladius was about 50–60 cm long, with a leaf-shaped blade and a rather tiny guard. Warriors used the sword for quick stabbing, only a few centimetres into the opponent’s body. You can read more about the Roman battle tactics and the Gladius sword in one of our articles.

Typically, slaves, captives and convicted criminals became gladiators automatically. However, a few chose to fight in the arena, even though they did not commit any crime. But all gladiators shared a single purpose - to entertain the audience by fighting among themselves or against wild animals.

But here is one fact that might surprise you. Not all gladiators were men.Roman girls were brought up and expected to do housework and to be the family caretakers, but some of them chose the path of a warrior. Female gladiators were called Amazons.

Gladiators had a tough job, but they were regarded as one of the lowest classes within the Roman society.But Romans did not all have the same attitude towards gladiators. Some of them showed gladiators respect for their courage demonstrated in arena fights. Many Roman women and girls admired them as the symbol of strength and passion.

But a gladiator had a single goal: to survive. Life-and-death fights in the arena could drag on for several minutes (if not hours) and required a great deal of energy. Gladiators were heavy eaters, because they needed to build up their strength and create a "fat-armour" protecting their vital organs from injury.

Gladiator fights were initially used to entertain guests at small private events, typically funeral ceremonies. The duels were called munera and were organized as a part of private events until the middle of the 1st century BC. Their popularity later grew so much that in 42 BC, gladiator games began to be organized by the state on a big scale.

In the times of the Roman Empire, the emperors arranged to be exclusive organizers of gladiator games in the whole country. Their gladiator contests became an extravagant entertainment.

Sometime during the reigns of the emperors Gaius Julius Caesar Octavianus and Tiberius, separate arenas or amphitheatres began to be built. An example is the Verona Arena, which is still in use today. The construction of the famous Colosseum began later, during the reign of emperor Vespasian between 70 and 72 A.D.

Much to the pleasure of emperors and the blood-thirsty audience, there were enough petty thieves and minor criminals in Rome. Private gladiator schools were established for minor criminals as well as volunteers in which gladiators were trained and cared for. Organizers of gladiator games would then come and hire fighters from these special schools.

Gladiators had to completely submit to the rules of their school and give up on any private life they might have had before. Daily hard training, but also successful triumphs in the arena resulted in strong rivalry between the members of the school.

Everybody knows him, mostly from the movies. Spartacus, the leader of the slave revolt, still inspires artists and filmmakers today. He became famous for escaping from a gladiator school near Capua. He organized a breakout that led to more than 70 gladiators escaping and then looting, burning down Roman estates and freeing other slaves on the way. It is said that Spartacus' army numbered several tens of thousands of men that successfully resisted the Roman troops.

Another famous gladiator was called Flamma. Flamma was a Syrian gladiator who lived during the reign of emperor Hadrian. He was exceptionally skilled, winning one contest after another. Flamma rejected freedom offered to him four times (by awarding him the wooden sword rudius). Instead, he chose to remain a gladiator.

Brutal Fights with Next to No Protection

Compared to gladiators, medieval knights had a big advantage on the battlefield - their bodies were protected from head to toe by armour and plate mail. Roman gladiators were much more vulnerable.

In the early 1st century BC, during the golden age of gladiator  competitions, gladiators wore only a helmet, a round shield and a spear or sword. Gladiator gear developed over time. The round shield was replaced by armour, the helmet changed its shape, and the fighters gradually covered their body with greaves, bracers and body armour. 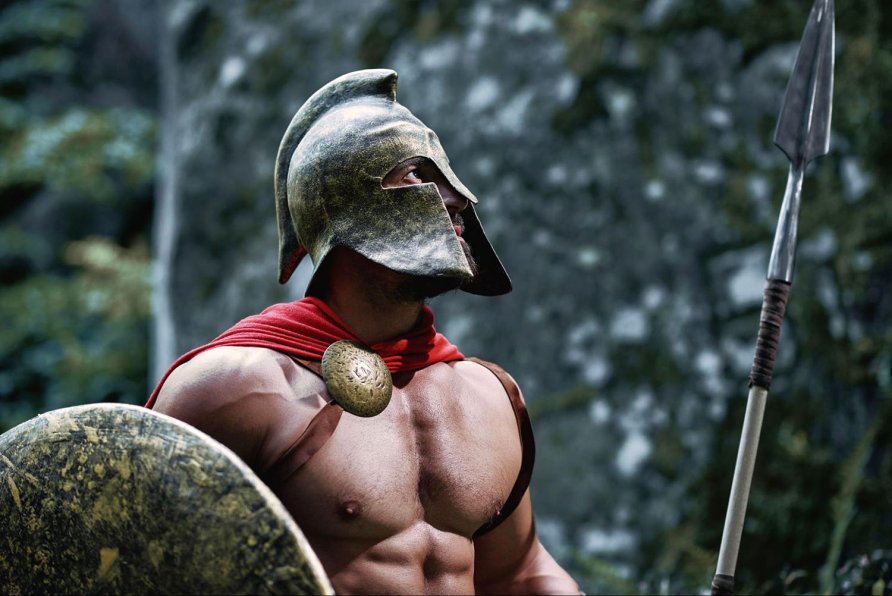 We distinguish different types of gladiators by their gear. The most famous types are:

Do you find gladiator games scary? Have a look at other eccentriries of Ancient Rome, combining unbridled entertainment and suffering.