Home ArticlesInteresting facts of the past Ancient Rome, Unrestrained Passion for Pleasure, but Also Profound Suffering

For the Romans, watching savage arena games related to unlimited drinking and enjoyment. However, the Roman people did not only lay foundations for games and public entertainment, but also for the development of the modern society. The famous thriving empire on the one hand, strict upbringing, and violent fights on the other. What made the Ancient Rome so unique? Discover a few more secrets.

Let us look at the period of S.P.Q.R., which comes from the Latin Senatus Populusque Romanus, meaning “The Roman Senate and People”. The words sum up two main entities of the government of the Roman Empire. The signature originated during the Roman Republic and continued in use under the Roman Empire. The four letters were considered the sovereign emblem of the Empire and appeared on Roman currency as well as on the armour of the Roman soldiers. Today, it can be seen in the coat of arms of Rome and on most of Roman manhole covers.

Romans Knew No Limits as Far as Entertainment Goes

Those who claim that we live in the wild and crazy times, and that it used to be much better in the past, might not be entirely right. Many things that took place in the ancient times would seem crazy, unimaginable, or at least strange to us today. For example, vampire stories that are so popular on TV today, were very real for the Romans. Gladiator blood could allegedly cure various illnesses, including infertility, and was used in medicine to cure patients. People would drink blood to improve their health and it did not strike anyone as odd.

The Romans went to public toilets to have a chat. It did not look like a group of girls fixing their make-up in a club. Men used to engage in passionate debates at Roman toilets. That is, when they were not participating in public festivities taking place around the city. These public events were organized by influential people with great care and attention to detail. Magnificent feasts lasted for many hours and included more dishes than an ordinary man could possibly eat. But too much food was not an issue back then. It was perfectly normal for a person to eat too much and then go vomit so that they could resume eating. 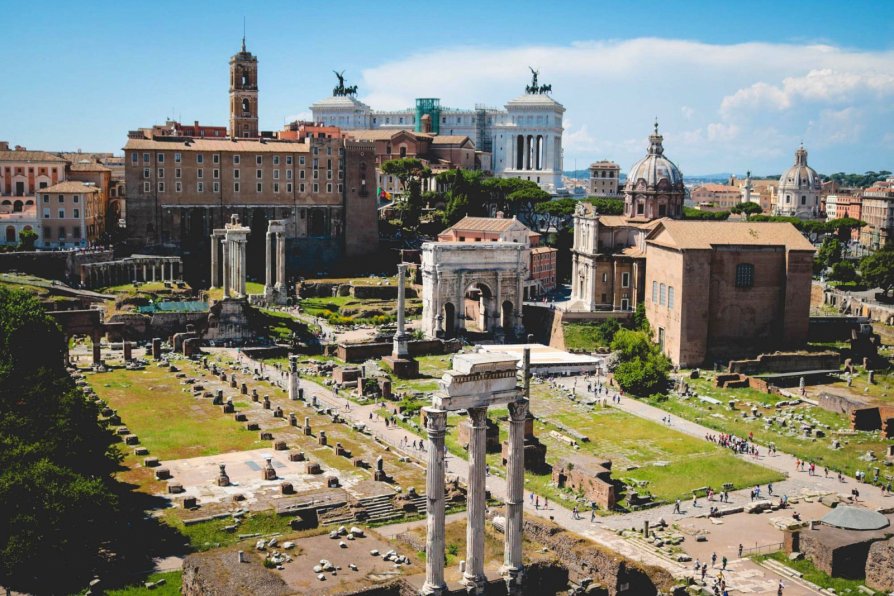 Soap Was Not a Thing

Beauty was an important part of life in the city life. Women tried to stand out and stay pretty. They dyed their hair regularly, using dyes made of goat fat, henna, ash, and bleach. Although they washed very often and generally had an exceptionally good hygiene, they did not need soap. All they needed was water and perfumed oils. Maybe that is why they often used tools for scraping off dirt, called strigils.

Toga, a typical cut of clothes, was worn only by single men. Both slaves and gladiators had to settle for what looked like rags that have not been washed for years. Urine was used for washing clothes. Laundry staff would regularly go around and collect urine from people. 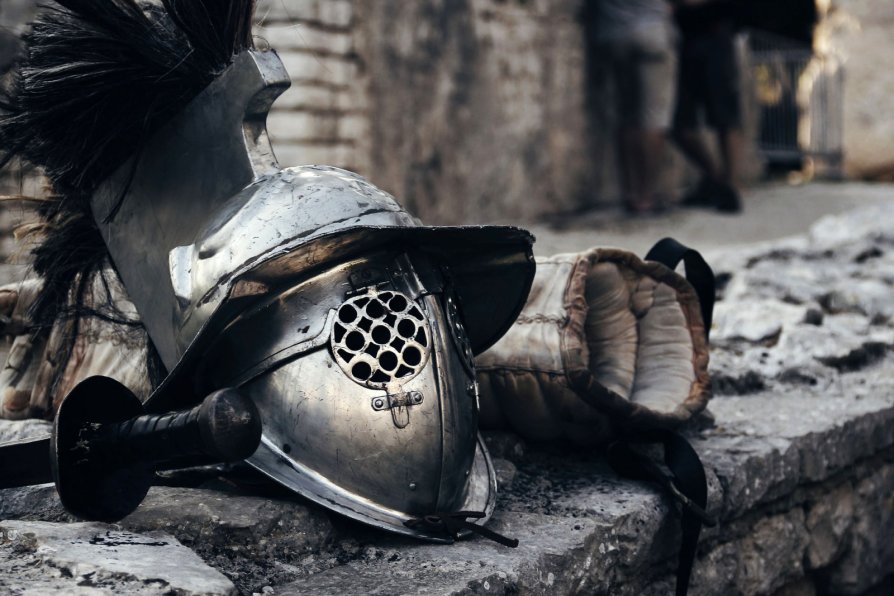 Penis as a Symbol of Happiness

Phallic depictions were considered by people to be sign of happiness. They wore it around their necks, hung on the doorknobs, and believed it would drive away evil spirits. This was especially useful for left-handers who were believed to be “unlucky” by default. A phallic amulet would be a lucky charm to partially outbalance this disadvantage.

And let us not depart from this controversial topic for a few more moments. In the first century BC, a poem was written by Gaius Valerius Catullus, addressed to two of his main critics. And he did not hold back! The poem was so vulgar and obscene that it was not translated from Latin until the 20th century. 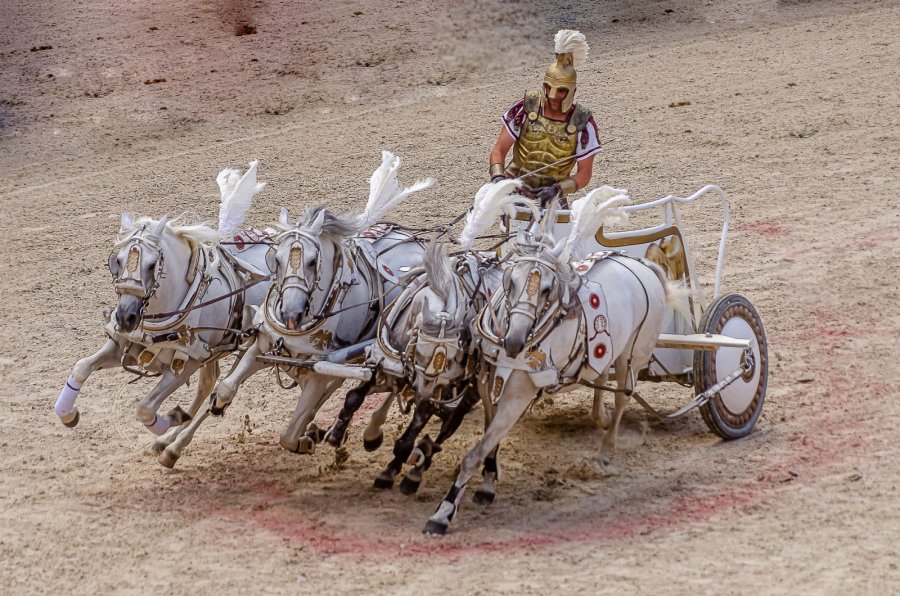 Not Born on a Happy Day? Too Bad!

Whatever you heard about the strict Spartan upbringing of children was not too different from the Roman ways. Shortly after birth, mothers placed their baby at their father's feet. If the baby was born on a happy day and the father wanted to keep the offspring, he picked it up and took it in his arms. With this, the baby was accepted into the household and the father assumed his parental responsibility. If he did not pick up the baby, the baby was thus “sentenced” to death. This did not happen only to children who were born sick or disabled. Sometimes, the baby was simply not born on a lucky day. We will probably never know exactly what fathers based their decisions on.

The name for the baby was also chosen by the father, it was not given to the child at birth. On the ninth day, and eighth for baby girls, a Roman purification ceremony called “Lustratio” was performed. During this ceremony, the child received a personal name and his parents hung a leather case with an amulet around the baby’s neck.

The goal of upbringing and education was to raise children to be respectable Roman citizens. The most important ideals during upbringing was ethics, dignity, piety, humility, and respect for the elderly. That seems not in line with what we know about the Roman pastimes happening behind closed doors! Young girls learned from their mothers how to manage the household. Boys were educated by their fathers from a certain age. Fathers taught their sons about the duties of a Roman citizen, they passed on the knowledge of the law, and helped them become a part of the Roman society. 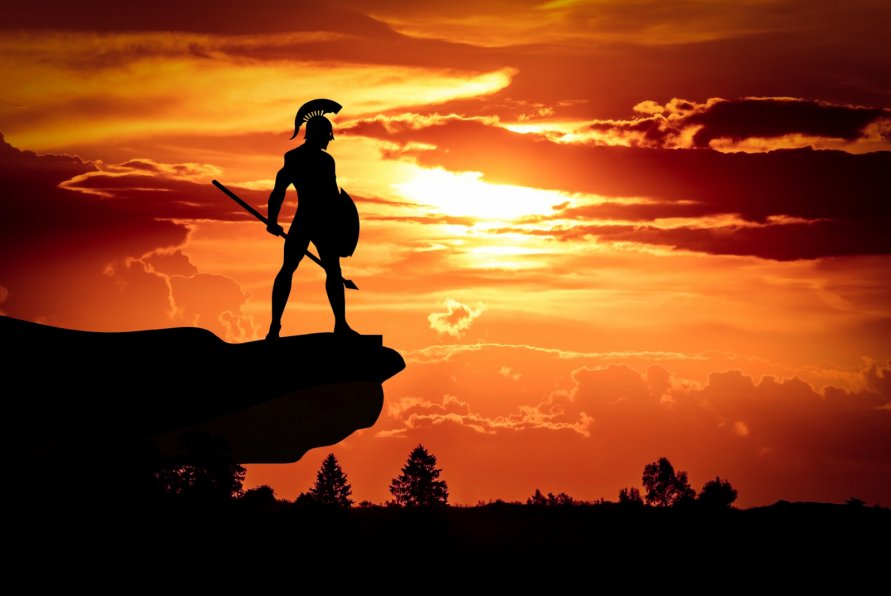 As a reward, fathers sometimes took their sons to the most exciting spectacle there was, the Roman gladiatorial games. From the rows of stands, people watched fearless slaves with swords or daggers in hand fighting for glory as well as their bare life.

Gladiators were not so easy to kill, they were protected by a layer of fat. Yes, you can forget about glorious men with a six pack! That was just not always the case. The fat protected the warrior’s body from deep cuts by a dagger that might inflict injuries to his internal organs. Gladiators needed strength, good physical build, and a lot of vitality to survive.

Helmets were indispensable parts of the fighter's gear. Historians who have studied the remains of gladiators agree that most of fighters died of head injuries. However, with each arena fight won, the chances of survival of gladiators grew. If the gladiator got among the top 15 percent fighters in the arena, the probability of death was almost zero. Some of the fighters were so popular with the masses that even if they lost a fight, the audience demanded emperors to grant them mercy. If a popular warrior did not have a particularly good day, he could survive and try again next time.