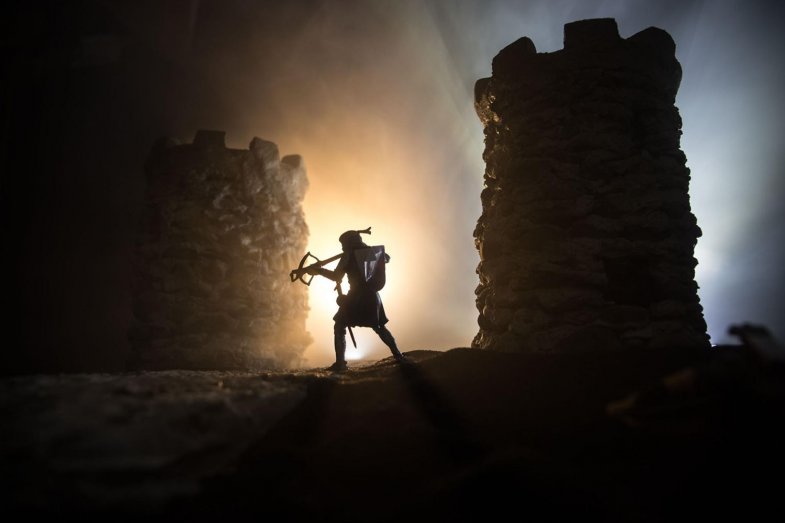 The origin of crossbows dates back to the times of ancient Asia. This mechanical weapon shoots bolts with a metal tip. Crossbows were most popular in the Middle Ages - it was the only weapon that could disarm a knight in chainmail armour, safely and from a distance.

Crossbows probably originated from bows as their modification – by adding a stock to the bows. The first historical mention of crossbow comes from a famous Chinese Warlord, Sun Tzu, living in 5th century B.C., namely from his work called Art of War. That makes crossbows one of the oldest historical weapons.

Independently of Asia, the Greeks were meanwhile working on their own version of crossbow, developing the so-called medieval stone bow around 400 B.C., an improved version of crossbow that shoots stone projectiles („bullets“) instead of bolts, and was used as a long-distance weapon on heavy battle ships.

Initially, the traditional historical crossbow wasn’t particularly popular. It was used during siege. Compared to the bows, crossbows were heavier and three times slower to fire - even a good crossbowman could fire 2, maximum 3 bolts per minute. Pulling the bowstring was physically demanding and took too much time. For this reason, pulley was widely used even in the Middle Ages to help with the bowstring. 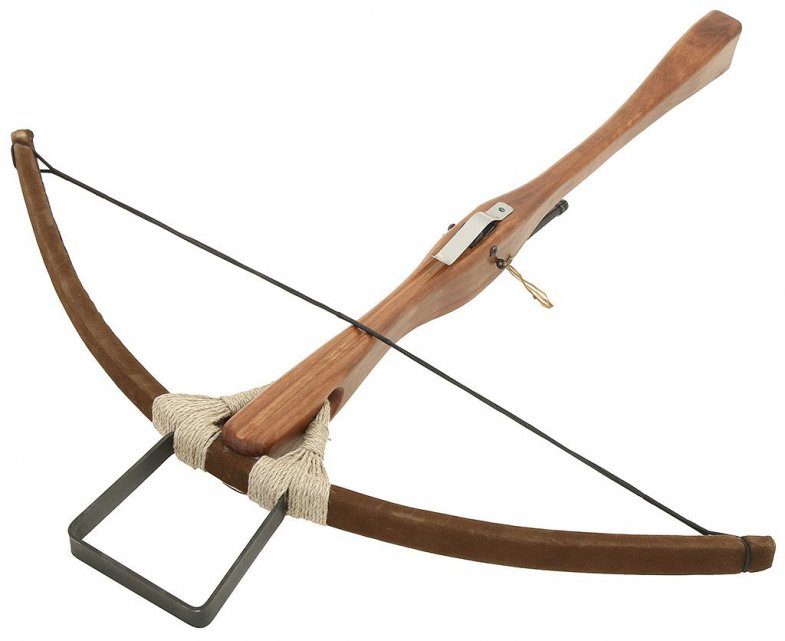 A Medieval Weapon That Pierces Chainmail

Medieval knights eventually began to like crossbows, because its bolts were able to penetrate both shield and chainmail, and could fly to distance up to 200 metres. An ordinary infantryman with a crossbow could seriously wound or kill an opponent in full armour. Another advantage was the fact that it was faster and easier to train men to use crossbows, compared to training archers with bows.

The popularity of crossbows in the Middle Ages is backed up by archaeological findings. Warriors in Normandy used them extensively during the war against the Anglo-Saxons in 1066 at the Battle of Hastings – crossbow bolts were discovered on the historical battlefield.

The use of crossbows was widely advocated by the famous English king Richard the Lionheart. Ironically, the king was killed by a bolt from a compound crossbow in 1199.

The Hussites also liked to use crossbows in battles. Hunting crossbows became largely popular, too.

Limbs are an integral part of the crossbow - originally made of wood, most often oak or ebony. Limbs were partly or fully wrapped in birch bark or leather to strengthen the limbs and to prevent injury in case the limbs break. 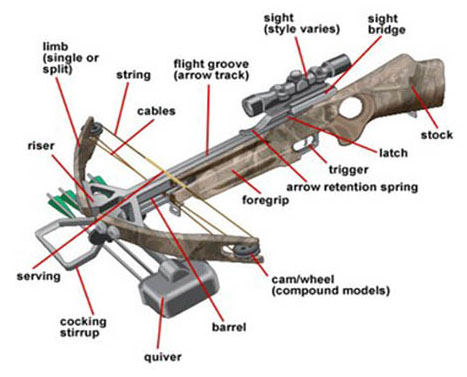 Later on, composite limbs became popular, with the inner side made of sinews and the outer side made of bone tiles. From the 15th century onward, wooden limbs was replaced by steel limbs.

The first crossbows did not have a draw mechanism, so the shooter needed to rest the weapon against his stomach or hold the limbs down with his feet in order to pull the string, using his own strength only. Around the turn of the 12th and 13th centuries, a cocking stirrup was added to the front part of the crossbow, allowing the shooter to put his foot through the stirrup, and to pull the string using a special belt hook.

Crossbow quivers were used to carry bolts. Quivers were typically made of wood and lined with leather, sometimes decorated with fur.

Take Your Crossbow to a Sports Field, But Stay Away from the Woods

The most commonly used crossbows used are non-compound crossbows, sometimes with folding limbs, lightened stock, or pistol crossbows. Before each shooting, however, make sure to equip yourself with quality accessories. For beginners or children, you can get a toy crossbow or a blowtube. If you think crossbows are too dangerous, you can go for slingshots instead. 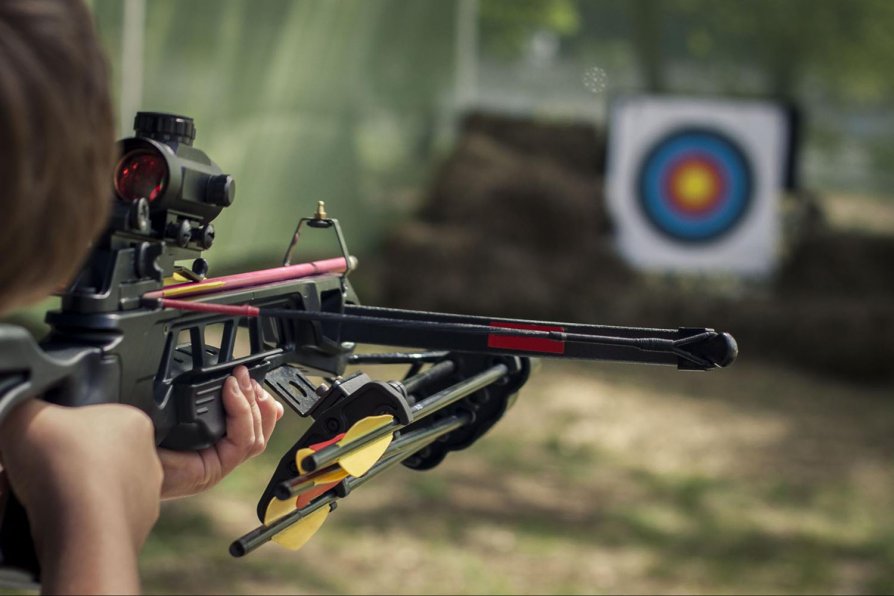 However, we have bad news for passionate hunters. In several countries (including the Czech Republic), hunting with crossbows is banned - rifle or shotgun are the only allowed hunting weapons.

If you want to learn more about crossbows, including the conditions for owning one, you can check out this article.